After a series of confidence-shattering incidents involving the failure of police officers to properly investigate other police officers, you would think Manitoba's justice system would go above and beyond to ensure the integrity and transparency of everything they say and do.

After a series of confidence-shattering incidents involving the failure of police officers to properly investigate other police officers, you would think Manitoba’s justice system would go above and beyond to ensure the integrity and transparency of everything they say and do.

Witness the aftermath of the investigation and prosecution of former Winnipeg Police Service officer Justin Holz, who was convicted last week of dangerous driving causing death for the 2017 hit-and-run collision that killed 23-year-old Cody Severight.

Manitoba's police watchdog has requested a Winnipeg Police Service audit into the delay in subjecting an off-duty cop to a breathalyzer in an October 2017 fatal hit-and-run.

The WPS, however, refuses to say if it launched the internal probe and — if so — what the outcome was.

On Monday, the Independent Investigation Unit of Manitoba released its final report on the conduct of two Winnipeg officers — one a breathalyzer technician, the other a member of the traffic unit — accused of misconduct the night Justin Holz killed pedestrian Cody Severight.

Holz, 36, was convicted last Wednesday of killing Severight, 23, on Main Street near the Sutherland Hotel on Oct. 10, 2017. Holz is no longer a member of the police force.

Following a plea bargain, Holz received a 30-month prison sentence. Several other charges were dropped, including impaired driving causing death, failure to stop at the scene of a fatal accident, and driving with a blood alcohol level over the legal limit.

For Severight’s family, Holz’s punishment can never fully remedy the pain. Particularly since questions remain about whether justice was done — and done properly.

Neither Manitoba Justice nor the Winnipeg Police Service nor the Independent Investigation Unit of Manitoba will answer questions about how they arrived at a plea bargain and whether (all things considered) it was a fair sentence for a despicable crime.

Why they are so tight-lipped is curious and concerning.

Looking at some of the extenuating circumstances that have come to light, the veil of silence is proof the authorities may not have fully embraced hard lessons from other incidents involving police investigating police, notably the Crystal Taman case.

In 2005, Taman was killed when an off-duty WPS officer, driving home after a party, struck her vehicle. Following a deeply compromised investigation, the officer was offered a plea deal where the majority of charges against him were dropped in favour of a conditional sentence with no jail time.

In 2008, a judicial inquiry into the case confirmed the investigation was botched from the start. Promises were made by the justice system to set stricter standards for criminal investigations involving police and plea agreements.

The facts of the Holz case certainly suggest those higher standards have not been fully implemented.

On his way home after post-shift drinks downtown, Holz hit Severight and fled the scene. About 11 minutes later, Holz called 911 to report he had struck a pedestrian. He was taken into custody and arrested for impaired driving. Police issued a demand for a breathalyzer.

It was revealed in the IIU report a WPS breathalyzer technician refused to perform a test on Holz, claiming he did not want to be called as a witness in a case involving a fellow police officer.

That refusal, according to the IIU, delayed the breathalyzer test up to four hours and contributed significantly to the decision by the prosecutor to seek a plea deal that would involve dropping most of the charges.

How and why would a technician refuse to perform a breathalyzer in a timely fashion? Why did the IIU not recommend criminal charges against the technician? What are police and prosecutors going to do to prevent this kind of incident from happening again?

All good questions, all unanswered to this point.

The real irony is the botched breathalyzer may not have been that important.

Although dangerous driving causing death has a maximum sentence of 14 years, it is extremely rare for anyone to receive that much prison time. According to experienced criminal lawyers, a 30-month sentence is consistent with other similar cases.

The facts of the Holz case certainly suggest those higher standards have not been fully implemented.

Would a conviction on any or all of the other dropped charges, particularly those involving alcohol, have produced a longer sentence?

Again, lawyers with experience in DUI cases believe the sentence would have been about the same, given mitigating circumstances. Although he did flee the scene, Holz did turn himself in. He also agreed to plead guilty, sparing the family the trauma of a trial. Finally, he did not have a record of DUI offences.

If Holz was punished appropriately, it makes you wonder why authorities are being so stubborn about discussing the technician’s refusal to perform a breathalyzer test?

It’s hard to say for sure, but experienced lawyers suggested they had never before heard of breathalyzer technicians refusing to perform a test out of deference for a cop. As well, the lawyers said, such technicians rarely testify in court.

Most troubling is the fact the media cannot get anyone to explain why the technician was not charged criminally with obstructing a criminal investigation or in lieu, what, if any, disciplinary action has been taken to punish this act of professional misconduct?

The lack of transparency in this case is a bad look for the justice system. For years, police and prosecutors have been allowed considerable discretion about what is and isn’t made public. That is particularly true in cases with plea bargains, where huge tracts of evidence are often kept from the public record.

However, cases such as Taman remind us, ultimately, transparency is a pillar of justice. As is often said: justice must not only be done, it must be seen to be done.

The major players in the Manitoba Justice system need to start answering questions. If not for the victim’s family in this case, for the sake of the system itself.

Fortunately, there is a silver lining.

If everyone did their jobs, and upheld the standards demanded in the Taman case, there should be nothing to fear from revealing the truth. 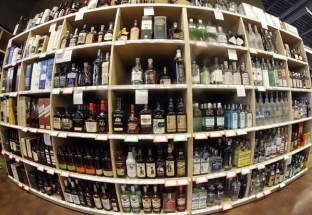 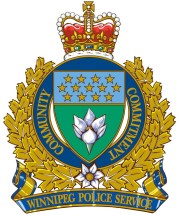 Time not on Scheer’s side 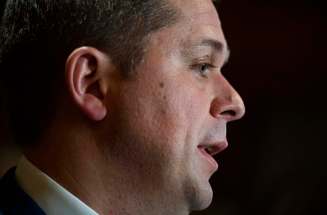 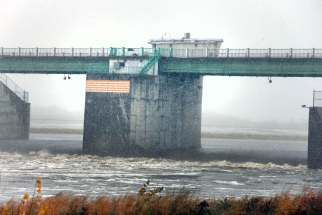 Veterans groups to get bigger share of VLT revenue 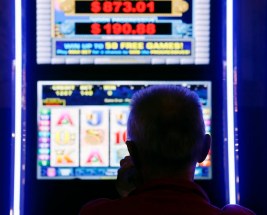 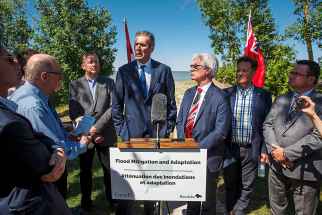 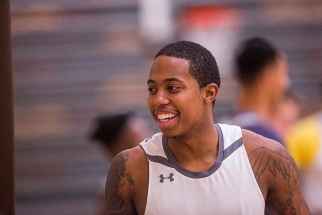 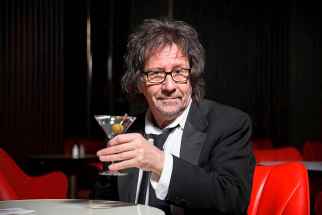 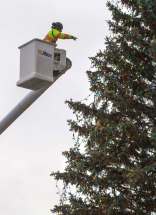 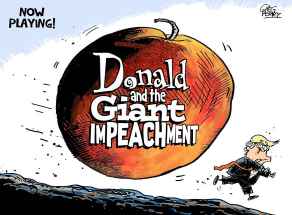