Newspaperwoman Elizabeth Parker accomplished much in her lifetime, but founding the Alpine Club of Canada from her home on the bald Prairies may very well have stood at the summit

It’s tough to imagine that the push for a Canadian alpine club came from a female journalist who lived in the centre of the bald Prairies at the turn of the century, but that’s what happened.

It’s tough to imagine that the push for a Canadian alpine club came from a female journalist who lived in the centre of the bald Prairies at the turn of the century, but that’s what happened.

Elizabeth Parker, a journalist with the Manitoba Free Press and fervent nationalist, was bound and determined that Canada was going to have its own alpine club and not be represented by the Americans.

The backstory of how this happened is fascinating.

Why would a woman born in Truro, N.S., and living on the Prairies become interested in the mountains in the first place? (Particularly when few Canadians had taken up mountaineering at the time.)

According to the Manitoba Historical Society, Parker became ill after arriving in Winnipeg in 1892 and moved to Banff, Alta., along with her four children, for its restorative properties. That 18-month visit led to her love affair with the mountains.

PearlAnn Reichwein writes in Climber’s Paradise: Canada’s Mountain Parks 1906-1974 that Parker’s columns in the Manitoba Free Press “were widely read from 1904 through the interwar period, and her book reviews and editorials provided a frequent forum for her strong views on Canadian subjects. And so it was with style, grace and a wry sense of humour that she set in motion the formation of a Canadian alpine club.”

Mountaineering enthusiast and land surveyor Arthur Wheeler was ready to accept overtures from the American Alpine Club to have Canadian mountaineers join them in a Canadian branch after years of unsuccessful efforts to create a Canadian organization.

Wheeler made a final push to have a Canadian club set up by writing letters to the editors of newspapers across the country. One of those letters ended up on the desk of Free Press editor John W. Dafoe, and he gave it to Parker, the only reporter he had with any experience in the Canadian Rockies.

The rest is history. According to a 2012 interview with Peter Muir, the Manitoba chairman of the Alpine Club of Canada:

“Ms. Parker set out on a tireless campaign of editorials and articles about the club, all based on the out-and-out unacceptability of joining with the Americans. To disagree with her premise that a Canadian club was essential was to brand yourself unpatriotic and tantamount to a threat to the British Crown.”

The Alpine Club of Canada commemorated Parker’s work in June 2012 with a plaque on Smith Street just south of Portage Avenue, which provides a brief history of the club and shows Parker in a long dress, holding a large climbing rope over her shoulder.

Parker has also been honoured by the Historic Sites and Monuments Board of Canada, which designated her a Person of National Historic Significance with a commemorative plaque installed in Yoho National Park in British Columbia. There’s also a historic log cabin — the Elizabeth Parker Hut — located in an alpine meadow 500 metres from the shores of Lake O’Hara in Yoho National Park.

By all descriptions, Parker was not one to just let things be.

She began her career as a journalist by storming into Dafoe’s office to complain about the Free Press’s coverage of a performance she had seen. Dafoe challenged her to write a better review and she did. From there, a literary critic’s career was born in 1904; she went on to write A Reader’s Notes daily from 1912 to 1940.

Along with being integral to the formation of the Alpine Club and taking on the duties of being its first secretary, Parker also was instrumental in forming the local YWCA and the Women’s Canadian Club, and was the first secretary of the Winnipeg Travelers Aid Society.

Parker died in 1944 and is buried in St. John’s Cemetery. She is one of a very few women who has had a Winnipeg street — Parker Avenue — named after her.

There are all kinds of metaphors that can be used to describe a woman who found a way to make Winnipeg the site of an alpine club; who pushed her way into the office of one of the country’s most respected editors and walked out with a job; who was integral to organizations that made travellers comfortable, and had an avenue named for her. But none of them can do justice to the life that was Elizabeth Parker’s.

Shannon Sampert is a retired political scientist and is working with the Nellie McClung Foundation on the 150 Women Trailblazers Awards. Nominate a trailblazer at wfp.to/trailblazers. 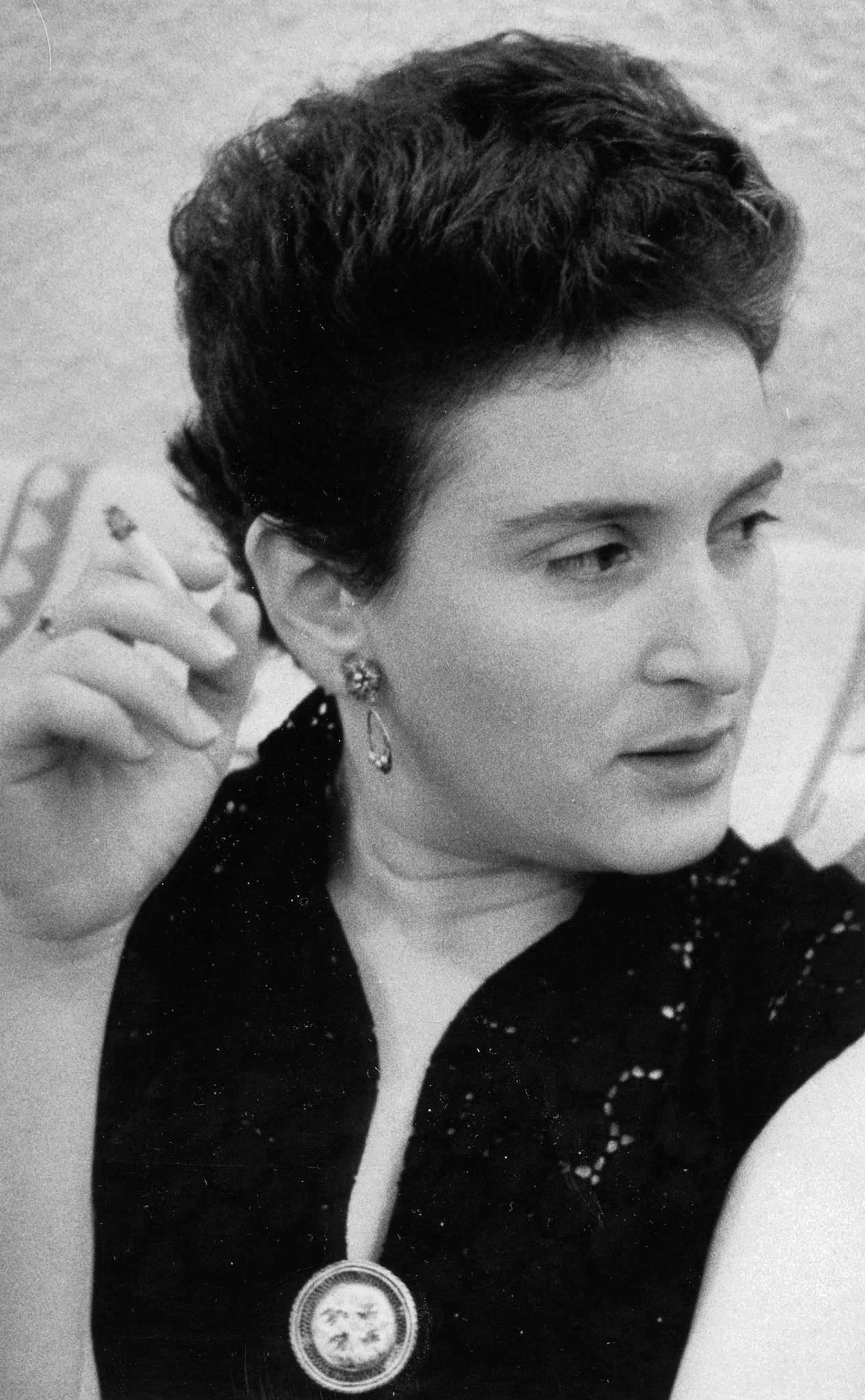 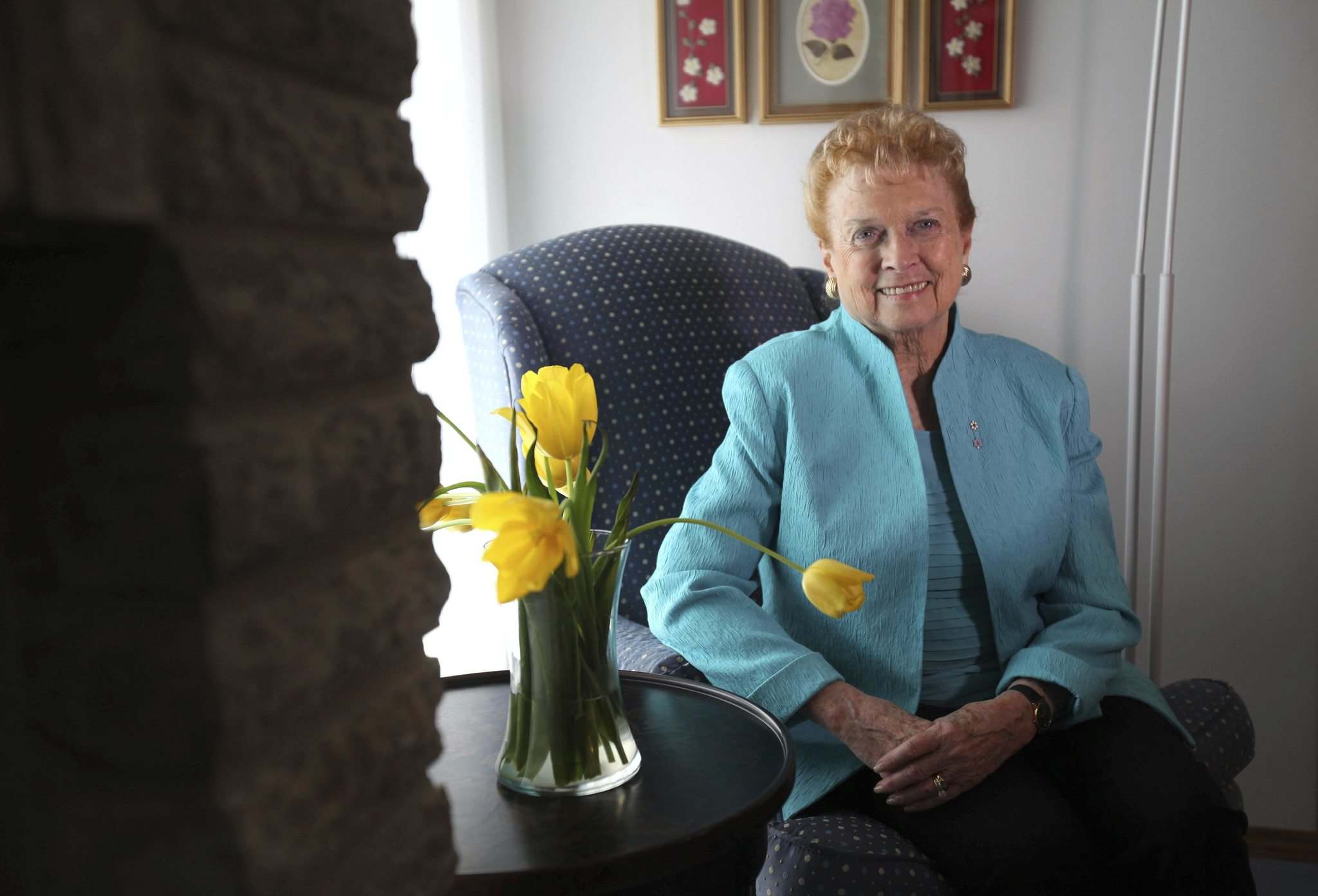 A champion of workers' rights 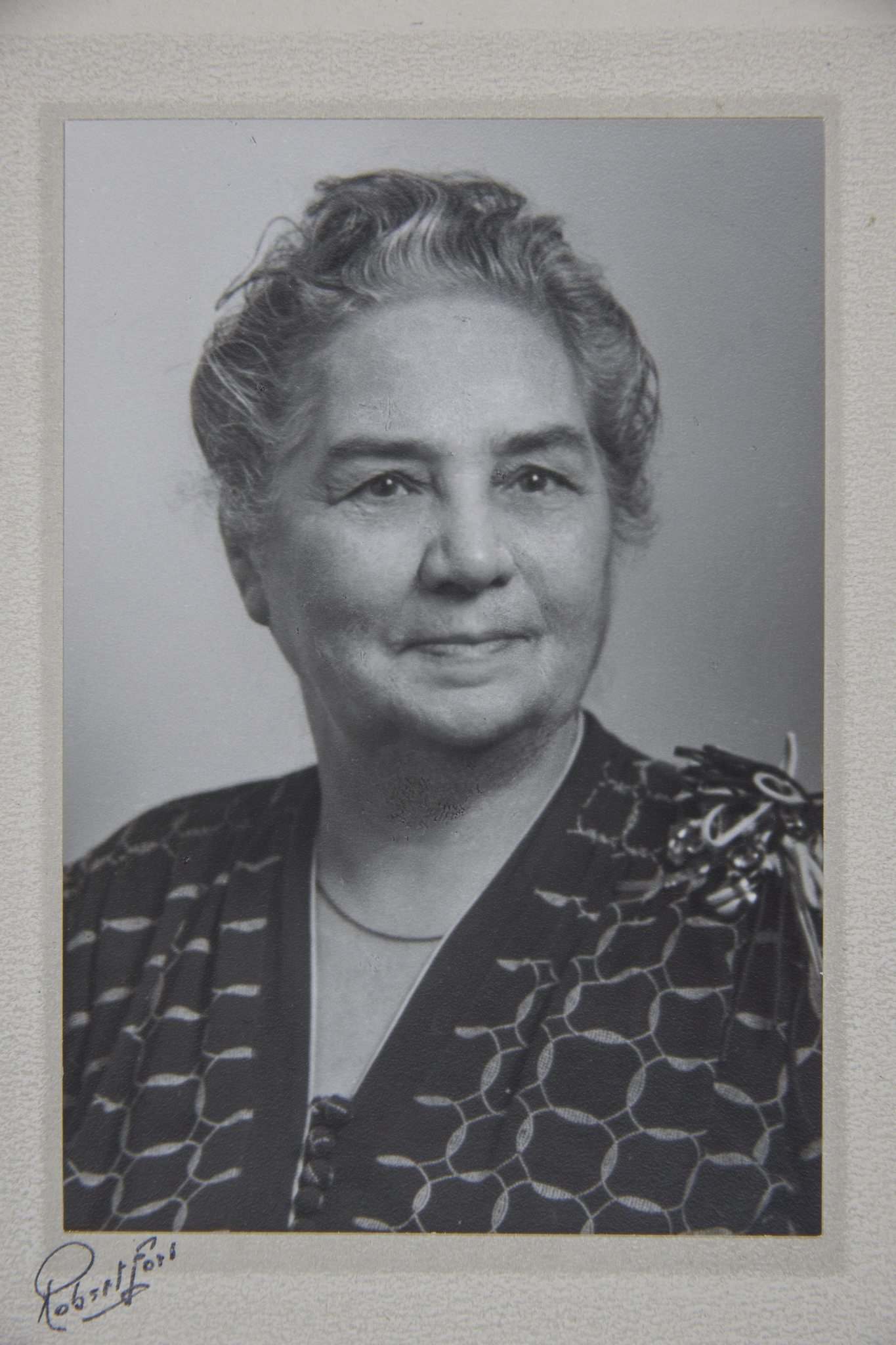 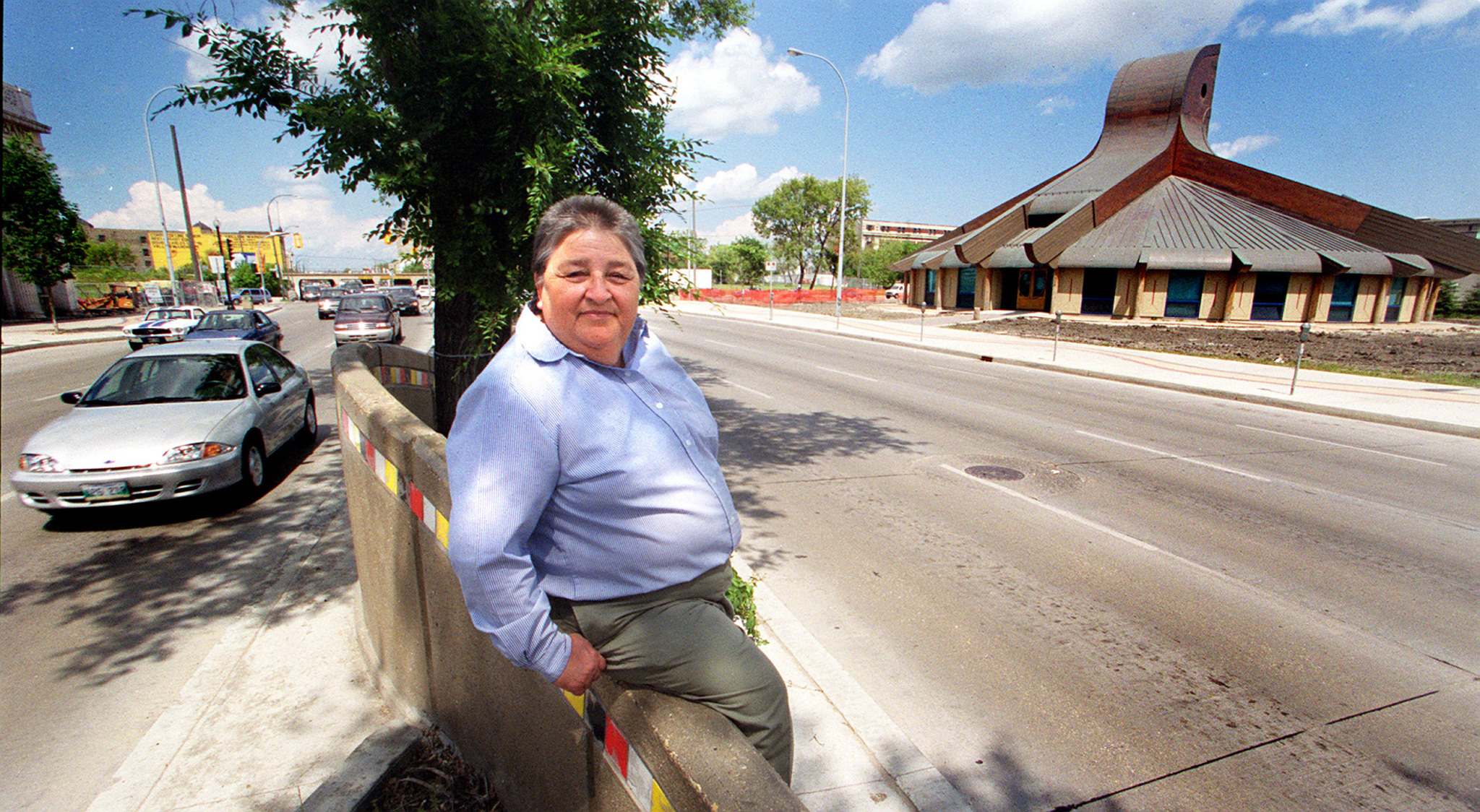 Good works, with 'the works' 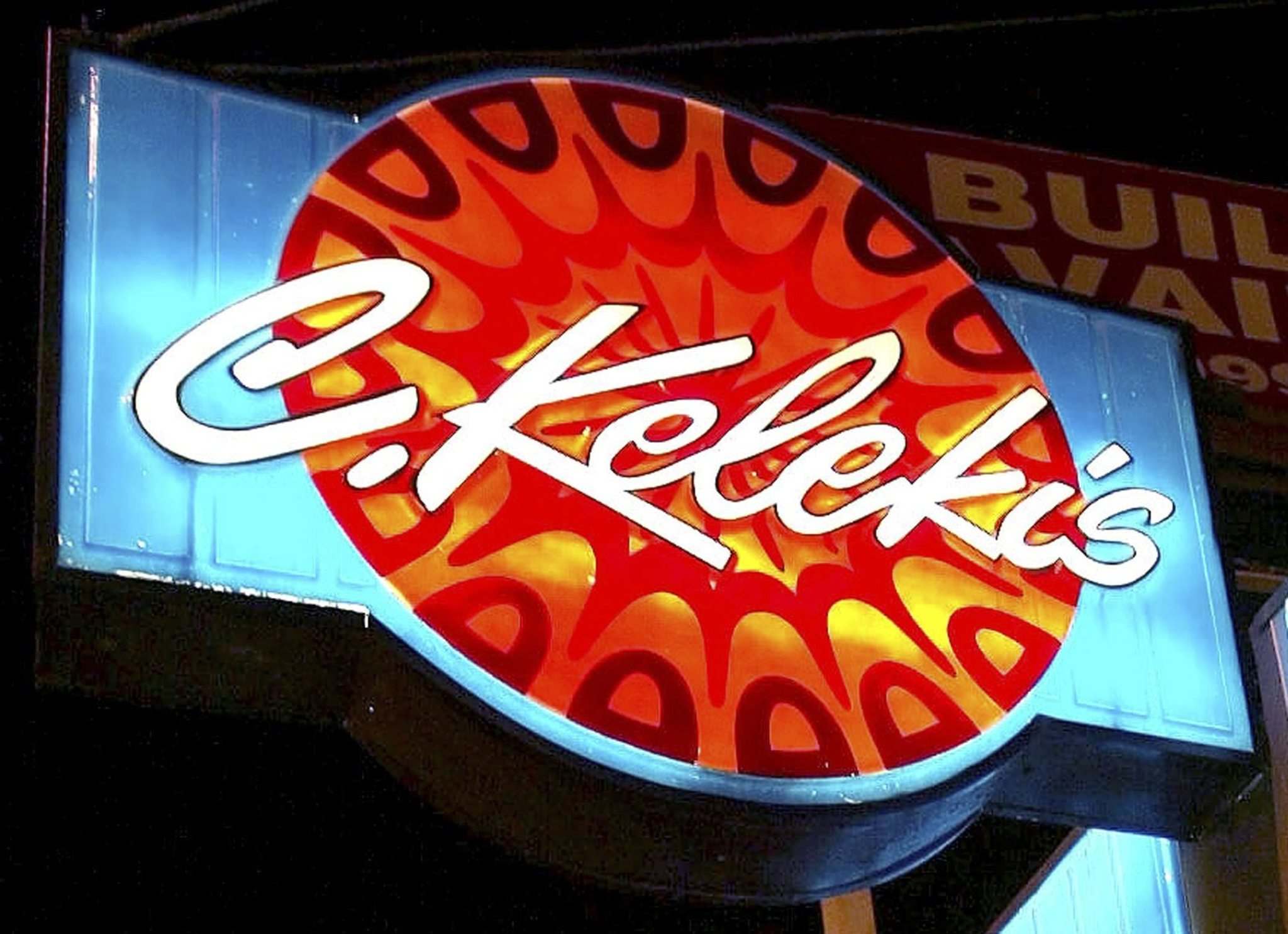 The Nellie McCliung Foundation is looking for female Manitoba trailblazers in advance of the province’s 150 anniversary — and they want to hear from you. Nominate a trailblazer and share her story about show she made the province great at wfp.to/trailblazers