It’s probably not something the Winnipeg Police Association wants to hear. But a new report from the Manitoba Police Commission says the key to improving downtown safety has little to do with putting more cops on the street. It says it has more to do with addressing the root causes of crime.

It’s probably not something the Winnipeg Police Association wants to hear. But a new report from the Manitoba Police Commission says the key to improving downtown safety has little to do with putting more cops on the street. It says it has more to do with addressing the root causes of crime.

The Winnipeg Downtown Safety Study Initial Report released Tuesday contains 27 proposals, including more co-ordinated foot patrols and cracking down on panhandling. But for the most part, it concludes that more policing, or tougher prosecutions, wouldn’t do much to improve public safety.

“The general findings of this study do not point to a policing issue,” the 46-page report says. “Police definitely have a role to play in a downtown safety strategy but they should not be the lead agency.”

Instead, the focus should be on fighting addictions and mental-health issues, as well as educating the public on how to better understand the root causes of crime, the report says.

“To improve both the perception and actual public safety in downtown Winnipeg, a downtown safety strategy must focus on community health and wellness,” the report says.

That’s in stark contrast to calls from the WPA and others that Winnipeg needs more cops on the street to combat the city’s growing crime problem. (Winnipeg already has among the highest number of police officers per capita among major Canadian cities).

The report does say the province should consider tougher consequences for panhandlers and repeat offenders whose crimes are fuelled by addictions or mental-health issues. But most of those proposals are either vague or unrealistic.

The report says it would be “interesting to explore” forced treatment for criminals with addictions or mental-health issues who refuse help. By eliminating the option of jail time for them, they could instead be forced to receive treatment “in a secure facility.”

It’s a poor and entirely unworkable idea. Treatment works only when a someone is willing to commit to it. You can’t lock people up and force treatment on them.

The report also says the province should consider tougher penalties for panhandlers who beg for money on busy streets. The province could amend the Highway Traffic Act to ban solicitation where it interferes with motor vehicles. But even the authors of the report admit trying to enforce that would pose a challenge.

“A more effective strategy for dealing with panhandling could be to create a public education and awareness program that addresses the implications and impacts of providing money to panhandlers,” the report says.

There are other proposals in the report that have some merit, such as using downtown security cameras more effectively (police already have nine of them) and improving street lighting. But most of those ideas are already being reviewed elsewhere.

There aren’t many unique ideas in this report. Most of it is an inventory of what police, the city, the province, BIZ groups and other agencies are already doing to improve downtown safety. The police commission says there’s a lack of co-ordination between those programs. It says a more comprehensive plan is required.

However, the city has already commissioned MNP Consultants to review existing programs as part of a plan to create a “community safety strategic action plan.”

There are a few good ideas in this report, such as calling for more co-ordination between agencies that do foot patrols downtown (including cops, cadets and BIZ groups). The report found gaps in patrol coverage and noted Downtown BIZ foot patrols don’t have direct radio connection with police.

The report also suggests trained staff, other than police and cadets, should be able to respond to well-being checks for intoxicated people to free up police resources.

The Pallister government, which commissioned the report, may end up adopting some parts of it. But there isn’t much new here to consider.

With violent offences on the rise in Winnipeg, the province wants to be seen as taking action against crime.

If this report reinforces the need to address the root causes of crime — in addition to having effective policing and prosecutions — maybe some parts of it could be useful. 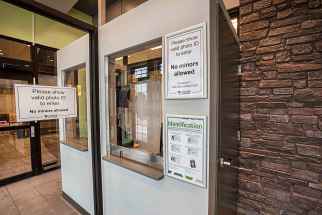 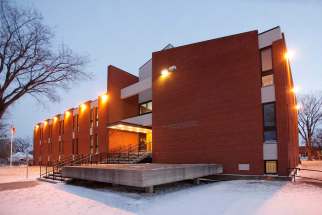 Legislation would allow you to add booze to your restaurant delivery 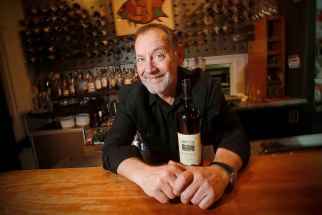 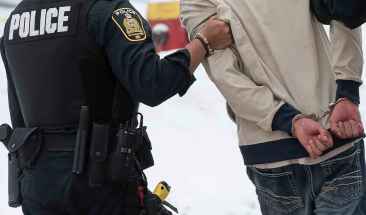 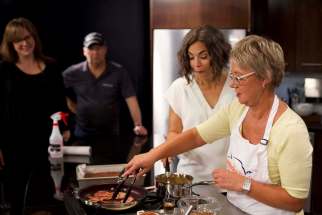 Winnipeg's racquetball ironwoman hangs it up as reigning national champ 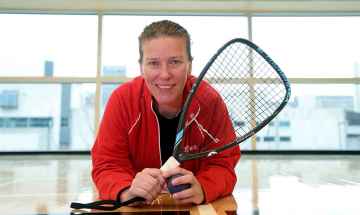 The showroom is also a ‘buy’ room 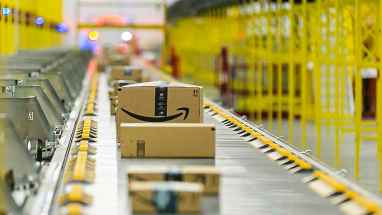 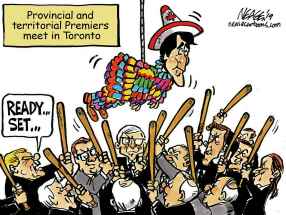