Raymond Mason, who spent decades fighting for churches to acknowledge the damage caused by residential schools, died less than two weeks before the Pope apologized.

Raymond Mason, who spent decades fighting for churches to acknowledge the damage caused by residential schools, died less than two weeks before the Pope apologized.

“My father wanted to hear the apology,” Kyle Mason said after Pope Francis said the church was sorry for the harm done to generations of Indigenous Canadians, following a series of meetings this week with Indigenous leaders who had travelled to the Vatican.

“An apology is only the first step — but it is a good first step. The Pope now needs to come to Canada to offer an apology first-hand to survivors.”

Kyle Mason, a reconciliation consultant, said the Roman Catholic Church must compensate survivors and fund healing programs, open up its records, and repeal the papal order that resulted in centuries of people taking land and culture away from Indigenous peoples.

The Pope said he was “deeply grieved by the stories of the suffering, hardship, discrimination and various forms of abuse” Indigenous children had suffered while at the schools.

Francis confirmed he will travel to Canada to apologize in person.

Not everyone is pleased with the apology.

Geraldine Lee Shingoose, a 64-year-old member of the Tootinaowaziibeeng Treaty Reserve who was put in the Muscowequan Residential School for nine years until 1971, said the papal apology “was not genuine or meaningful to me as a survivor.

“The apology does not take away the hurts, the pain, and the trauma we still carry today.”– Geraldine Lee Shingoose

“The only words that resembled an apology is “I feel shame — sorrow and shame.” He spoke of the Catholic members who brought harm and their deplorable conduct. In essence, these very words took away the responsibility and accountability of the Catholic Church as an entity.

“Today’s apology is damage control so we will stop asking them to be accountable and responsible, specifically with the findings of children’s unmarked graves and the burial sites that were hidden and buried for years on the grounds of residential schools.”

Shingoose also said “the apology does not take away the hurts, the pain, and the trauma we still carry today.

“Our bodies still carry those scars. I want Pope Francis to know we are still here and we will see him during his visit.”

A papal apology was one of the 94 calls to action in the final report of the Truth and Reconciliation Commission. Murray Sinclair, who was chairman of the commission, called the apology “an important moment.

“It is long past time that the church will begin to take responsibility for its role in the residential school system… I realize there are people out there who will always express dissatisfaction and anger about the lateness of the apology, but the reality is this apology is important.”

Sinclair pointed out the United Church of Canada was the first to issue an apology — in 1986.

“My grandmother was a strong Catholic,” he said. “She would have been truly hurt by the church’s ongoing refusal to apologize and take responsibility for its actions.

“She would have reason to be proud today.”

Indigenous organizations in Manitoba hailed news of the apology.

Acting Grand Chief Eric Redhead, of the Assembly of Manitoba Chiefs, said in a statement the apology “is a historic moment, one filled with both sorrow and hope.

“Today marks another step forward in the acknowledgement of the horrors of the past, but furthers the resilience of our First Nations citizens as they continue to heal and move forward with strength.”

Cindy Woodhouse, the Assembly of First Nations’ regional chief, said the papal apology “can now help to alleviate some of the ongoing suffering of residential school survivors, their descendants, and their Nations.

“This apology is a road to healing for our people so I want to thank Phil Fontaine, the late Ted Fontaine, and all residential school survivors in Manitoba and across Canada for sharing their stories for the last several decades.

“It is that work that helped make this day possible.”

Northern Grand Chief Garrison Settee said this is a day survivors have been waiting for.

“This is a historical, overwhelming and even surprising event,” Settee said.

“Receiving an apology from Pope Francis is nothing short of miraculous. This apology opens the door for many people to truly begin the process of real healing.”

“The ongoing legacy of colonization, inter-generational trauma, and the continued unsuccessful attempts to assimilate and eliminate First Nation peoples from Turtle Island have impacted generations of our people in profound ways,” Daniels said.

“I am hopeful that we will see another apology from Pope Francis in our territory and I encourage the Catholic Church to work with us to develop a concrete plan for action to promote healing and justice for survivors, their families and communities.”

David Chartrand, president of the Manitoba Métis Federation, said he is set to lead a Red River Métis delegation to Rome where they will meet the Pope on April 21.

“I hope to convince him to come to Manitoba,” Chartrand said. “I want him to visit Louis Riel’s gravesite.

“Our job is to educate him why it is so important for him to come to the Métis homeland.”

Chartrand said the Métis here had petitioned the Catholic church to build churches and create parishes.

But Chartrand said that doesn’t mean their children were exempt from trauma at the hands of the Catholic church.

“There is no doubt the Métis people paid a price with what either Catholic priests or nuns did. First Nations people, no doubt, suffered the greatest of all, but the Métis did definitely pay a price.”

In a joint statement, Premier Heather Stefanson and Indigenous Reconciliation and Northern Relations Minister Alan Lagimodiere said the apology recognizes “the tragedies of the past.

“However so much more work needs to be done. It is imperative that as a country we listen, learn and support the healing needed to address the inter-generational trauma caused by the residential school system.”

Stefanson and Lagimodiere also said the government is committed to working with residential school survivors and others to support the process of truth-telling and healing. 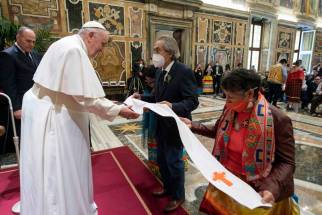 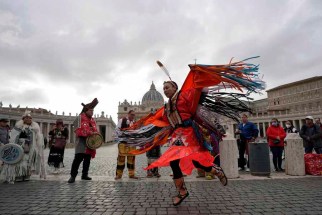 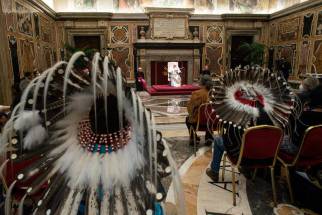 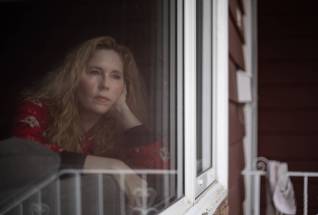 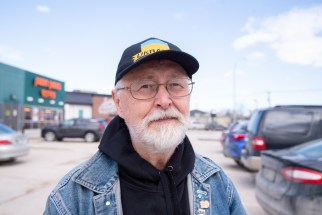 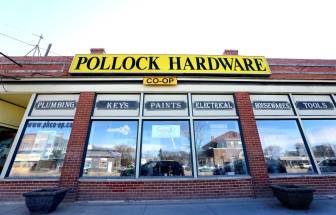 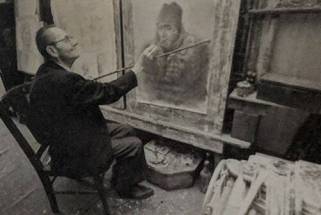 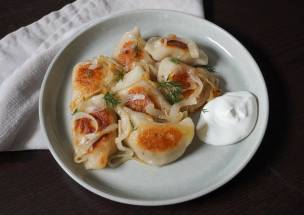 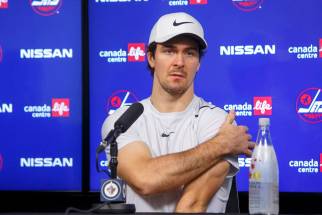 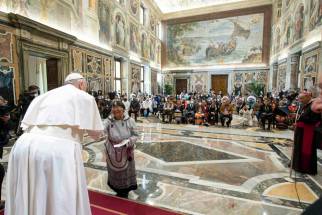 ‘I am very sorry’ Day of symbolic connection, not reconciliation