Sheldon Pinx went to the wall trying to defend Unger

The latter part of 1991 was an amazing time in the life of Wolch Pinx Tapper Scurfield, a law firm since disbanded but one which has an impressive alumni roster, of which I am lucky enough to be a proud member.

The latter part of 1991 was an amazing time in the life of Wolch Pinx Tapper Scurfield, a law firm since disbanded but one which has an impressive alumni roster, of which I am lucky enough to be a proud member.

In that period we had successfully persuaded the federal Department of Justice to reopen the Milgaard case and were frantically preparing for several weeks of unprecedented hearings before the Supreme Court of Canada. The Milgaard case began in mid-January 1992 in Ottawa.

At the same time, Sheldon Pinx, QC, and a team of lawyers from the firm, including Jill Duncan, Evan Roitenberg and a lawyer from another firm, Ellen Gordon, were busily preparing for the trial of Kyle Unger that was set to begin on Jan. 20, 1992.

Hersh Wolch was originally on the Unger case but because Chief Justice Antonio Lamer would not grant an extension of the Milgaard hearings, he had to bring his partner Pinx in to handle the case.

The scale of the task that we faced in Milgaard is now well known and bears little further discussion. We had disassembled the original case against him and identified the true perpetrator.

Our colleagues in the firm, however, faced a much more daunting task in the Unger matter. First and foremost, it was an absolutely horrendous crime and this in and of itself may be the biggest obstacle to a fair trial, as Free Press columnist Dan Lett so ably noted in a recent column.

Relief that someone has been caught is a salve to community shock and fear that the killer is still at large. And once caught, the enormity of the crime creates a massive psychological and perfectly understandable barrier to proper operation of the presumption of innocence. After all, in cases such as these, it is always safer to defer to police and Crown than to the accused sitting in the prisoner’s box.

In order for Unger to have a chance, the defence was going to have to somehow break through what might be referred to as the presumption of safety — that is, in the worst crimes, juries are likely to act out of an abundance of caution and convict rather than take a chance on acquittal, irrespective of the evidence. They are likely to give more credit to weak evidence than is warranted, and they are likely to decide the case with more deference to authority than is appropriate.

There is nothing sinister per se about this proposition. It’s natural and something the Unger case illustrates very clearly, in my view.

Pinx and his colleagues worked like dogs to attack the evidence at trial and now, with the benefit of hindsight, we can see very clearly that the miscarriage of justice imposed by our justice system on Kyle Unger was almost entirely avoidable. Unger had the benefit of an outstanding defence but none of it was worth a damn because the rest of the system came together to negate any serious chance of the outcome being fair.

During a break in the Milgaard proceedings in Ottawa, I was back in Winnipeg and sat down with Pinx and the defence team while they were in the middle of the Unger trial. Pinx was furious at what was going on in the courtroom.

I went and watched the trial for a couple of days and clearly recall the thickness of tension at the proceedings.

Pinx and Crown counsel George Dangerfield were as animated and adversarial as I can ever recall in a trial. The jury members were riveted and visibly shaken by some of the more gruesome details of the evidence. Police presence was chest-out proud that they had bagged Unger through the infamous Mr. Big undercover sting operation. And the public watching in the gallery mostly would have skipped the trial and gone straight to the hanging.

As he prepared for his closing address, Pinx kicked around various ideas and approaches as to how he might be able to cut through the presumption of safety and get the jurors to actually step back and look at the evidence.

One day I sat in on a meeting with the defence team and somehow we started to talk generally about the idea that if you’re a juror and the position is that your client didn’t do it, the question will naturally become, then who did?

Here is what Sheldon Pinx said in his closing address to the jury at Kyle Unger’s trial:

"Members of the jury, Brigitte Grenier’s killer is sitting in this courtroom. There he sits, Tim Houlahan, whose lawyer I expect will have you believe that he sat and watched while Brigitte Grenier was brutally murdered.

"The loudest witness in this courtroom was the silence of Timothy Houlahan. Why didn’t he take the witness stand and try to explain to each and every one of you his conduct after he left that dance floor with Brigitte Grenier, his conduct in the face of damning physical evidence against him? And why didn’t he tell us under oath, I didn’t kill Brigitte Grenier?

"Members of the jury, the answer is simple. It’s the same reason he didn’t provide teeth samples to the police. He’s afraid to get into that box and answer questions."

Pinx went on to illustrate the degree of co-operation with police provided by Unger in terms of giving hair and dental samples but not Houlahan, and invited the jury to ask why this would be so. He pointed the finger at Houlahan and tried to get the jury to understand that acquitting Unger did not mean that the killer would go free. The jury didn’t buy it and convicted both.

The Manitoba Court of Appeal was critical of these comments and they in part formed the basis on which a new trial was ordered for Houlahan but not Unger. The Court of Appeal framed this part of its decision as part of what it considered a miscarriage of justice. Of necessity for present purposes I’m simplifying the operation of the law, but suffice it to say that the accused who was most probably the real killer won his appeal, and the innocent one lost. Unger went on to spend 13 years in prison. Houlahan got bail pending his new trial. While he was free he committed suicide.

It is possibly the case that the closing address to the jury went too far, but the problem is that Pinx was right, and to the extent that the law finds what he did to be flawed then the law somehow must also be flawed. The investigation, prosecution and rulings by the trial court had all but sealed Kyle Unger’s fate.

At the end of the trial there was only one chance for him to avoid the wrongful conviction. If counsel isn’t prepared to stand up and try to prevent it, no one else will. Sometimes counsel has to take chances in the course of effective and zealous advocacy and this was surely a case in which it had to be done.

In the Milgaard case, even though Joyce Milgaard and I were criticized for some of the zealous things we did to achieve our objectives, the inquiry report makes it clear that without taking those extraordinary steps, we would never have prevailed. An innocent man would have never been freed and the guilty man never convicted.

As the Unger case has now unfolded, many of the usual factors that contribute to wrongful convictions — junk science, false confessions, jailhouse informants, possible non-disclosure by the Crown, erroneous rulings by the court — are all likely to be obvious.

The one factor that will not be present, however, is an inadequate defence.

While the judicial record may remain cast on the books as being critical of Pinx, he, Evan Roitenberg, Jill Duncan and Ellen Gordon should take comfort that the historical record now prevails. They were right and almost everyone else was wrong.

What should be most disturbing is that too often it’s the history, long after innocent people have been wrongly imprisoned, which is the supposed redemption for a criminal justice system that needs to work better in real time.

Many of the contributing factors to Unger’s wrongful conviction have now been addressed by Manitoba Justice and would not happen in a trial today. The last thing for it to do in this case is to either withdraw the charges and expunge all records or to have a trial, call no evidence and join with the defence in a motion for acquittal.

David Asper is executive vice-president of Canwest and chairman of the National Post. 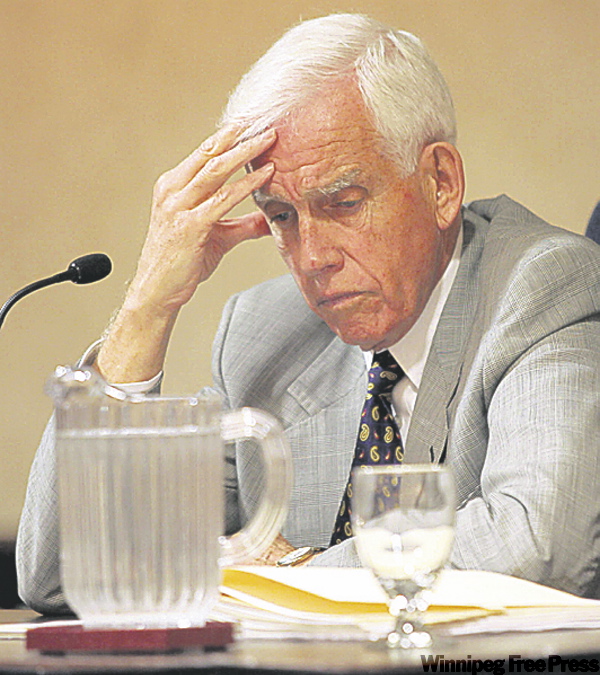 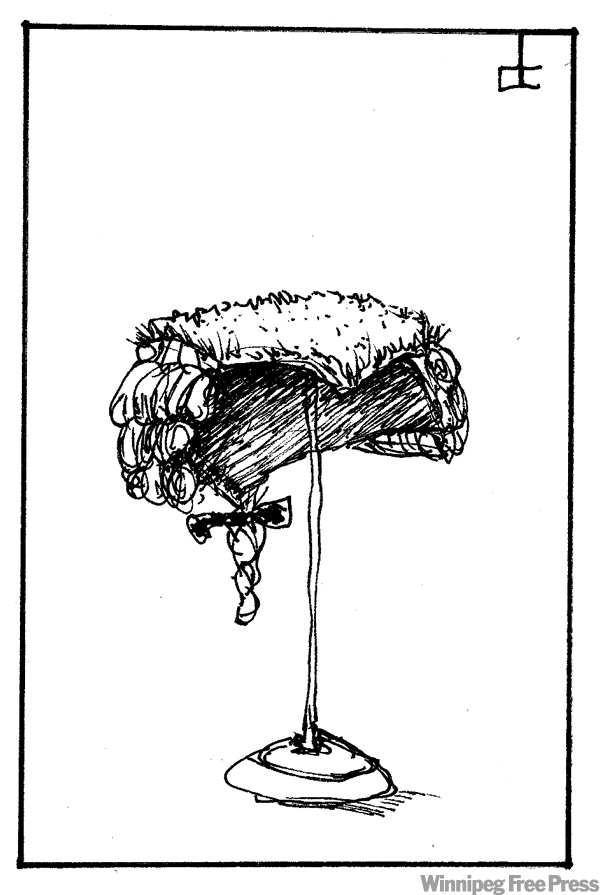