Newspapers at the bottom, fighting an uphill battle

Andrew Coyne has written two columns in the National Post dumping on the idea that journalism in Canada — in particular the journalism traditionally done by newspapers — is in need of support from the federal government.

Andrew Coyne has written two columns in the National Post dumping on the idea that journalism in Canada — in particular the journalism traditionally done by newspapers — is in need of support from the federal government.

By doing so, he is providing great proof of just why support is needed — so people can continue to get the facts about issues of public importance.

Any public policy worth implementing is worth having a good, old-fashioned debate about. Newspapers provide forums for these debates. If, as Coyne says, “most of the legacy media companies will probably fail,” then both our voices could be silenced, or at least marginalized to “group blogs” or some other such venue that Coyne believes will deliver the news in the future.

So, while we’ve still got these forums, let’s have the debate.

I wrote about the Canadian Journalism Fund last week. A broad group of news organizations has proposed expanding a federal program that supports magazines and some community newspapers. This would make daily newspapers, such as the Winnipeg Free Press, eligible and boost the fund’s spending to $350 million a year from its current level of $75 million.

Many publishers in Canada, including myself, are profoundly uneasy with going to the federal government to ask for help.

We have done so only after failing in efforts to get changes in taxation, copyright and other areas that we feel would level the playing field with other media companies, particularly the digital giants that are vacuuming up vast amounts of money from Canadian advertisers and giving very little back to communities across the country.

We have done so because of what is at stake — the ability of communities to be informed about themselves through accurate reporting of what is really going on. I believe strongly in this principle.

Coyne believes “Some people want to be well-informed; most do not,” which must make him question the purpose of his life’s work.

We have focused our request on preserving the jobs of journalists to ensure that the newsrooms that still exist are not cut to the point where they have nothing to offer readers who, as Coyne points out, increasingly are footing the bill for journalism.

We defined journalism for the simple reason that you cannot run a federal program without a definition to guide it. We chose a definition that is not narrow, but broadly based, open to all non-regulated news organizations, big and small, that provide regular coverage of the most important public aspects of communities.

Yes, we would exclude individual blogs and we emphasize reporting over opinion. No one wants to fund personal rants or political agendas.

It is also folly to believe that any federal subsidy would simply prop up existing newspaper companies. Most of our expenses are not in our newsrooms and would not be covered by any federal program.

At my own company, our 10 newspapers in Manitoba might qualify for $2 million. Our expense budget in 2016 was $75 million. Revenue fell by $8.5 million. A couple of million bucks is not going to save us, now or in the future. Only good management and a successful transition to a new business model will do that.

As we transition, the proposed journalism fund would protect newsrooms from being cut because money would be tied to the number of journalists employed. A news organization would lose funding if it cut editorial jobs.

We are also not going to use the money to pay higher salaries or have it “dealt away to the industry’s unions at the bargaining table.” Unions are seeking support for the same journalistic capacity as publishers.

At the Winnipeg Free Press, our staff, represented by Unifor, already has agreed to take a pay cut if the paper cannot pay its bills at some point. That demonstrates commitment by the people who work at the newspaper every day.

Coyne suggests the real reason for the fund might be to “save our cushy jobs.” Anyone who thinks there is a cushy job left in newspapers has not visited many lately.

Ours is a business in constant change. Cost-cutting is not a one-time event; it is daily operating procedure. We have profoundly transformed. We have confidence in our abilities to produce journalism, find readers and pay the bills.

But as we build new business models, we are confronted with certain realities. We compete against the CBC, which offers “free news” that taxpayers have already funded.

We face the fact that money from TV viewers (i.e. almost everyone) is involuntarily directed by a regulator to support local TV news, also offered for “free.” Even Maclean’s magazine gets a couple of million dollars a year from the federal government.

This is a playing field with a steep incline and newspapers at the bottom. We will rise to the challenge, but we are asking for a bit of help to get there.

Bob Cox is publisher of the Winnipeg Free Press and chairman of News Media Canada.

Helping 'pillar of our democracy' remain standing a worthy investment 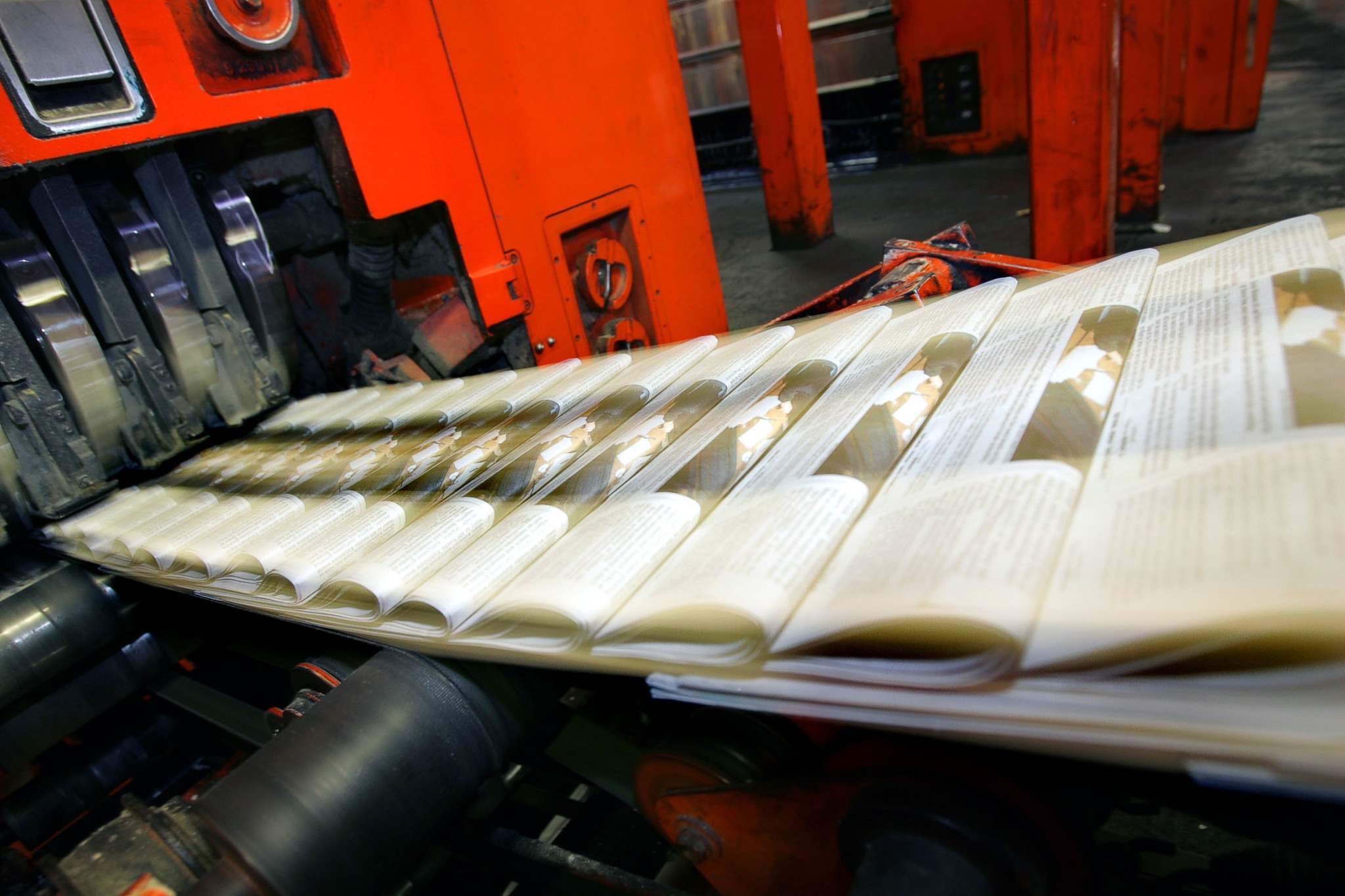 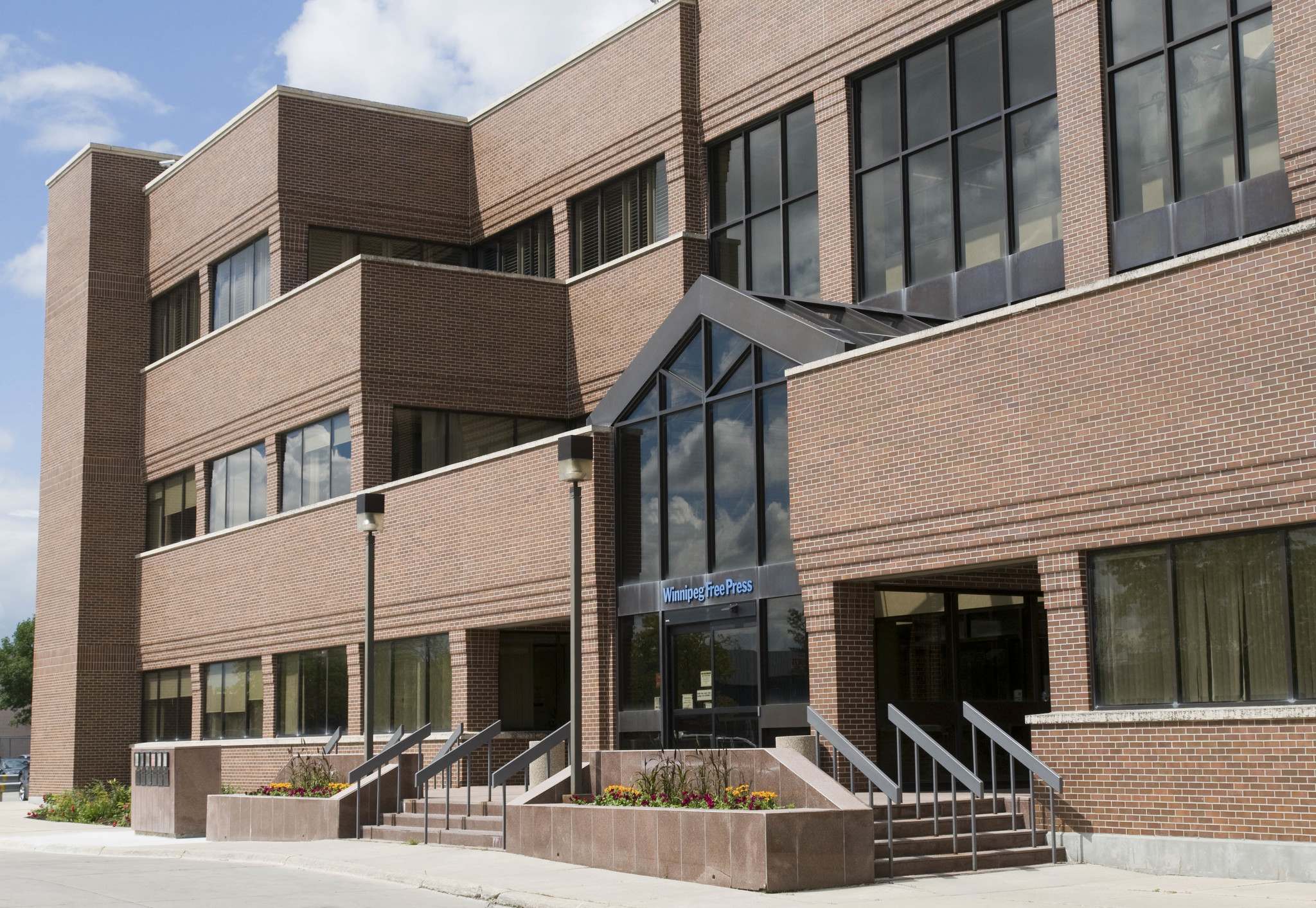