The last time an NHL season ended in Winnipeg it was a hockey funeral, but this time it was more like shuttering up the cottage. Everyone will be back next season.

The last time an NHL season ended in Winnipeg it was a hockey funeral, but this time it was more like shuttering up the cottage. Everyone will be back next season.

There’s no need for a team-saving rally at Portage and Main. Children can keep their piggy banks for things like bikes and Jets jerseys. Winnipeg isn’t in some panic to save its team. In fact, this summer Jets fans can sit back, catch their breath and get ready for next season, which holds the promise of 41 more crazy nights in our downtown rink.

This summer the folks in Phoenix may need a vigil and fans in Quebec City will likely have to hang on every word Gary Bettman utters on the subject of relocation.

Here in Winnipeg we have our own problems. Such as, who will the team take first in the draft? Which free agents should be pursued? Soon a schedule for next season, should the league and players’ union ever get around to working out a deal, will be released and Winnipeggers will gather to divvy up the stubs. Who gets the Toronto game and who gets the Detroit game? Good problems to have, are they not?

Saturday night this winter of our content blew out of town like a lion. Roaring for all the nation and anywhere hockey matters to hear. Mark Chipman let it slip over the weekend the Jets wouldn’t be eligible for league subsidies, being one of the NHL’s top-15 revenue teams.

Too small, too poor, we heard it all back then. How about too passionate and too committed, if that’s even possible? Those labels seem far more applicable now.

“It’s insane, honestly. Being younger, I never would have thought the Jets would come back. But this year has probably been one of my best years ever. Having the Jets back the community… its been so insane,” said Reed Olsen, a 19-year-old Winnipegger fighting for position on the concourse during the first intermission Saturday. “Everyone is so excited. Even though this is the last game, it’s just the beginning.”

This season is over and there will be no playoff games, but any weeping should be short-lived. While for a long time there was only hope and rumour now there is certainty and a foundation.

“It’s awesome and the energy is amazing. I feel a little sad that the season is over but so happy that they’re coming back next fall. It’s the first year and you can only expect so much. I love the Jets and what they’ve done for the city,” said Dolly Kaushal, 28.

Saturday night with just around three minutes left in the game the fans stood and started that chant. “Go Jets Go.” They didn’t want it to end. Trailing 3-2 to the visiting Tampa Bay Lightning, it wasn’t another loss they were worried about, but rather, having the lights go out on their season.

So they willed more. They forced overtime. And they got it.

Really, it sums up the renaissance of the NHL in Winnipeg. The people willed more hockey. And they got it. And they’ll have it again next year.

Will on, Winnipeg. Will on. 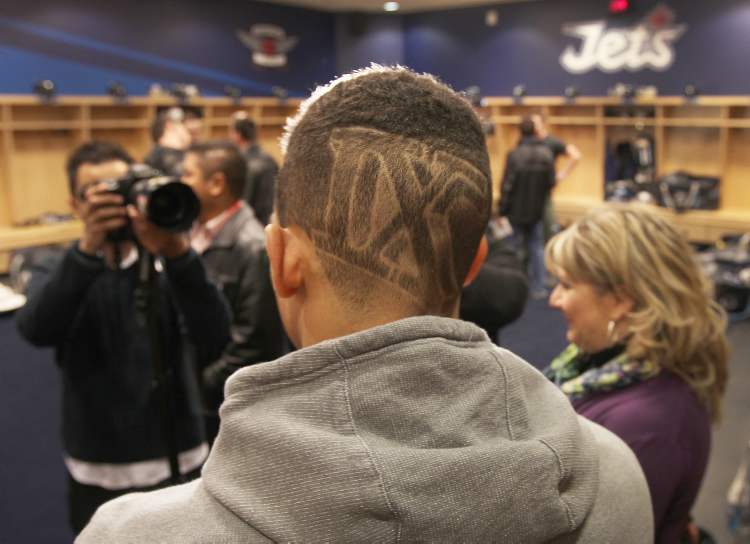