Best deal often the one that’s not made

Sunrise, Fla. — Moving up didn’t happen for the Winnipeg Jets. Now the team will hope the 2015 Draft will fall into the category of the best deals sometimes being the ones not made.

Sunrise, Fla. — Moving up didn’t happen for the Winnipeg Jets. Now the team will hope the 2015 Draft will fall into the category of the best deals sometimes being the ones not made.

Jets GM Kevin Cheveldayoff admitted Friday night following the draft he had offered the Arizona Coyotes a package for their third pick overall in the first round but was rebuffed. Instead, Cheveldayoff selected a pair of forwards in Kyle Connor and Jack Roslovic and the early returns are positive.

Cheveldayoff got Connor with the 17th pick and the centre was rated as high as sixth on some lists. Roslovic came with the 25th pick, and while his skill isn’t as obvious as the uber-fast Connor, some scouts believe he has more upside, albeit in a more subtle fashion.

Cheveldayoff has proven adept at getting good value with picks in or around the top-10.

This was a different draft for his management group, having two selections in the latter half of the opening round.

The returns won’t come in for a few years, but don’t be surprised if Jets fans are able to look back at this draft as an unexpected triumph.

As we reported Thursday, both sides are eager to conclude a deal. Ladd wants to remain in Winnipeg and Cheveldayoff needs to keep one of his most impactful players and the leader of his group under contract.

Expect a six- or seven-year contract with an average annual value close to $6 million.

Neither side wants this to drag out and a deal could be hammered out as soon as July 1.

With news of Carl Soderberg’s five-year, $23.75-million contract with the Colorado Avalanche it appears the market for pending UFA Michael Frolik is close to $5 million per season on a five-year deal. The Jets are unlikely to meet that price so look for Frolik to walk July 1.

Cheveldayoff made the decision at the deadline to keep this player, who was key to his team’s success all season, but will now likely lose him to free agency with no value in return.

The Jets gambled last off-season they could get Frolik to agree to a more team-friendly contract and that never came to fruition.

The Dustin Byfuglien negotiations on a contract extension will soon begin between agent Ben Hankinson and Cheveldayoff, and expect the fight to be over term.

Byfuglien is an impact player capable of generating offence and providing a dominating physical presence. One Jets executive called him “remarkable,” in a discussion last season.

The 6-5, 260-pound (roughly) Byfuglien is 30 and has one more year on his contract. The Jets will want to keep him. Absolutely. He’s a key figure on their team. But term is a scary proposition with Byfuglien because of his size and the miles on his body. He’ll be 31 at the end of this deal and the Jets will have to be very careful about extending for more than four years.

Byfuglien’s camp will look at this as potentially being his last contract and will want six or more years. This will be the sticking point.

Maybe Byfuglien decides he wants to stay in Winnipeg and is willing to live with a shorter deal. Maybe he digs in his heels.

The second scenario becomes difficult for Cheveldayoff. He’ll need to make a call on Byfuglien sooner rather than later if he can’t get a deal done and begin to investigate a swap.

Getting into a similar situation as he has this year with pending UFA Frolik is a non-starter for Cheveldayoff. It’s either retain Byfuglien or cash him in on the trade market.

The longer the Jets wait on a trade, if that’s the route they take, Byfuglien’s value could diminish. Teams will begin to look at him as a rental if a deal isn’t made until close to the trade deadline.

This will be a huge test for Cheveldayoff, as he tries to keep a player he loves, or face the prospect of making a cold business decision.

Speaking with Jets personnel over the last couple of days it’s become apparent they’re ready to give Nik Ehlers a chance in the NHL next season.

Cheveldayoff always says the same thing about a prospect cracking the lineup: it’s up to the player to show he’s ready. Fair enough, but the Jets will head into training camp with Ehlers pencilled into the lineup.

The left-winger brings a skill dynamic missing from Winnipeg’s roster last season. The Jets may have to live with a little learning on the job, but look at what the Calgary Flames did with Johnny Gaudreau last season. The phenom started out slowly before exploding for 25 goals and 40 assists.

Connor a coup for the Winnipeg Jets at No. 17 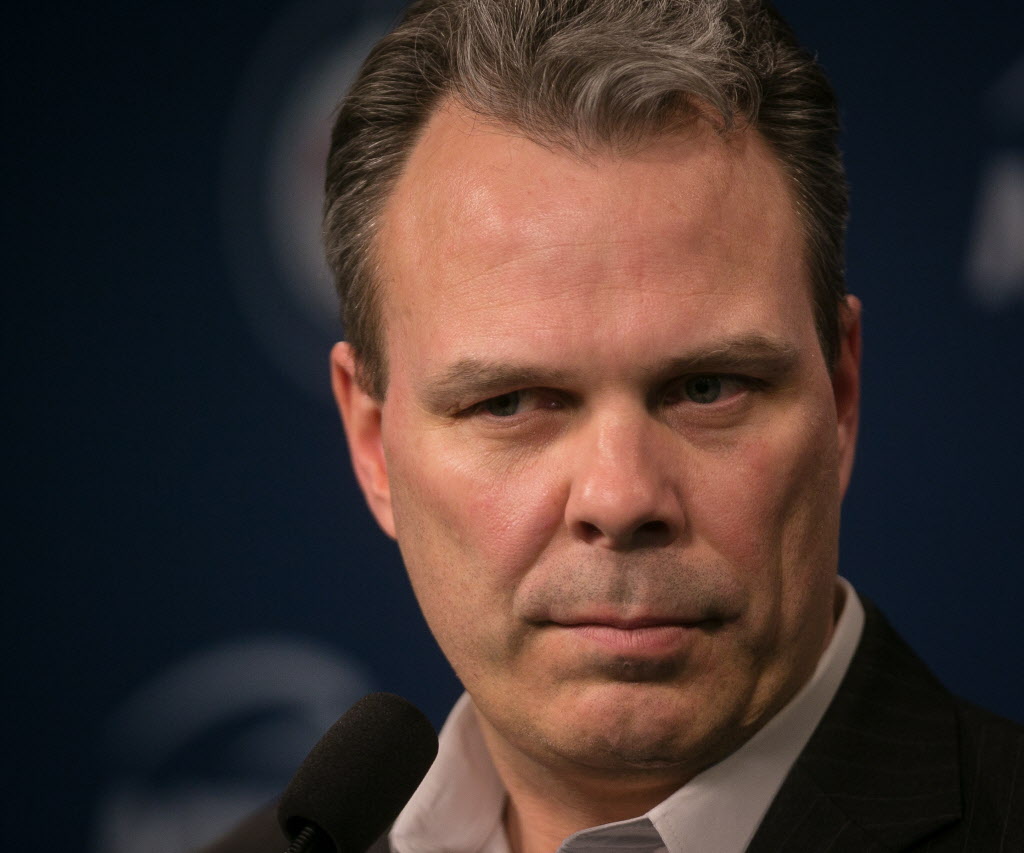 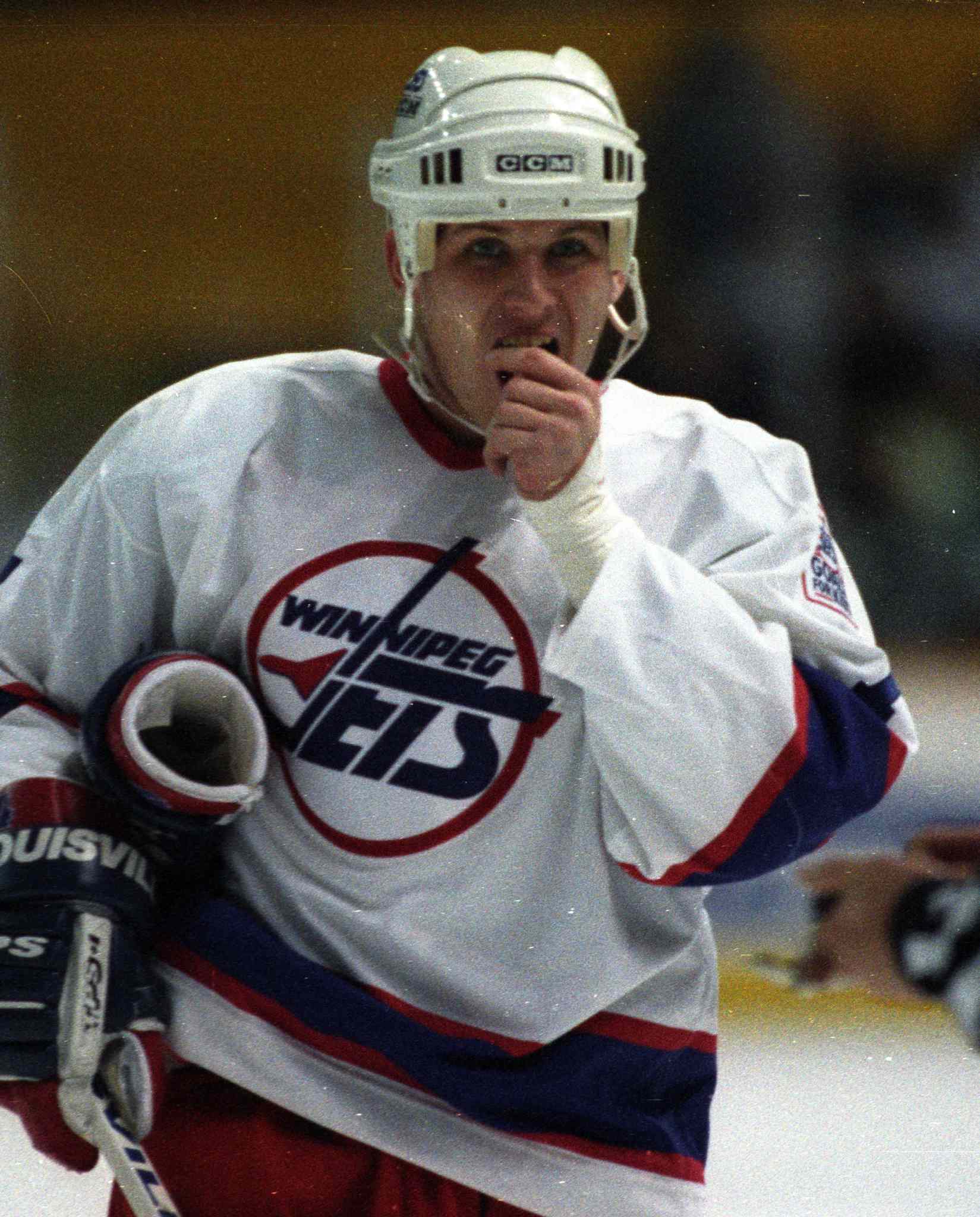 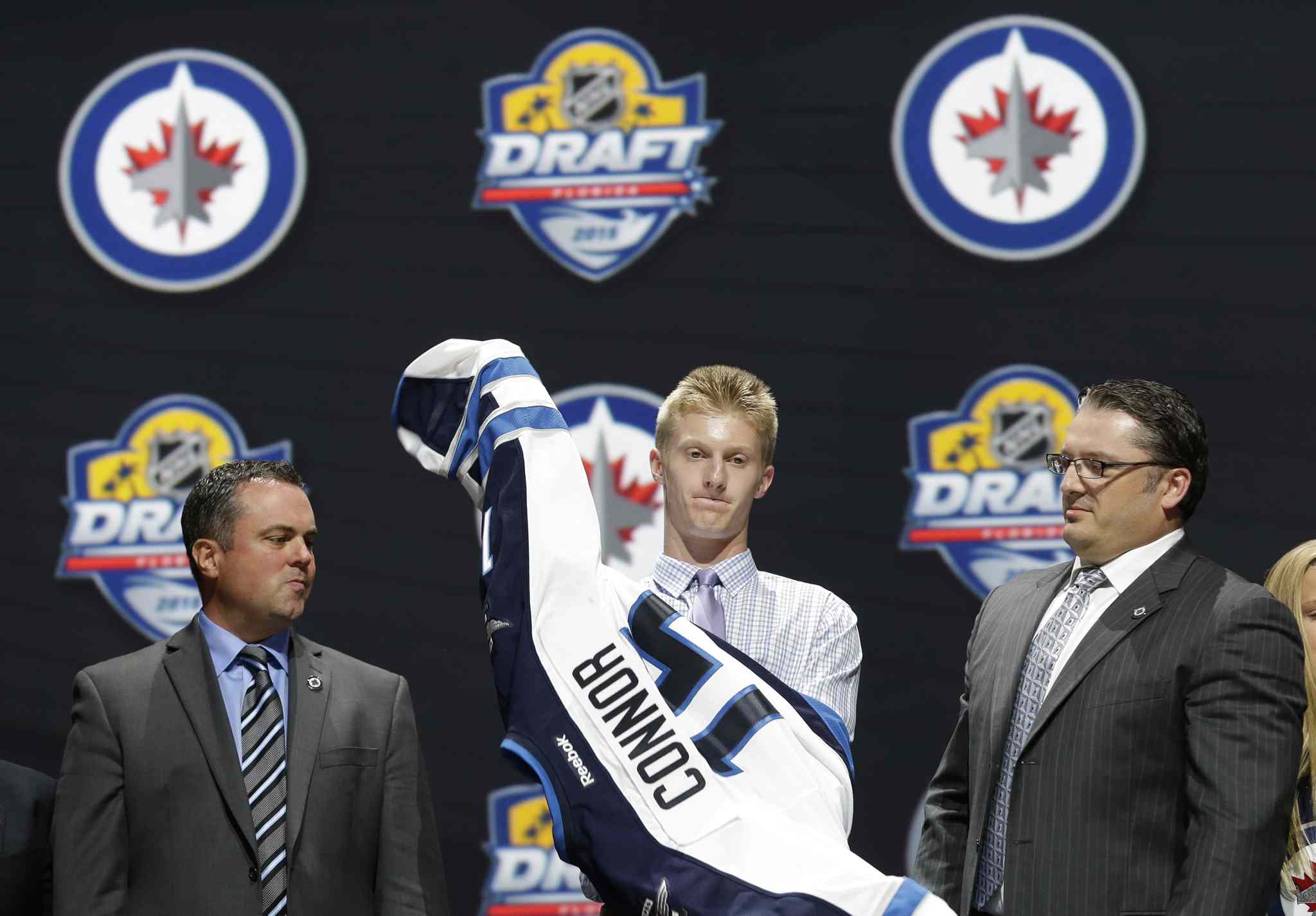