Jacob Trouba was the first domino to fall. There are likely to be others, as well.

Jacob Trouba was the first domino to fall. There are likely to be others, as well.

Kevin Cheveldayoff admitted as much during a hastily-arranged conference call on Monday night, less than an hour after he sent Trouba packing to the Big Apple in exchange for defenceman Neal Pionk and the 20th-overall selection in the upcoming NHL draft.

“There’s lots of things on the go. It’s probably an unprecedented time of conversation between all the general managers. We’ll see if there’s some other things that make some sense for us going forward,” the Winnipeg Jets general manager said.

All of which is to say this, fans: Take a good, hard look at the Jets roster as currently assembled. Maybe take a deep breath, too, because an extreme makeover is underway, one necessitated by both the on-ice result and the off-ice business.

Yes, the vultures are circling above as some serious trade winds blow in our direction, with the Trouba storm finally leaving town. The NHL draft is looming, with plenty of intrigue about what might go down in Vancouver this weekend. Free agency is just around the corner and there could be several holes to fill. And Cheveldayoff is facing a major salary-cap crunch, which is why executives from the other 30 NHL clubs likely have his number on speed dial these days.

Add it all up and the coming days will likely end up being among the most interesting, and newsworthy, since the NHL returned to Winnipeg.

“We’ve still got lots of moving parts or balls in the air, so to speak,” said Cheveldayoff. “There’s no question we have a challenging summer still ahead of us.”

There was a time, not too long ago, when the Jets were a fairly predictable organization. They were committed to the draft-and-develop model, which doesn’t exactly lend itself to a flurry of off-season activity. Or excitement.

Trades were almost non-existent and rarely of the blockbuster variety. Free-agent signings were mostly no-name depth moves unlikely to move the needle. The major focus would always be on the slew of young, talented prospects selected every June who would eventually become key parts of the organization’s core going forward.

Well, those days are long gone. In fact, there’s ample evidence to suggest the Jets took a sharp detour away from that approach a few years ago. Whether you want to call it an evolution or awakening or a team simply hitting another stage of its natural life cycle, there’s no doubt we’re living in different times around here.

The future arrived. The urgency increased. And the mindset changed.

Consider this: since hitting the draft lottery jackpot and getting to select Patrik Laine with the second-overall pick in 2016, the Jets have made 19 other draft selections over the past three summers.

Those 19 players have combined to play a grand total of five NHL games, to date, all coming courtesy of 2017 first-rounder Kristian Vesalainen. That’s not to say the picks are all busts. It’s still far too early to make definitive judgments on their careers, but it would be a mistake to label any as sure things or start pencilling them into future lineups just yet.

That appears to be in stark contrast to the five previous years of drafting that produced a bumper crop in stars such as Mark Scheifele, Adam Lowry, Jacob Trouba, Connor Hellebuyck, Josh Morrissey, Andrew Copp, Nikolaj Ehlers, Kyle Connor and Jack Roslovic, plus some blossoming young players such as Tucker Poolman, Mason Appleton and Sami Niku.

A big reason, of course, is that the Jets’ recent on-ice success has meant picking much later in the first round than those early years, where they were able to snag highly coveted prospects who were able to contribute fairly quickly. They’ve also dealt their first-round pick the past two seasons in favour of acquiring help at the trade deadline in the form of centres Paul Stastny and Kevin Hayes, potentially sacrificing pieces of the future for the present-day.

All of which speaks to the “win now” approach that has become a priority over the longer-term, patient style that was once a hallmark of the Jets.

Newton’s third law states that “for every action, there is an equal and opposite reaction.” And we’re now seeing some of that play out in real time.

For example, the Jets have dipped into European waters in recent weeks, signing a couple of undrafted free agents in Russian forward Andrei Chibisov and Finnish forward Joona Luoto. These low-risk, potentially high-reward gambles are necessary to help keep the shelves stocked within the organization, especially with so many recent draft picks still needing more time and patience.

These players’ inexpensive contracts, at least by NHL standards, are desperately needed with so many other big-ticket items on the roster.

All those years of strong drafting have paid off to a degree, sure. But they also come with a cost, and a deadline, which is emerging in a major way this summer. Several contracts are up for renewal and everyone is looking to get a piece of the pie. But there’s only so much to go around, with the league-mandated salary cap expected to be in the range of US$83 million.

Laine, Connor and Copp all need new deals that will pay them substantially more than they were previously making. Morrissey, Roslovic and Niku are up for renewal next year. Scheifele, Lowry, Hellebuyck and Ehlers already have long-term extensions.

That’s why what once would have been a foreign concept around these parts — moving a young core player who has grown up within the organization — has come to fruition. Trouba, unwilling to sign a long-term extension in Winnipeg, is a goner. He may not be alone in getting a one-way ticket out of town. There are plenty of rumours about Ehlers, as well.

No doubt these will be painful moves for Cheveldayoff to make, given what had previously been the modus operandi of the organization. But circumstances change, and you have to be ready and willing to adjust or risk getting left behind.

“It’s a necessary step for us to begin the process of what work we have to do in the summertime. We’d love to keep everybody and love to have enough cap space to sign everybody to the extensions they deserve and we’d love to take another swing with the group that we have here. But there’s realities in a hard cap world.  We’re fortunate to have some great young payers in our organization here that we need to continue to work on and make sure they’re part of the Jets for years to come,” said Cheveldayoff.

In addition to trying to keep the window of opportunity for winning a Stanley Cup open for as long as possible, I suspect the Jets want to get back to their bread-and-butter and start filling up the pipeline with promising players with the goal of setting the franchise up for sustained, future success.

On Monday night, they found their way back into the first round this weekend, meaning a bright young prospect will soon be in the fold. An Ehlers deal could end up being more of a traditional hockey move that helps fill a position of need, namely on the blue-line or at centre. There could be other changes coming as well.

However it all shakes out, it’s unlikely to be dull. And the Jets, as we all currently know them, are likely to never be quite the same. 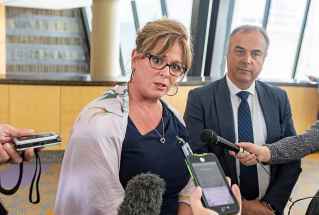 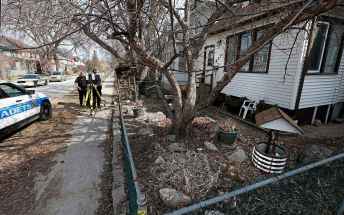 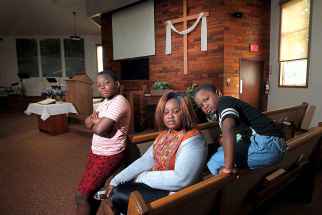 Euphoria turns to fear after shots fired at Raptors rally 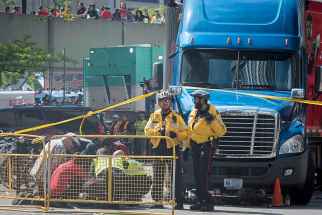 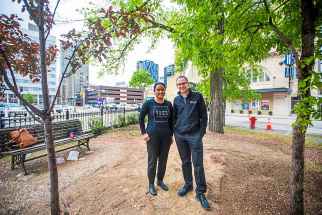 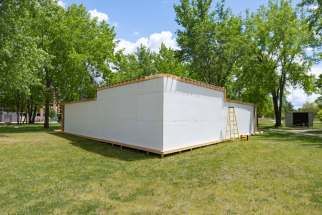 The sunglasses are back: Corey Hart talks about returning to the stage after spending two decades raising his family 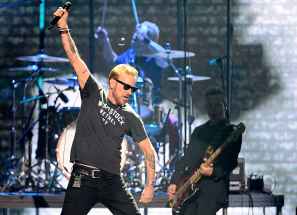 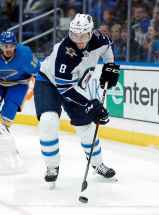 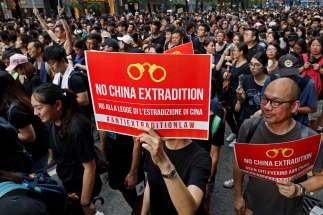 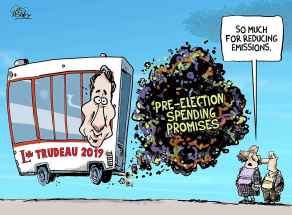 The sunglasses are back Hong Kong protests produce dividends for resistance