The obvious question, of course, is why general manager Kevin Cheveldayoff would possibly do the deal. Isn’t he trying to build a Stanley Cup winner here?

There’s no doubt swapping Trouba for Pionk means the Jets are weaker today on paper. But in a salary-cap world, you always have to keep one eye on the present and another on the future. Which is why looking at this as simply a black-and-white comparison doesn’t offer the complete picture.

Trouba was never going to sign long term in Winnipeg, that much is clear. And letting him walk next summer for nothing would have been a disastrous example of asset management. He had to be moved, ideally for the best possible return that suits the organization’s very specific needs.

And that’s where the shades of grey come into play. The Jets couldn’t afford to take any kind of big ticket back, not with so many of their own players needing expensive new deals. And Trouba and his agent, Kurt Overhardt, apparently made it crystal clear there were just a handful of teams he’d consider signing long term with. The Rangers were one of them, which certainly narrowed the field for Cheveldayoff in trying to maximize Trouba’s value.

In Pionk, they’ve acquired a serviceable 23-year-old blue-liner with some upside who will be under team control for several years going forward, and at a fraction of what Trouba or a similar player of his skill level would cost them.

That cost savings will prove extremely valuable when it comes to icing a competitive team that fits under the salary cap, including locking up the likes of Patrik Laine, Kyle Connor and Andrew Copp this summer, along with Josh Morrissey and Jack Roslovic next summer.

They also get a chance to restock the prospect shelves with the 20th-overall pick Friday in what is considered to be a deep NHL Draft, adding another player on what will eventually become a three-year entry-level contract that will serve the Jets well in the future.

Was it perfect? Far from it. I wonder why the trade went down Monday night rather than taking it up right up until the start of Friday’s draft in Vancouver. Why not make the Rangers or any other suitor sweat it out and try to create a bidding war?

“It’s a bit of a culture shock. Never been through a trade before. You’re thrown off a little bit, I would say all of (Monday) night, I was a little thrown off. Now that it’s settling in I’m excited for the opportunity in Winnipeg.” – Neal Pionk

I also question the logic of not allowing the Rangers to speak with Trouba and his camp prior to pulling the trigger on any deal in an attempt to work out a contract extension. You’d think that would have been a no-brainer from the Jets’ perspective and could have driven the price up. That said, I fully expect the Rangers made the trade expecting to get Trouba’s name on a long-term extension, so perhaps their final offer wouldn’t have changed much, if at all.

As for Pionk, he’s got some big skates to fill around here. I’d suggest he avoid social media, where armchair GMs have spent the past 24 hours ripping the transaction — along with his ability — to shreds.

“It’s a bit of a culture shock. Never been through a trade before. You’re thrown off a little bit, I would say all of (Monday) night, I was a little thrown off. Now that it’s settling in I’m excited for the opportunity in Winnipeg,” Pionk said Tuesday afternoon in a telephone chat from Minneapolis, where he trains during the off-season.

He found out about the trade shortly after stepping off the golf course.

“Really excited for it. That was the first thing I thought of when I switched my mindset to going to Winnipeg, is how good the team is there,” he said.

“When I was in New York playing the Jets, it was always a big challenge. Big, in the sense the team is physically big, but not only that; they can get up and down the ice, and they like to play offence. That fits my game, too. I have a lot of good forwards to pass the puck to.”

Pionk went undrafted and signed with New York after playing college hockey at the University of Minnesota-Duluth. He had six goals and 20 assists last year, his first full season with the Rangers, but believes there’s much more to offer.

“I would say I’m a two-way defender. I can play power play if need be, I can kill penalties. I think I’ve proven I can play against top lines in the league… I can fit up and down the lineup, too. Hopefully there’s an opportunity to use me for all of my abilities,” he said.

“Of course, growing up in Minnesota you hear (Jets captain) Blake Wheeler’s name all the time, and how much of an icon he was in the state high school league, and then playing for the Gophers. So it’ll be pretty cool to meet him.” – Neal Pionk

Pionk was born in Omaha, Neb., but moved at the age of three to Hermantown, Minn., just outside of Duluth. He played on an elite youth team with Connor, and his younger brothers are friends and teammates with Jets’ prospect Dylan Samberg, currently playing at Minnesota-Duluth.

“Of course, growing up in Minnesota you hear (Jets captain) Blake Wheeler’s name all the time, and how much of an icon he was in the state high school league, and then playing for the Gophers. So it’ll be pretty cool to meet him,” Pionk said.

He’s a restricted free agent who made $1.775 million last season, including bonuses. Contract talks with the Jets have yet to begin, but he doesn’t anticipate any issues working out a new deal.

Pionk said last year was a valuable learning experience, as he navigated the many ups and downs of life in the NHL.

“A lot of it, for me, some of it had to do with confidence. Confidence wasn’t where it needed to be, especially when we started losing games. You get in the habit of blaming it on yourself, or at least I do which, in turn, can be good but it can also be bad, losing your confidence like I did,” he said.

“Once you lose your confidence in the NHL it’s hard to get it back. I think I rebounded pretty well in March and April, came back a little bit. Hoping to carry that momentum into next fall. When you’re a young defenceman in the NHL and you’re playing a lot of minutes and your team loses games, I tended to blame it on myself which, in turn, led me to hesitate or lose confidence.”

As for moving from the Big Apple to Winnipeg, Pionk said it should be a simple transition, given his roots in a northern Minnesota town with 8,000 people. A bit different from where he’s been.

“Going from eight thousand to eight million in New York is a bit of a culture shock. And, of course it is cold up in Duluth, so I don’t think I’ll have a problem adjusting to Winnipeg,” he said.

Whether they’re still as much of a contender as they were before the trade remains to be seen, which is why Jets fans may not be sharing the same level of excitement as Pionk right now.

Such is life in the modern-day NHL, where trying to build a winner comes with a substantial cost. 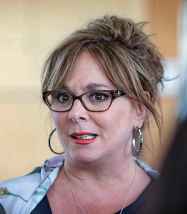 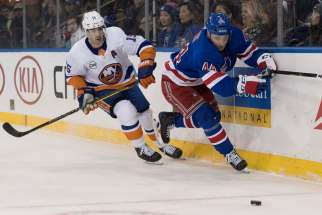 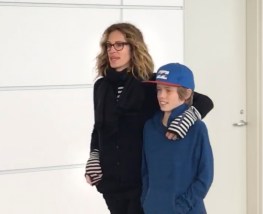 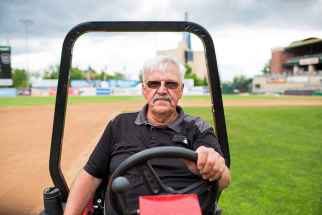 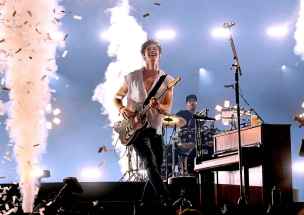 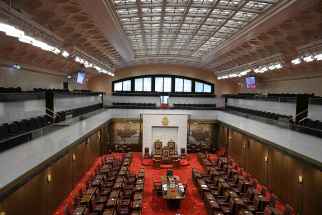 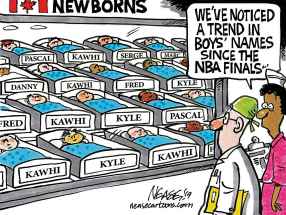