Few things bring this community together more than a Winnipeg Jets playoff run.

Few things bring this community together more than a Winnipeg Jets playoff run.

I witnessed this first in 1987, and the birth of the “whiteout” — when the Jets topped the Calgary Flames 4-2 in the best-of-seven first round. Responding to Calgary’s “C of Red,” Jets fans wore white at home games, and a tradition was born.

My family was on board, too. My uncle (the biggest Jets fan I’ve ever known) wore white; my friends, relatives, and I wore white.

The Edmonton Oilers swept the Jets in the next round, but I recall everyone around me still coming together to cheer on Dale Hawerchuk and Eldon (Pokey) Reddick.

It was a remarkably different feeling than the world around me at the time, living in a society built on racism against Indigenous people.

By 1987, Indigenous people were arrested, jailed, and even murdered with regularity (J.J. Harper would be shot and killed by a Winnipeg police officer a year later).

The Indian Act had disenfranchised Indigenous people and removed them from accessing legal rights, requiring an amendment in 1985 (Bill C-31). This legislation further created a frustratingly long and demeaning process, essentially requiring Indians like myself to prove to white bureaucrats that we are, in fact, Indians. This is still happening today.

Indigenous nations had just been constitutionally erased by Canadian leaders during the Meech Lake Accord, which gave power and recognition to everyone but Indigenous peoples (leading to Manitoba MLA Elijah Harper’s famous stand in opposition in 1990).

The world of 1987 was thoroughly racist and divided, but yet here were Indigenous and non-Indigenous people brought together by a hockey team. All dressed in white, no less.

An NHL playoff run is literally one of the only times you will see Indigenous people — many of whom rightfully march and demonstrate against Canada’s racism — proudly wear a white shirt, with a Jets logo that sports a maple leaf in the middle.

On Wednesday night, my family gathered (online) wearing our white shirts. This time, my hoodie has a logo redrawn by Cree graphic artist Leticia Spence.

It’s also a time, yet again, when we are reminded of Canada’s dark, violent, and racist past, as it came to light last week the unmarked graves of 215 children had been found at a former residential school in B.C.

Unlike 1987, though, Indigenous people won’t be alone in our mourning and demands for change. Instead, change is what Winnipeggers saw as the Jets entered the second round of the 2021 NHL playoffs.

I’ve written and spoken dozens of times about this since. I’ve cried and felt seething rage. I’ve also told anyone who will listen stories of lost children who went to residential school are in every Indigenous community, and more burial sites have yet to be uncovered.

Unlike 1987, though, Indigenous people won’t be alone in our mourning and demands for change.

Instead, change is what Winnipeggers saw as the Jets entered the second round of the 2021 NHL playoffs.

On Wednesday, the team made a pre-game statement, and held a moment of silence, to honour the children found in Kamloops and those of all residential schools, including Manitoba. (Officials from the Winnipeg Jets called this week to ask if I would write the statement. I did.)

The local team announced its players would wear the sticker for the remainder of the post-season, and sources told me there is talk of it being permanent.

Following the territorial acknowledgement, honouring Indigenous nations and committing to reconciliation (done every game), two elders who work with Indigenous communities and survivors of residential schools were honoured: Wally and Karen Swain.

The clothing the Swains wore honoured the children lost at residential schools, reminding us, as a community, of the need to come together to find them and ensure such events never happen again.

The singing of O Canada — seemingly controversial in this context — was performed by Métis singer Don Amero: dignified, sombre, perfect for the moment.

On Wednesday, a new tradition was birthed, this time in orange.

Time for change, together, after the final buzzer, too. 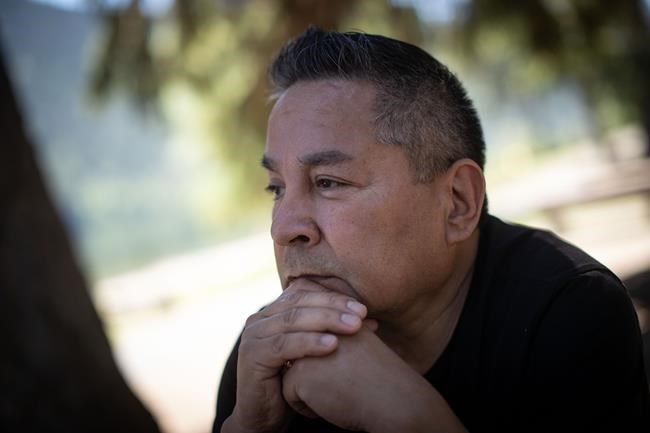 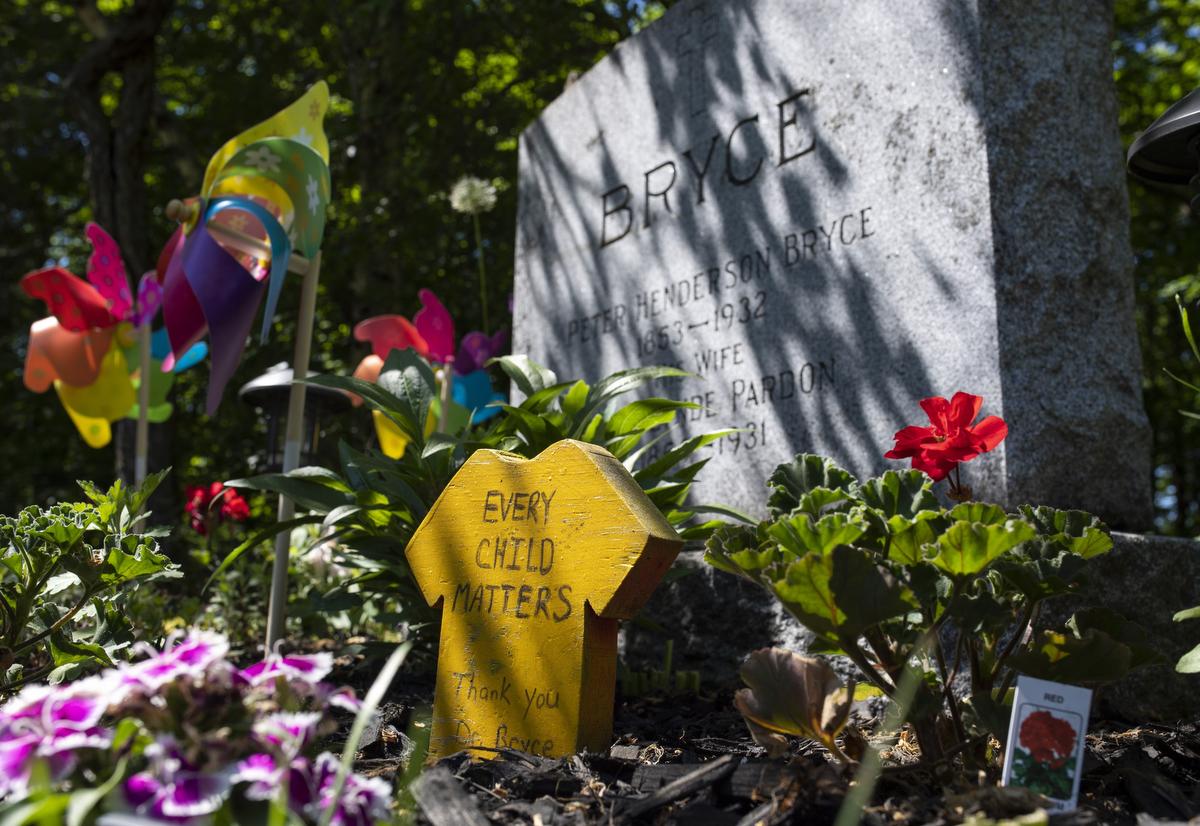 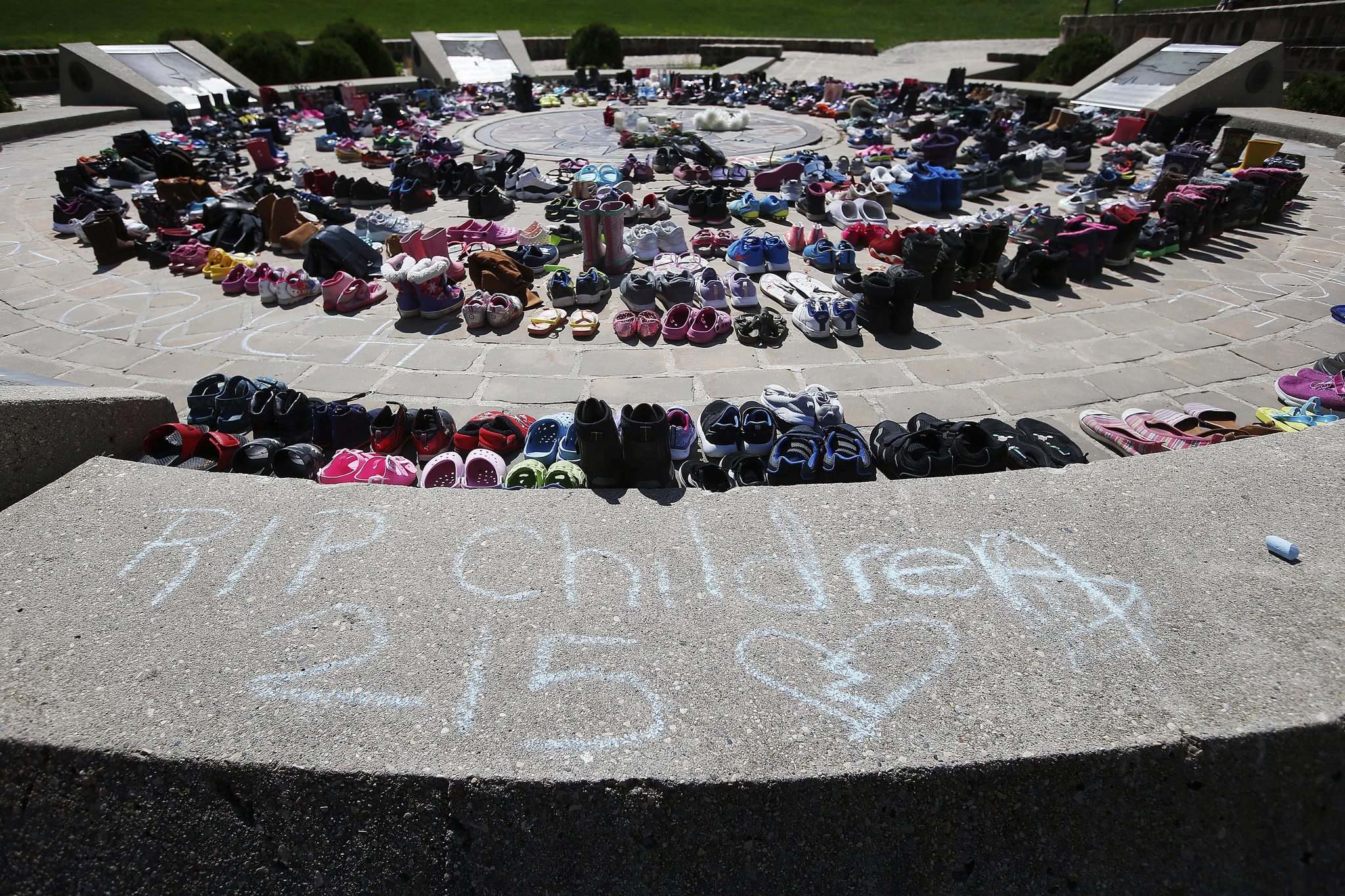 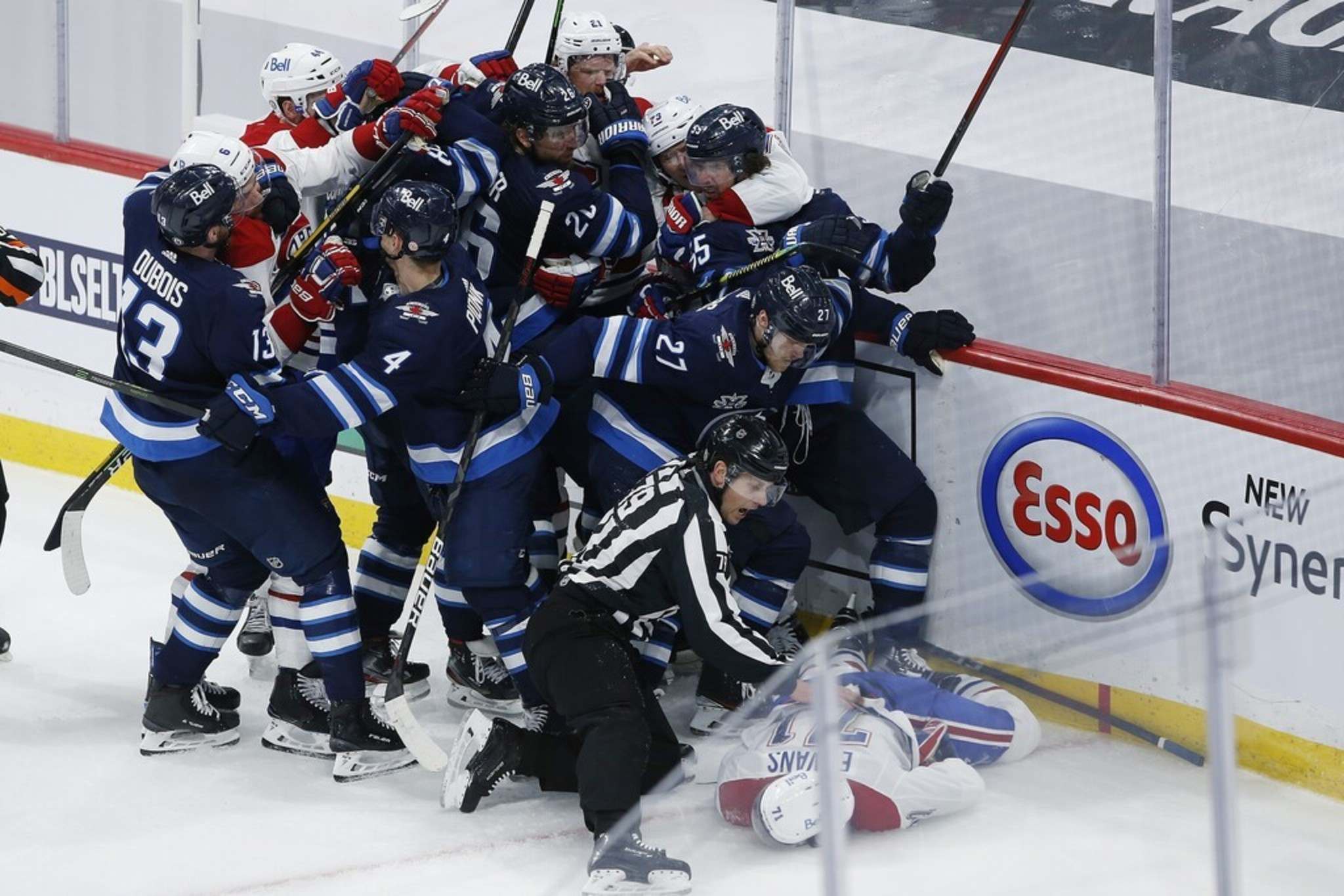 Health-care workers rewarded with chance to cheer on Jets 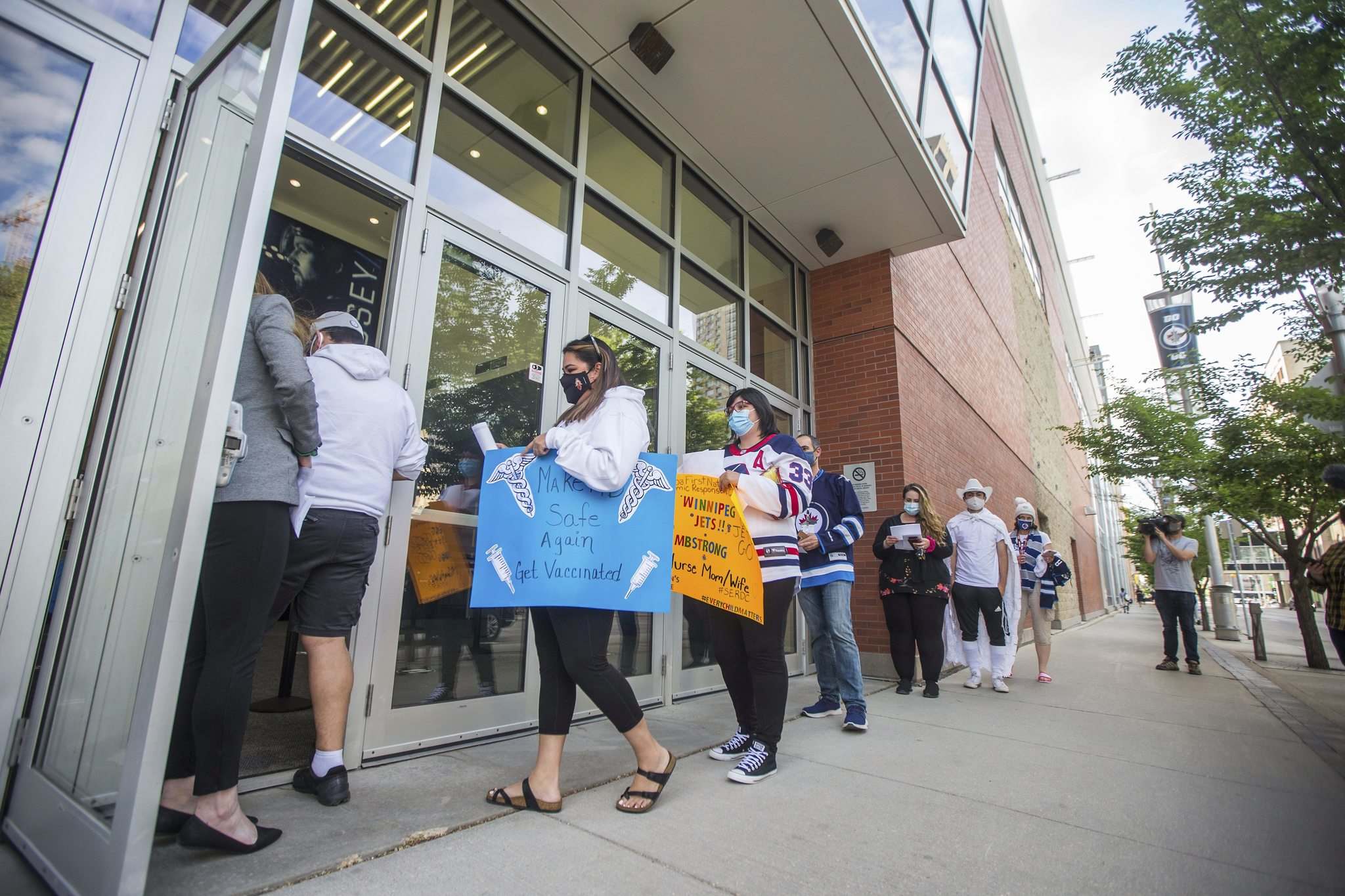 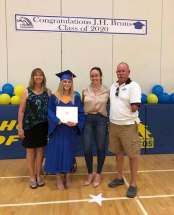 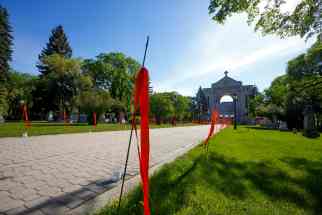 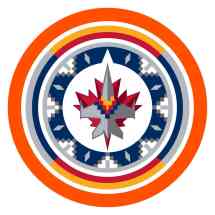 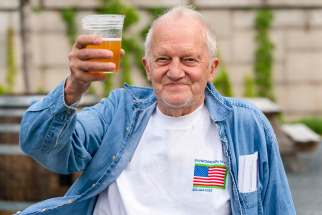 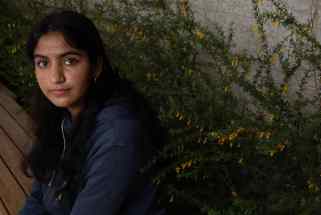 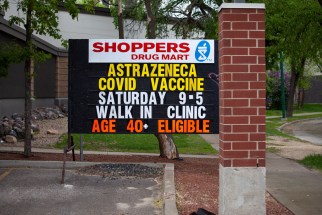 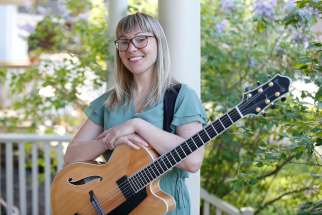 Expressions of outrage and sorrow are not enough 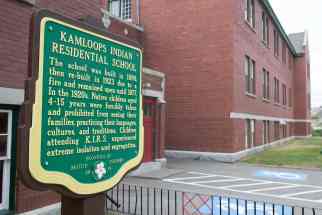