VANCOUVER -- The afternoon of the big announcement we boarded a plane for a quick getaway to Vancouver. The timing couldn't have been better as the Canucks were set to commence battle for the Stanley Cup.

VANCOUVER — The afternoon of the big announcement we boarded a plane for a quick getaway to Vancouver. The timing couldn’t have been better as the Canucks were set to commence battle for the Stanley Cup.

But on the plane it was all about Winnipeg.

Sure, we don’t need to see Sam Katz leading a conga line every day, but I was kinda giddy watching his jig replayed over and over on those little TVs mounted in the back of the plane’s seats. Hometown pride built as story after story on the news channels and TSN zeroed in on the fans and their dances of celebration.

Just like that — a newfound significance, an identity of international proportion. Something way beyond and so much better than being a city known for its poverty, social ills and crime-capital handles. It was something for all to embrace.

For the last two weeks kids have been heading off to school sporting Canuck T-shirts, matching those being worn by their teachers. Flags hang off car windows. Posters are everywhere. And if you’re on the other team and sitting in the penalty box, watch out for those green guys. They’re icons in Vancouver.

Most important, Vancouver’s population is united. All races, all colours, all classes, are on the bandwagon with a winning attitude.

As the first game of the finals neared, the city was anxious to take on Boston. Anxious to go bear-hunting, as one news story quipped. The atmosphere was about as electric as it gets and it didn’t matter if you had a ticket. There was a togetherness — fan or not — and as corny as it might sound, the glue was hockey.

In the minutes leading up to the first game, our Safeway in Kitsilano was hopping with shopping carts full of soda, chips, shrimp and cheese — it was more like New Year’s Eve than June 1.

West 4th is a busy street. Cars, buses, motorcycles and skateboards all usually vie for one of the six lanes. But for Game 1 it took on an eerie quiet, like a twilight zone. And from the police files, with 40,000 jamming downtown venues, there wasn’t a single criminal arrest.

The next day? Hockey talk, everywhere, from every angle.

The front pages trumpeted Vancouver’s early lead in the series. Buried inside the papers were all kinds of stories. There was one about “holding it” and how the water utility could measure the dramatic, increased use of toilets as each period ended.

And another about a homeless guy who holds game-day parties in the parkade where he’s lived for years as revellers watch his 10-inch screen.

But the opinion page of the Vancouver Sun really grabbed my attention.

Mixed in with all the Cup fervour, a guest editorial from the Ottawa Citizen offered readers a sense of the old Winnipeg Jets, “a smooth-skating team that was chock full of skilful Europeans and talented Canadians.” It spoke of our city’s other great institutions — the Royal Winnipeg Ballet, the Manitoba Theatre Centre, the Blue Bombers.

It recognized the 1990s folly of the NHL not wanting Winnipeg because of its small market share. Most important, it recognized Winnipeg’s rabid fans that care about the game. The headline said it all — Welcome back, Winnipeg.

What a shot in the arm! Others were joining our celebration of renewed optimism. Like The Little Engine That Could we’re back in the big leagues.

An estimated 70,000 hit the outdoor venues in Vancouver for Game 2. It was the sunniest and hottest day of the year and with only a couple of hundred “pour-outs” and no real trouble, it was another great success.

Game 3, the Beantown shellacking, delivered shell-shocked fans a this-won’t be-a-cakewalk message. The pall the next morning made clear fans were disappointed but still united with optimism and a hope that the Cup would (could) be won on home turf.

I watched these games in Vancouver and got caught up in citywide euphoria, cheering on the Canucks every minute.

It will be great if our new team can do what the Canucks have done for civic pride.

Where the Cup is parked for the next year doesn’t really matter at the moment, at least for me. My Vancouver loyalties are shifting and I can hardly wait to see Dustin “Big Buff” Byfuglien in a Winnipeg jersey, setting up to screen Luongo as the puck screams into the back of the net.

Vancouver on the verge 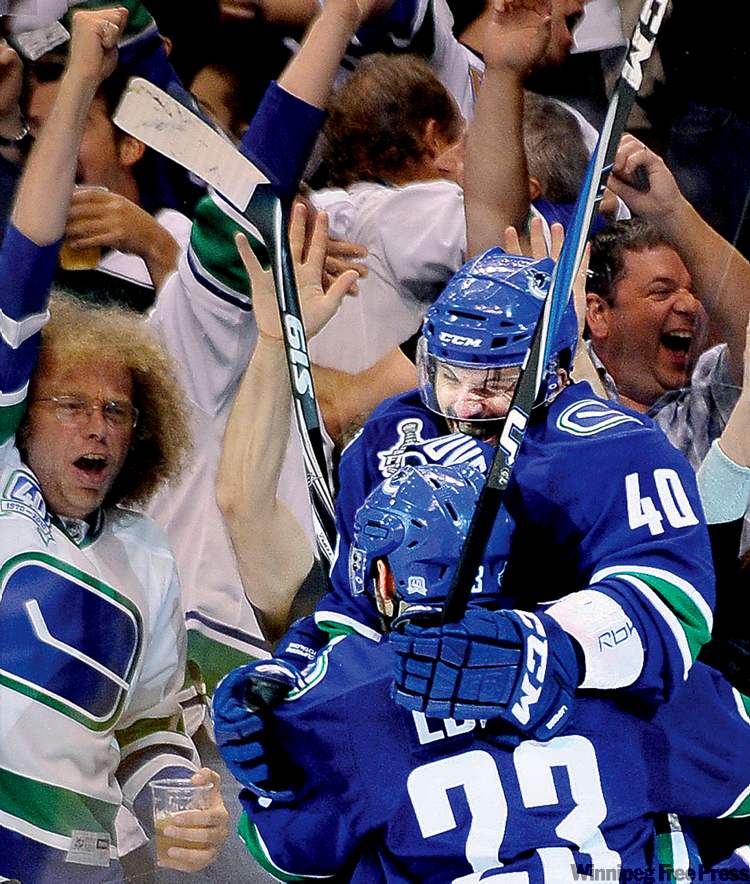 MTS Centre the 'perfect' size for NHL: expert per 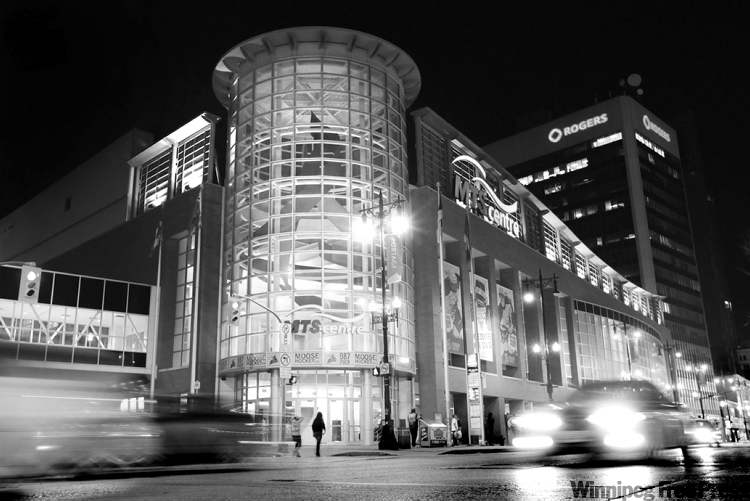 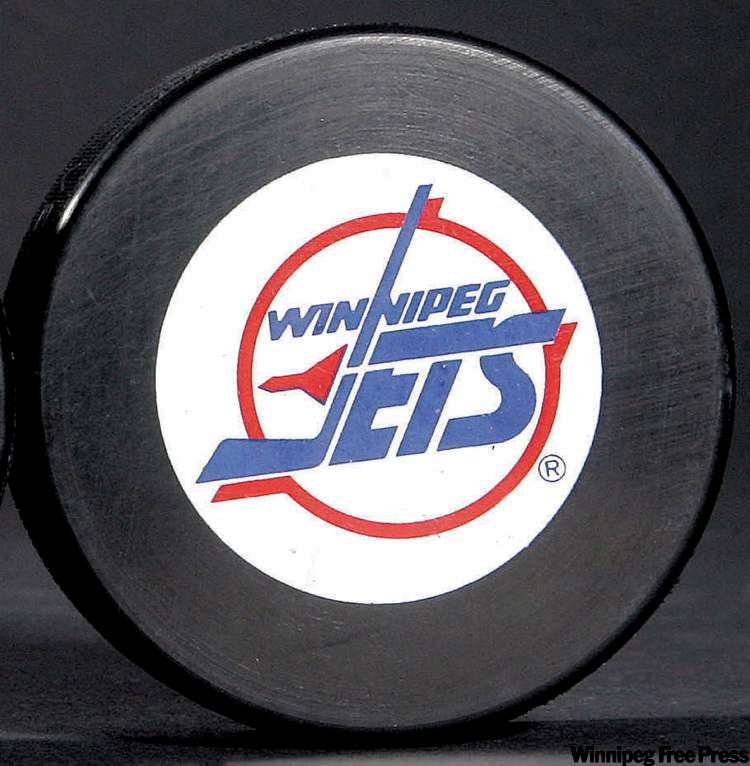