ILE DES CHENES — The ball diamonds here are fields of dreams for kids like Marcus Burak this week as they learn the fundamentals of the game from a handful of former Toronto Blue Jays greats.

ILE DES CHENES — The ball diamonds here are fields of dreams for kids like Marcus Burak this week as they learn the fundamentals of the game from a handful of former Toronto Blue Jays greats.

The nine-year-old Winnipegger, donning fancy shades and a spanking new Jays cap Wednesday morning, had stars in his eyes, running through pitching, hitting, fielding and base-running drills with some of the best to ever suit up in Toronto white and blue, such as Roberto Alomar and Lloyd (Shaker) Moseby.

He’s one of more than 100 youngsters at the Jays’ travelling Super Camp, a two-day minor baseball clinic for kids ages 9-16. It’s the second time in three years the community 25 kilometres south of Winnipeg has hosted the camp.

Marcus, who plays out of Oxford Heights in Transcona, said it’s awesome to receive some coaching from the ex-pros, even though they really are the idols of his father’s generation.

There was Alomar, the Puerto Rican-born major-league hall-of-famer who helped Toronto capture back-to-back World Series titles in 1992 and ’93, positioned near second base (where else would you find the 12-time all-star who won 10 Gold Gloves, more than any other second baseman in history?).

He spent time demonstrating how to turn a double-play, offering words of encouragement with his charming Spanish accent.

Out in centre field was Moseby — a recent Canadian Baseball Hall of Fame inductee who spent 10 seasons with the Jays and was part of a legendary outfield trio with George Bell and Jesse Barfield — sharing some insight on the art of shagging fly balls.

Near the plate was Homer Bush, a .285 hitter over seven seasons in the bigs, including four in Toronto, while 12-year major-league pitcher Tanyon Sturtze, who played just the 2003 campaign with a stacked Blue Jays squad, gave lessons on proper throwing technique.

Each child got a Blue Jays hat, T-shirt, a baseball instructional guide and some time for autographs and pictures.

Bush, a veteran of several camps, said he’s always keen to share his wisdom with youngsters who have the same love for the game he had growing up in East St. Louis, Ill.

“This is really cool being out in the country with these kids,” he said. “I’ll tell you what, I’m an avid baseball coach. I love it. And I think with the right information you can help any kid take their game to the next level. That’s exciting.”

“It’s good to get out and meet people and share a little bit of information that I can, share it with the kids. Getting us here and getting us in this environment, everything’s all set up for us, and all we have to do is coach, man; sign me up for that every day.

Bush broke into the Show with the New York Yankees in 1998, batting .380 in just 45 games during the regular season. He won World Series championship that season with the Pinstripers. During the off-season he was dealt to Toronto along with pitcher David Wells in a deal that send pitcher Roger Clemens to New York.

ILE DES CHENES — Tanyon Sturtze remembers being in Toronto for a good time but not a long time.

The former major-league pitcher with the unique first name, who appeared in 40 games, including eight starts, during his one and only season (2003) with the Blue Jays, still marvels at the abundance of talent available to team manager Carlos Tosca that year.

And it all started with the late Roy (Doc) Halladay.

ILE DES CHENES — Tanyon Sturtze remembers being in Toronto for a good time but not a long time.

The former major-league pitcher with the unique first name, who appeared in 40 games, including eight starts, during his one and only season (2003) with the Blue Jays, still marvels at the abundance of talent available to team manager Carlos Tosca that year.

And it all started with the late Roy (Doc) Halladay.

“I lockered next to him my whole time in Toronto, and the work ethic the kid had was just amazing. He was a beast and, obviously, deserved everything he got,” Sturtze, one of the guest instructors at a Jays’ summer camp for young baseball players here this week, said Wednesday.

“He probably worked harder than anyone else in that clubhouse.”

Halladay, just 26 at the time and in his fifth season as a Blue Jay, was in the midst of carving out a brilliant season as the American League’s top thrower. He finished 22-7 with a 3.25 ERA in 266 innings, recorded 204 strikeouts and surrendered only 32 walks.

He played in the all-star game and, at season’s end, won the AL’s Cy Young Award as the league’s top pitcher.

“Doc had an unbelievable year. He pitched a lot that year for us. I think he pitched four or five times on just three days’ rest. We were trying to chase the (New York) Yankees that year,” said Sturtze.

The baseball community lost one of its all-time greats last November when Halladay died at the age of 40 in a plane crash in Florida.

“It was just a privilege to play with him,” said Sturtze, who was 7-6 with a 5.94 ERA and 54 strikeouts in Toronto. “Before that, I was in Tampa and we didn’t have very good teams. So, being able to play with Doc was very eye-opening, to see the way he worked. It helped me out because I knew I had to work even harder with what I was doing.”

The Jays had plenty of pop that year, too, en route to an 86-76 season that nevertheless left them 15 games back of the Yankees. Carlos Delgado bashed 42 home runs and Vernon Wells provided 33 more.

“We had a great hitting team. We had Delgado, Vernon, (Frank) Catalanotto, Shannon Stewart… a really good lineup. But when you’re in that division, you have a short window to win. Teams like New York and Boston replenish very quickly because they have a lot of cash. They’re tough to catch when they can put out big lineups like that. They don’t hold back when it comes to spending.”

Sturtze played parts of the next three seasons with the Yankees, hanging out with plenty of greats there, too, such as reliever Mariano Rivera, shortstop Derek Jeter and third baseman Alex Rodriguez.

The diamonds in Ile-des-Chênes, situated near the edge of town, with farmers’ fields stretching out just beyond the home-run fences, are a long way from Yankee Stadium.

Sturtze, raised just outside of Boston, said country ballparks remain the heart and soul of the game.

“You come to little towns like this, really in the middle of nowhere, and there’s all these great people and these awesome kids and they’re playing the game we all grew up loving,” he said. “That’s what makes it special.”

His impact was immediate, as he batted .320 and stole 32 bases, while flashing a terrific glove split between shortstop and second base. But the Jays couldn’t make headway as the Yankees owned the American League East Division during his entire stint in Toronto.

Bush said he was happy to see the Jays make the post-season during the 2015 and ’16 campaigns — even though he worked for the Texas Rangers organization at the time.

He was at Global Life Park that day in May 2016 when Texas second baseman Rougned Odor landed a nasty punch to the face of Jays slugger Jose Bautista — the result of a feud simmering for a year following Bautista’s bat flip in the 2015 AL division series.

“It was good to see Toronto competing at that level again. But man, that whole Toronto-Texas thing got ugly,” Bush recalled with a laugh.

“I got a chance to see it first-hand, the fight and all that. It was amazing. (Bautista) was caught off guard. He didn’t know it was coming. He thought there’d be some pushing and shoving, maybe ask, ‘How’s the wife and kids doing?’ He wasn’t looking to get squared up.”

The camp continues Thursday in Île des Chênes, with the kids getting a chance to face some game-type situations. The Jays have made several stops in Manitoba the last few years, including Winnipeg’s Shaw Park and Brandon’s Andrews Field.

More than a dozen Jays camps are held right across the country during the summer months, including last weekend in Saskatoon and Miramichi, N.B., and another happening this week in Montreal.

“It’s important for the Blue Jays as Canada’s team to really put our feet on the ground in all the provinces and really connect with all these kids, bring our alumni along and really spread this great game of baseball,” said T.J. Burton, the Jays’ manager of amateur baseball.

“Our alumni members love it. When we first started doing these, we reached out to them as an opportunity for them to re-connect with the organization. Now, they’ve just fallen right back into that Blue Jays family. You see it year to year when they come back and remember kids, and they have nicknames for them. They start forging relationships with young players around Canada.”

For Marcus, one simple message from Moseby seemed to really hit home.

“We learned about pop-ups. He taught us if there’s ever a pop-up, you should run to it. If you drop it, that’s OK. You should still pick it up and pretend you didn’t even drop it and throw it to the base,” the youngster said. 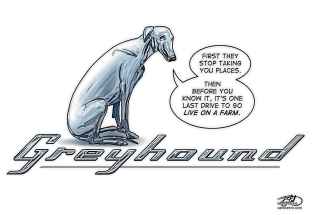 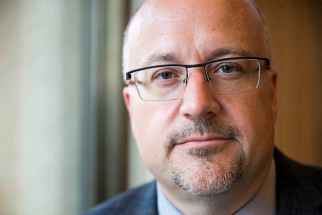 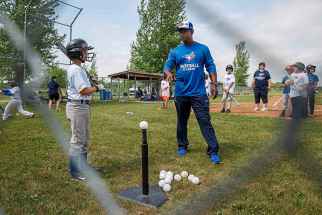 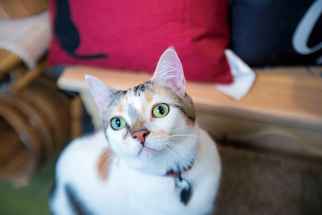 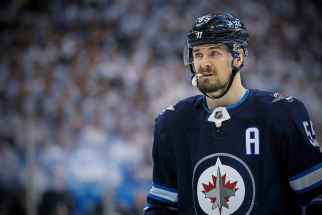 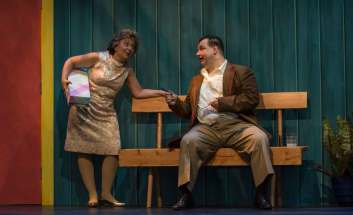 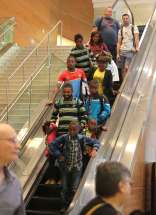 ‘I am innocent of any wrongdoing’