Chasing a shot at gridiron glory

When Macho Bockru and Brock Gowanlock signed their first professional contracts, there was no guarantee that it'd amount to anything more than a piece of paper framed on the wall.

When Macho Bockru and Brock Gowanlock signed their first professional contracts, there was no guarantee that it’d amount to anything more than a piece of paper framed on the wall.

Gowanlock, a defensive lineman from Duncan, B.C., was the lone University of Manitoba Bison selected in the 2020 CFL Draft as the Montreal Alouettes grabbed him in the eighth and final round. His college teammate Bockru, a wide receiver who first broke out with the Winnipeg Rifles, went undrafted despite being named a Canada West all-star in 2019. His disappointment was offset by the fact his hometown Winnipeg Blue Bombers signed him to a contract this past January.

But coming off a cancelled season, there was a ton of uncertainty surrounding the CFL heading into 2021. Bockru and Gowanlock heard the noise, but it didn’t stop them from daydreaming about a return to IG Field — whether it be as an opponent or as a member of the Blue and Gold.

Luckily, time for daydreaming is over as the CFL announced Monday the 2021 season will officially kick off on Aug. 5. Training camp is less than a month away as it’s slated to begin July 10.

“I’m stoked, man. To be honest, my gut feeling was there was going to be a season this year,” said Gowanlock in a phone call from Squamish, B.C.

“It took me a while to get there. Honestly, it was a little shaky for a while once we got our second wave and then a third wave of COVID. It’s just so relieving to have the news finally come.”

Bockru, 23, and Gowanlock, 24, haven’t played a football game since Nov. 2, 2019 when the Bisons lost a heartbreaker to the Calgary Dinos 47-46 in the Hardy Cup semifinal. Before this week, they’ve been training and training with no real date set on the calendar. It’s not always easy to stay motivated when that’s the case, but for Bockru, all he needs to do is remind himself that all nine teams passed on him in the draft.

“I was super bummed. There’s no denying that,” Bockru said.

“It was a hard letdown in the moment, but I’ve known from the jump that it doesn’t matter how you get there whether you do get drafted or you don’t. You have the same opportunity at camp… (But) it helped a ton. It got me up in the morning and made me push extra hard in the gym and in my training sessions afterwards.”

The long layoff wasn’t appreciated, but the former members of the Herd haven’t been sitting on the couch. In addition to training at IG Field with the handful of Bombers that are already in town, Bockru has been getting Bisons quarterback Des Catellier to throw him some passes.

As for Gowanlock, he’ll arrive at Montreal’s camp in tip-top shape, but he can’t thank football for that. Gowanlock was a standout for B.C.’s provincial rugby team when he was in high school. When the 2020 CFL season was axed, he was offered an opportunity to return to his old sport. From September to April, he was in Langford, B.C. training with Rugby Canada.

“(Rugby Canada coach) Jamie Cudmore gave me a call and said ‘Hey man, we’re interested in bringing some athletes in to see what we can get for Canadian rugby to help and develop the program.’ So I said ‘Sure, I’ll take you up on that opportunity for sure.’ Rugby is a sport that I love. I think it’s really fun. It’s a lot different than football, but some of the skills can transfer pretty well with tackling, tracking players, side to side movement, speed and all that kind of stuff,” said Gowanlock, who had 35 tackles, one pass breakup, and one sack in eight regular season games in 2019.

“I thought of it as a pretty good opportunity to develop my athletic skills still.”

At the best of times, an undrafted receiver and an undersized defensive lineman (Gowanlock stands 6-2 and weighs 235 pounds) picked at the end of the draft would have their work cut out for them to land a roster spot. This year will be an even bigger challenge as they’ll have to battle it out with their fellow 2020 draft classmates as well as a crop of rookies from the 2021 CFL Draft that took place last month.

“I understand maybe I’m not the genetically prototypical defensive end or anything like that, but I know when I get to camp, my hard work and my mentality are going to show,” Gowanlock said.

“Yeah, there’s going to be lots of young guys there, but I mean that’s the same with anything in life. Nothing good comes easy and free. I get it that I’m going to be in competition with a lot of people, but that’s kind of what I want. I’d rather take the hard reality and take it for what it is than be gifted something.”

“I’m fully aware that we got two draft classes coming in. That’s a lot more competition than any other year but I live for competition. I enjoy competing, I love it, so if there are more guys coming into camp, I’m looking forward to it.” 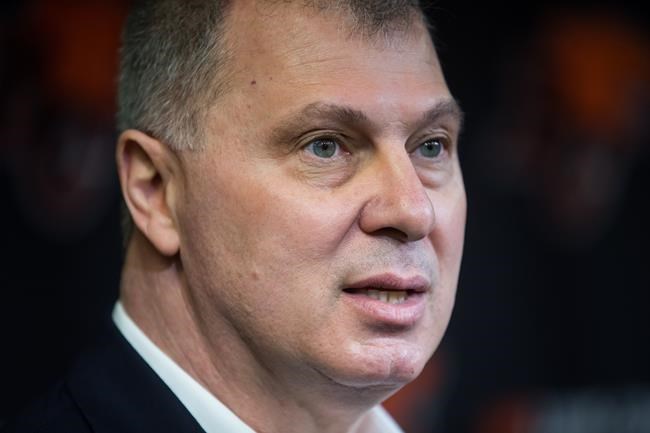