Jet can relate to Crosby’s situation

WINNIPEG - Jim Slater is just like every other hockey fan on the planet -- he wants to see Sidney Crosby return to the ice ASAP and 100 per cent healthy.

WINNIPEG – Jim Slater is just like every other hockey fan on the planet — he wants to see Sidney Crosby return to the ice ASAP and 100 per cent healthy.

But the 28-year-old Winnipeg Jets forward also feels a kinship of sorts with hockey’s superstar: Slater missed the last half of the 2010-11 NHL season fighting his own post-concussion symptoms.

“I feel great,” said Slater Wednesday after a workout with teammates at MTS Iceplex. “It’s been a long, long summer for me. But I’ve worked really had to get back. And when you’re out for seven months you have to work twice as hard to be back. I’ve put in a good summer to do that and I feel really good coming in here right now.”

Slater was injured last December in a collision with teammate Dustin Byfuglien. Initially, he thought he would be out for just a few days, but the symptoms progressed and he hasn’t played a game since last New Year’s Eve.

He was cleared by Jets doctors in June and has to get the same thumbs up this Friday before he can participate in the team’s full training camp.

Crosby, meanwhile, told reporters at a press conference on Wednesday that it’s ‘likely’ he’ll return to play this season but insisted he wouldn’t rush back to the ice. Crosby suffered a pair of concussions in January and did not play the rest of the season.

“I didn’t see the press conference, but I’ve definitely been following the different guys throughout the league that have had these long concussions,” said Slater. “I was checking out where they were and where I was in our recoveries. Eventually I broke free and was able to get rid of the symptoms.

“I feel for those guys. It was one of the most-frustrating injuries I’ve ever had.”

Sidney Crosby getting better, but no timeline for his return to the NHL 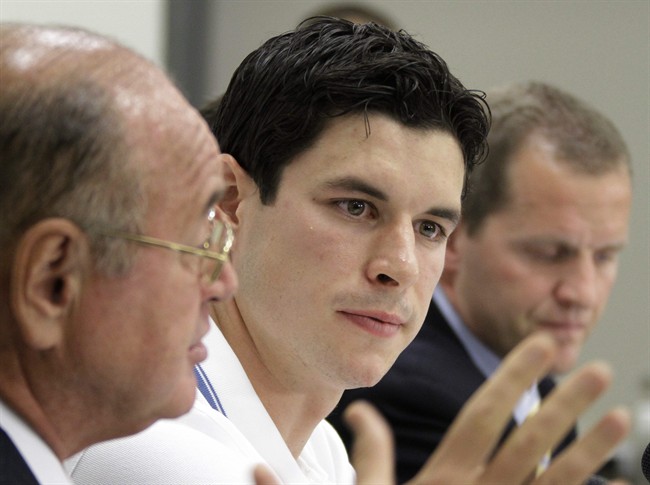