WINNIPEG has won seven of its last eight at MTS Centre by a combined score of 30-18, but is coming off a 7-1 spanking in Detroit last Saturday… The Jets are 9-4-2 in games in which they score first, including Saturday’s loss in Detroit… Bryan Little is on a six-game point streak (4G, 4A) and has 10 goals in his last 15 games… Blake Wheeler has 12 points (2G, 10A) in his last 11 games… The Jets’ power play is ranked 14th overall; the penalty kill is 19th… Evander Kane (112) and Dustin Byfuglien (111) are ranked third and fourth in the NHL in shots taken… Kyle Wellwood leads the Jets in shooting percentage (20.6) with seven goals on 34 shots; that ranks in him 10th in the NHL.

MINNESOTA sports the best record in the NHL at 20-7-3 and have been absolutely dominant on the road with a 10-3-2 mark… This is the farthest into a a season the Wild has been ranked first overall in franchise history… The Wild roster features four Minnesotans: Mike Lundin (Burnsville), Matt Cullen (Virginia); Jeff Taffe (Hastings) and Nate Prosser (Elk River). Just for comparison, the Jets’ lineup features three Minnesotans: Mark Stuart (Rochester), Blake Wheeler (Robbinsdale) and Dustin Byfuglien (Minneapolis).. Snowflake, Man.’s Justin Falk is on the injured reserve list… This is Minnesota’s fifth consecutive road game; they are on a seven-game road winning streak… Mikko Koivu leads Minny in scoring (7G, 19A)… Wild goaltenders have combined to sport the third-best goals-against average through 30 games at 2.06. 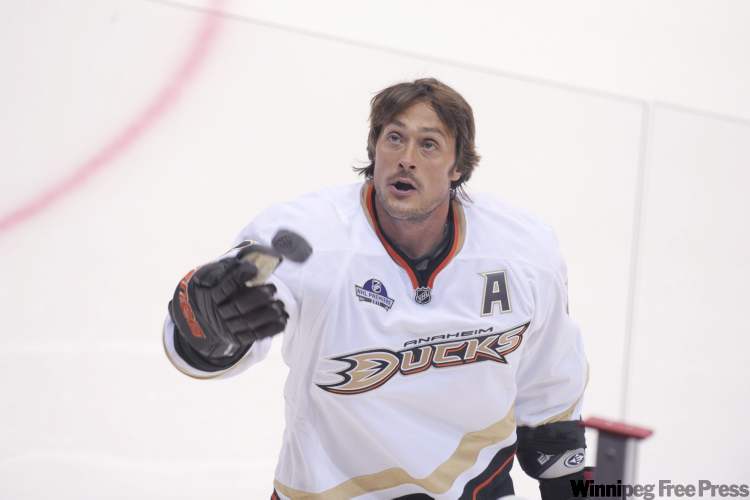