Playing with the big boys

Jets committed to putting bigger, tougher players on the ice

Contrary to what some may think, the Winnipeg Jets' preoccupation with size -- getting bigger, stronger and more skilled -- didn't begin to germinate during the Los Angeles Kings' run to the Stanley Cup.

Contrary to what some may think, the Winnipeg Jets’ preoccupation with size — getting bigger, stronger and more skilled — didn’t begin to germinate during the Los Angeles Kings’ run to the Stanley Cup.

Still, as the Kings made history by winning their first title with a roster that was the perfect blend of brawn and talent, it did hammer home a belief long held in the Jets organization and reinforced periodically during the first season in Winnipeg:

On too many nights, especially those back-to-back affairs, the Jets were simply ground into submission.

And while size isn’t the be all and end all, getting bigger, heavier and tougher would help make the Jets — to borrow a baseball phrase — ‘a tougher out.’

The free-agent additions of Olli Jokinen (6-2, 210) and Alex Ponikarovsky (6-4, 225) are the quick fixes, but it was while watching the Jets’ first development camp last week at MTS Iceplex that their long-term blueprint was on full display.

Among the 33 position players in attendance, excluding the goaltenders, only seven were shorter than six feet and 20 were listed at 190 pounds or more. Remember, too, that most of the assembled were still-growing teenagers who have yet to fill out their frames.

One of the most-intriguing big men in the Jet system is Swift Current Broncos’ winger Adam Lowry, whose dad Dave played in over 1,000 NHL games with Vancouver, St. Louis, Florida, San Jose and Calgary.

Not bad for a guy who missed half of last season with a serious hand injury from which he is still recovering.

“Every day it gets better,” said Lowry. “There are days where there is a little bit of soreness and tightness, but every day I’m getting therapy, every day I’m in the gym.”

Lowry broke the scaphoid bone and tore ligaments in his left hand last winter in Swift Current and the extent of the injury wasn’t revealed until he had an MRI. A roughly four-inch scar on the back of his hand is a hint at the extent of the injury, which also required a screw to be inserted. The procedure was done by Jets doctors here in Winnipeg.

Last week’s development camp gave Lowry a chance to test out the hand for the first time, even if the action was mostly non-contact and emphasized skill development.

“It’s like they say, ‘Sometimes you don’t realize how much you might miss something until it’s taken away,’ ” Lowry said. “I’ve experienced that. I was on the ice skating a lot, but not being in the competitive nature of games and having to sit out… it makes you want to get back out there and push yourself to the next level.”

Lowry will return to the Broncos in the fall and hopes to establish himself as one of the WHL’s best power forwards. Some day, perhaps, he’ll be trading in Bronco blue for Winnipeg Jet blue.

And if size does indeed matter, consider this: Lowry has grown an inch and put on 15 pounds since being drafted by the Jets in the third round last year — a development that will have Jet brass positively beaming.

“It’s been quite substantial, the growth,” said Lowry. “I’m not sure how much taller I’m going to get… I’m topping out there, but I’m working on filling out my frame. I want to put on a few more pounds this summer and improve on my fitness scores when I’m back here in September for main camp.”

JETCETERA: The Jets confirmed Monday defenceman Arturs Kulda, who appeared in nine NHL games and had six goals and 14 assists in 63 games in St. John’s, has signed with Sibir Novosivirk of the KHL.

Size matters (and how you use it)

A look at the biggest Jets — excluding goaltenders — on their current roster (All figures courtesy winnipegjets.com): 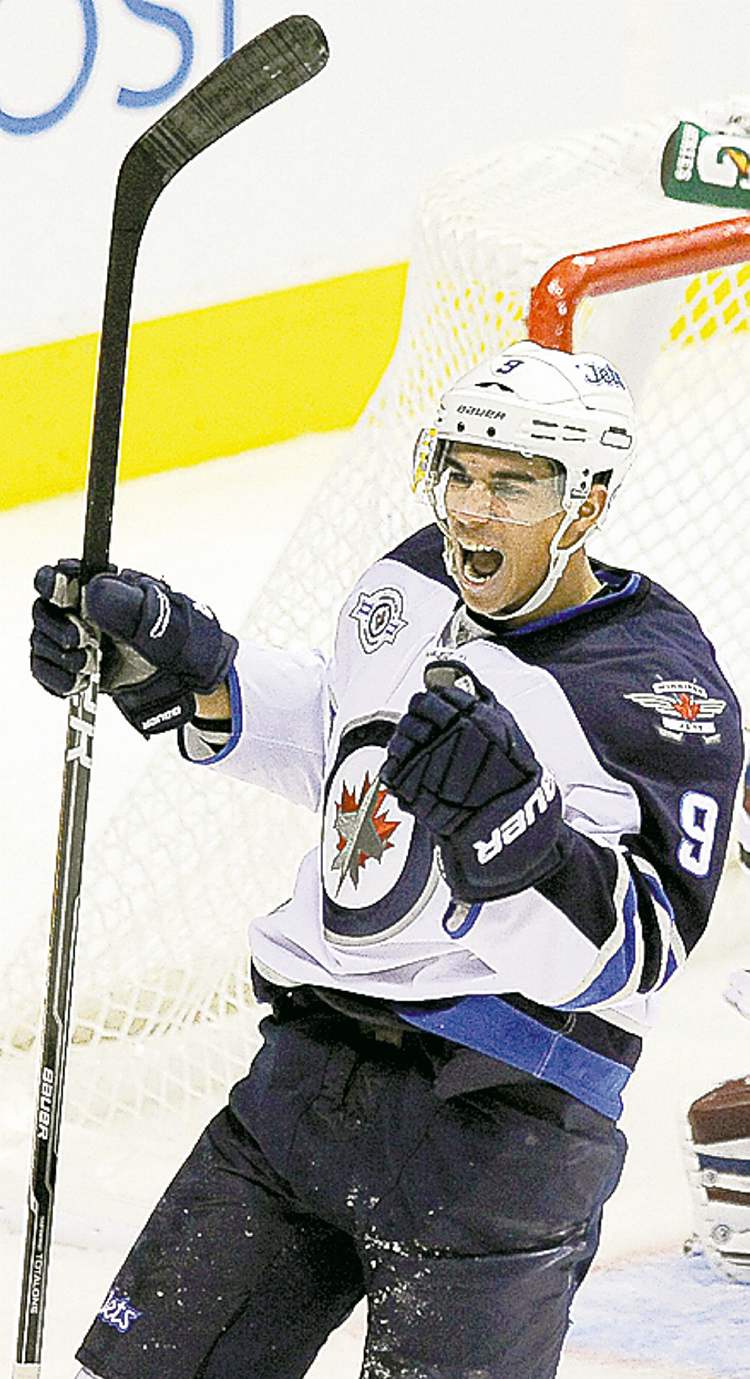