It all started with a curious vignette. Two chefs with a giant submarine sandwich hoisted atop their shoulders en route to, presumably, devour their cargo in some undisclosed location. They look hungry. One is sporting a wide grin and the other is licking his lips.

It all started with a curious vignette. Two chefs with a giant submarine sandwich hoisted atop their shoulders en route to, presumably, devour their cargo in some undisclosed location. They look hungry. One is sporting a wide grin and the other is licking his lips.

“It became a running joke and we started calling these guys the hoagie boys,” Stefan Lytwyn says of the goofy red and white line drawing emblazoned on his paper sandwich bags. “That’s literally where the name of the restaurant came from, everything is inspired by this stupid bag.”

Hoagie Boyz, a new sandwich shop in South Osborne, is the creation of Lytwyn and Nyk Bielak along with co-conspirators Nick Luchak and Jesse Angers — the foursome is also the brains behind Kosmo’s Space Cowboy Food Cantina, a bombastic comfort-food ghost kitchen that rose to prominence amid the pandemic.

While Kosmo’s doled out burgers, fried chicken and loaded tater tots, Hoagie Boyz is focused on classic sub sandwiches with a twist. The change of concept was necessary when they finally found their brick-and-mortar location. Deep-frying wasn’t an option in the former barbeque joint at 513 Osborne St., so the business partners decided to simplify.

“Winnipeg does have lots of great sandwich shops… but there’s not a lot of places where you can go and get a big Italian-style sub,” Lytwyn says. “And we were trying to find something that meshes with the neighbourhood.”

In the last decade, South Osborne has become something of a local food mecca, with everything from breakfast to street food to fine dining to pub fare available along the 10-block strip. A “friendly sandwich shop” seemed like a good fit.

For a while, opening said shop felt like a pipe dream. The owners closed Kosmo’s last November and looked at a dozen or more locations before finding the small, unassuming restaurant for lease on Facebook Marketplace. The space needed work, but renovations allowed them to put their own silly spin on the building.

The exterior has been whitewashed save for a large mural designed by Luchak — a graphic designer by trade — of a donkey (or a dog or a horse) pulling a sandwich. Inside is a counter and a small dining room decorated with bobbleheads and obscure posters — a vintage Winnipeg Jets Magic Eye, a Dolly Parton portrait and a fast food ad with the words “Food?” and “Yes!”

After relying solely on takeout and delivery for Kosmo’s, dine-in was a must for Hoagie Boyz. The restaurant’s bright picture windows were an added bonus.

“We were in a basement,” Bielak says of their former home in the rental kitchen at the German Society of Winnipeg. “It was me creeping up the stairs and handing people cheeseburgers.”

For the first time, they’re able to meet customers and connect with longtime Kosmoheads who have embraced the new concept. While Kosmo’s is on hiatus for now (Winnipeggers may see a brick-and-mortar version in the future), Hoagie Boyz carries on the restaurant’s tradition of meme-tastic marketing.

“This place is such a nice mix of highbrow and lowbrow,” Bielak says. “And it wouldn’t work any other way, I mean, we couldn’t get away with the s—- we have written on our board if the sandwiches were garbage — there’s a certain amount of walk we need to walk in order to talk the talk.”

Chefs Lytwyn and Angers have worked in fine dining for years and met on the line at Deer + Almond. Applying those skills to casual cuisine has been a winning combination.

“It was a nice change for me and a new environment,” Angers says. “Now I get to use all that knowledge for sandwiches.”

There are five hoagie options on the menu at the moment — mortadella, deli meat, breaded eggplant, roasted turkey and pork — as well as macaroni and chickpea side salads. The 10-inch sesame seed buns are delivered fresh from Gunn’s Bakery every morning and the components for each sandwich are made in-house — sometimes painstakingly. The turkey for the Young Turk, for example, starts as a whole bird that, between brining and roasting, takes four days to prepare.

The amount of prep required and the lack of storage space in the restaurant means Hoagie Boyz often sells out of product before closing time. It’s a daily adventure the team has gotten accustomed to since opening in June.

“It’s kind of like working on a pirate ship or something,” Lytwyn says.

Hoagie Boyz is open Tuesday to Saturday from 1 to 7 p.m. Visit hoagieboyz.com for a full menu. 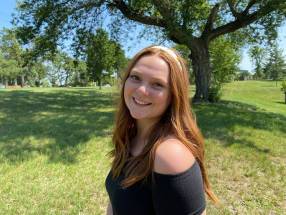 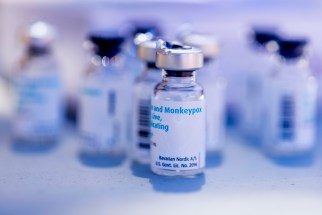 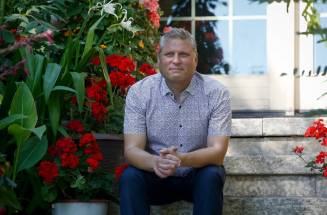 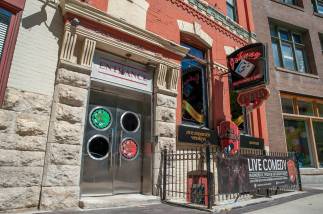 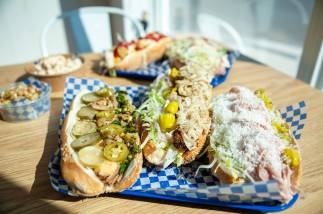 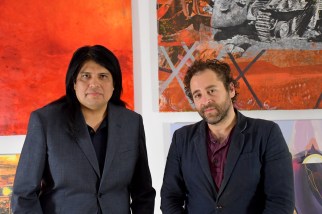 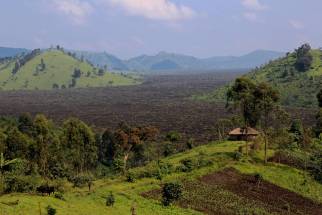