From classic standards to festive originals running the gamut from party starters to contemplative tear-jerkers, here’s a hand-picked playlist from the Free Press arts and life team for whatever your holiday mood.

It Won’t Be Christmas (‘till You’re Here)

Begonia placed this audio Christmas gift under the tree in 2018, and there are more presents coming for the Winnipeg singer-songwriter’s fans. She released a new single, Cold Night, on Dec. 7, which is a teaser for her next album, Powder Blue, coming out Feb. 24.

Have Yourself A Merry Little Christmas
Phoebe Bridgers

Have Yourself A Merry Little Christmas, originally written in 1943 by Hugh Martin and Ralph Blane, and debuted by Judy Garland, is reliably an emotional wrecking ball. But this version, from American singer-songwriter Phoebe Bridgers, is easily one of the most devastating renditions yet. Bridgers’ feathery vocals, coupled with slow, resonant guitars will leave you misty-eyed — especially when she hits the line, “we’ll have to muddle through somehow.”

The mezzo-soprano from Opaskwayak Cree Nation sings Silent Night in Cree; earlier this month she proved her operatic vocals are an ideal fit for the blues with Please Come Home for Christmas, the R&B classic written by Charles Brown.

The local king of Christmas paints a crystal clear picture of the anticipation and the expectations wrapped up in seasonal celebrations. You can spend a year looking forward and it’s all over in the blink of an eye. Run to Christmas Day is an original from Hoe’s 2020 holiday album, Brighten Up the Night.

The song has been covered by everyone from Gwen Stefani to RuPaul, each version slightly more overwrought than the one before. Kitt’s original beats all the remakes. With tongue firmly in cheek, she exhorts Santa to bring her super-luxe items, assuring him she’s been an angel all year. There is innuendo galore throughout, acceptable only because it’s Kitt putting in her sweet requests.

A niggun is a melody. In place of actual words, niggunim make use of nonsense syllables — remember Tevye’s“biddy-biddy-bum” in Fiddler on the Roof? But Israeli jazz artists Omer Klein, Haggai Cohen Milo and Amir Bressler replace the vocalized nonsense with florid instrumentals. No matter your religious background, Niggun — pronounced knee-goon — could fit right into your holiday playlist for a cold winter’s day, mixed right in with your favourite Vince Guaraldi Trio tracks.

James Murphy and his LCD Soundsystem cohorts delivered this one-off, not-so-festive tune in late 2015, just as the band ramped up again ahead of its (excellent) 2017 record American Dream. The lilting, waltzy rhythm harkens back to Ziggy Stardust-era David Bowie as Murphy laments all the ways Christmas is crushing to those who aren’t loaded with holiday cheer, before the tune comes to a satisfying, crashing close.

On Nov. 5, the devastating news broke that Mimi Parker, Low drummer and co-vocalist (with guitarist husband Alan Sparhawk), had died at age 55 of ovarian cancer. It makes listening to Low’s gorgeous, stripped-down and melancholy 1999 EP Christmas, a collection of originals and covers, particularly tough this year. However, opener Just Like Christmas is a surprisingly upbeat original featuring Parker’s angelic voice musing about travelling through Europe as it snows, over a shimmering, sleigh-bell driven beat.

This holiday hit first came out in 1963, but the song, and Love, became legends when talk-show host David Letterman brought her back into the spotlight to perform the song in 1986. She sang it every year after, right before Christmas, including a grand finale in 2014, Letterman’s last holiday show.

This original from British-Australian comedian Tim Minchin, performed on solo piano, manages to be both sweetly sentimental and laugh-out-loud funny. Come for the spiky social commentary — “And yes, I have all of the usual objections/To the miseducation of children/Who, in tax-exempt institutions/Are taught to externalize blame/And to feel ashamed/And to judge things as plain right or wrong/But I quite like the songs” — and stay for a tender rumination on another reason for the season: family. It sneaks up on you, this one; one minute you’re laughing, the next you’re full-on sobbing. (Also, regarding the title: Christmas is a summer holiday Down Under.)

River is a balm to all the other Christmas “songs of joy and peace.” It’s a beautiful melancholy classic about loneliness during the holidays released in 1971 on Mitchell’s fourth album, Blue. The Red River skating trail can’t freeze fast enough.

I can’t help but sing the praises of the married stars of Hamilton and Waitress on Broadway, who deliver salvation as they rock this Hanukkah song.

Fairytale of New York
The Pogues and Kirsty MacColl

Celtic punk band The Pogues and singer-songwriter Kirsty MacColl teamed up for this beauty of a tune — a U.K. Christmas anthem — which starts off rather tenderly but soon descends into a slanging match as their romance slowly sours. It’s a drunk’s hymn of broken dreams, which may not sound especially Christmassy but somehow, frontman Shane MacGowan’s raspy tones duelling with MacColl’s melodious voice makes the whole thing work. It isn’t Christmas for me until I hear this.

Anything the late David Berman touched turned to gold, frankincense and myrrh, and the ever-wise lyricist of Silver Jews fame delivered a hauntingly beautiful parting gift with this track from his 2019 album, released as Purple Mountains. “Snow is falling in Manhattan, in a slow diagonal fashion,” sings Berman, who died the same year. It’s a simple image, but that’s all Berman needs to create something memorable. The chorus — “Snow-oh-whoa, oh-whoa, oh whoa” — lands gently.

Mike! Your House Is on Fire!
Quinzy

Winnipeg indie rock outfit Quinzy has no shortage of quality original holiday songs — the band did, after all, host Quinzmas, the much-loved annual holiday variety show immortalized on the band’s EP, Feast! But there’s something special about this one, with its chugging guitars, shout-along na-na-nas, and the idea that a dryer-fire started by a polyester Santa suit could be the start of a new beginning.

This alternative version of the now 85-year-old song may not be considered the best, but Thom Yorke and gang give it the full bells and whistles as only they can. An antidote to all the cheerful chirping of most Christmastime tunes, it’s festive without being cloying. Yorke’s drawl becomes more pronounced, if possible, as the song continues. A salve to the overburdened ear and a masterclass in minimalism, it mellows out with echoey bleeps and bloops and a final flourish of sweet jingling bells.

Barbra Streisand takes this holiday classic and turns it into a high-octane, slightly campy but decidedly delicious Christmas show tune. Clocking in at just under two minutes, Babs’ version (from 1967) has the one-horse open sleigh dashing through the snow at absolutely breakneck speed before she pulls back on the reins, playfully questions whether “upsot” is a word (hence the title’s question mark, perhaps). She crushes the landing with a big, jazz-hands Broadway banger of a finish.

The first line is “bah humbug,” but we dare you to be in a bad mood after listening to this track by Akron, Ohio’s finest new wave band, the Waitresses. It’s told from the perspective of a single woman who has been run ragged from chasing a guy all year and just wants to have a quiet holiday to herself — it’s basically an entire holiday rom-com in the space of one song — and features a bassline that absolutely slaps. The Spice Girls also do a decent cover of Christmas Wrapping, but nothing bests the 1981 original.

Last Christmas he gave you his heart and the very next day you gave it away? Rude. But also, thanks? Without the romantic slight we wouldn’t have arguably the best holiday song on record. If George Michael brooding over synths and sleigh bells doesn’t capture the spirit of the season, the music video — an ’80s ski chalet dream — surely will. 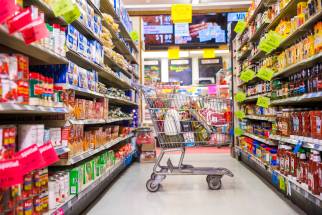 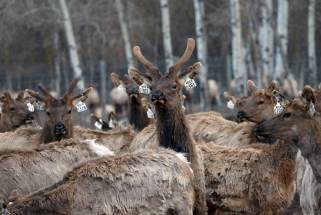 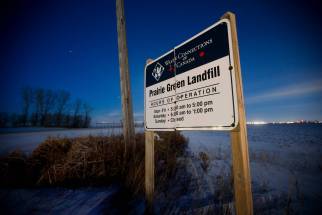 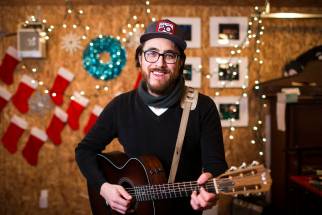 Cue up the VHS; secret cinema Santa all set to unwrap the ‘crap’ 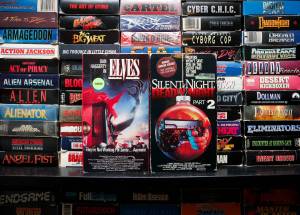 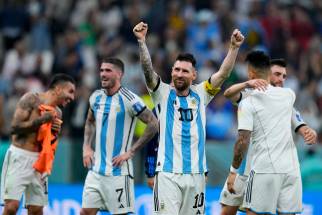 Library must be made safe for users, staff 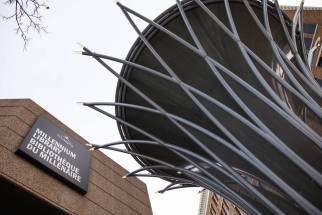 Chained to the algorithm Festive flop sure to ‘sleigh’