Have we reached a turning point?

The walk and vigil honouring the lives of Tina Fontaine and Faron Hall has been called one of the most remarkable and massive in Winnipeg's history, and a turning point.

The walk and vigil honouring the lives of Tina Fontaine and Faron Hall has been called one of the most remarkable and massive in Winnipeg’s history, and a turning point.

It was all of those things. And more.

I’ve told stories about it for the past day.

Of the remarkable group of people who came together in three hours to organize it with no fear — just absolute commitment to our community.

Of the eagle at the Alexander Docks that kept watch all day over the Tina Fontaine memorial site — and left as soon as we got there.

Of the heroic Faron Hall, his love for his murdered mother, and how her loss became unbearable.

Of Winnipeg police, crying as they escorted us through the streets.

Of looking up at the Oodena circle at The Forks when Grand Chief Derek Nepinak spoke and not being able to see faces, just a blur of stars and candles.

Of thinking about my eight-year old daughter and the men and women who I called sister and brother at the end of the night.

That night, Winnipeggers found stories in the form of answers. Answers to the pain, suffering, and abuse Tina and Faron endured and that we all inherit as members of this community. Solutions to the devastation poverty and division has wrought upon us. We crossed boundaries from the north to the south end in this city and found each other.

As we celebrated the lives of two remarkable people, we found a path to the future. We found life in the death that surrounded us.

The answer was more than love, unity and commitment to one another — although that was definitely there.

The answer was in standing up, speaking about the violence that forms the basis for Canada, and believing there can be another way. Refusing to be silent. Acting like mature, responsible citizens.

It wasn’t any one policy or person who killed Tina Fontaine or Faron Hall.

It was a broken, dysfunctional, and unbalanced relationship between citizens, and in particular indigenous and non-indigenous citizens. A relationship that created the Indian Act, residential schools, and elitist, racist beliefs that became everyday practice.

Treaties offer paths of equality but they only cover some of us. They are unilaterally unfulfilled, and always under duress as Canada continues to try to control indigenous lives again and again.

We’ve never been family in this country.

This broken relationship created the poverty Faron lived with and the lost opportunities he talked so often about. It resulted in the additions of Tina and of Faron’s mother to the nearly 1,200 murdered and missing indigenous women in this country since 1980.

It is not just a policy or a person responsible for the deaths of Tina and Faron — it is everyone who continues to let this broken relationship continue.

On Tuesday, we proved we could be more than that.

After 2,000 citizens walked through the streets of Winnipeg, we arrived at the newly installed Monument for Murdered and Missing Aboriginal Women at The Forks.

Then, something remarkable happened.

Thousands of gifts were offered — mostly tobacco, medicines, flowers. Winnipeggers from all walks of life laid down what they carried.

This continued throughout the night. The most inspiring gift was when host Wab Kinew acknowledged the large amount of non-indigenous Canadians in the crowd, resulting in huge applause.

Family welcomes family when they come for a visit.

They show them love, respect, and welcome them.

But the offerings were not over. Then, it was time for the real business of talking about what it means to be a family.

Calls for leadership took place. Demands for a national inquiry were offered — so that a full picture of this broken relationship can be understood by all Canadians. A severely flawed Child and Family Services system was abhorred — right in the presence of the provincial minister who oversees it.

Truthful, responsible, and honest discussion happened. No one left. Everyone stayed. People listened. We sang. We cried.

We stood in honour of the families who offered the most of all.

In my experience, most Winnipeggers I speak to are scared of discussing what it means to be a Canadian. Two-thousand citizens Tuesday were not scared whatsoever. At the end, after we shared a journey song, which means in English “we will see you again,” people returned to their same busy lives.

Until we will see one another again.

Let’s pray it doesn’t take death to do it.

We’re forever changed now due to the offerings of Tina Fontaine and Faron Hall.

Now let’s bravely talk about what it means to be family.

Niigaan Sinclair was an organizer in Tuesday’s Walk and Vigil. He is an assistant professor at the University of Manitoba. 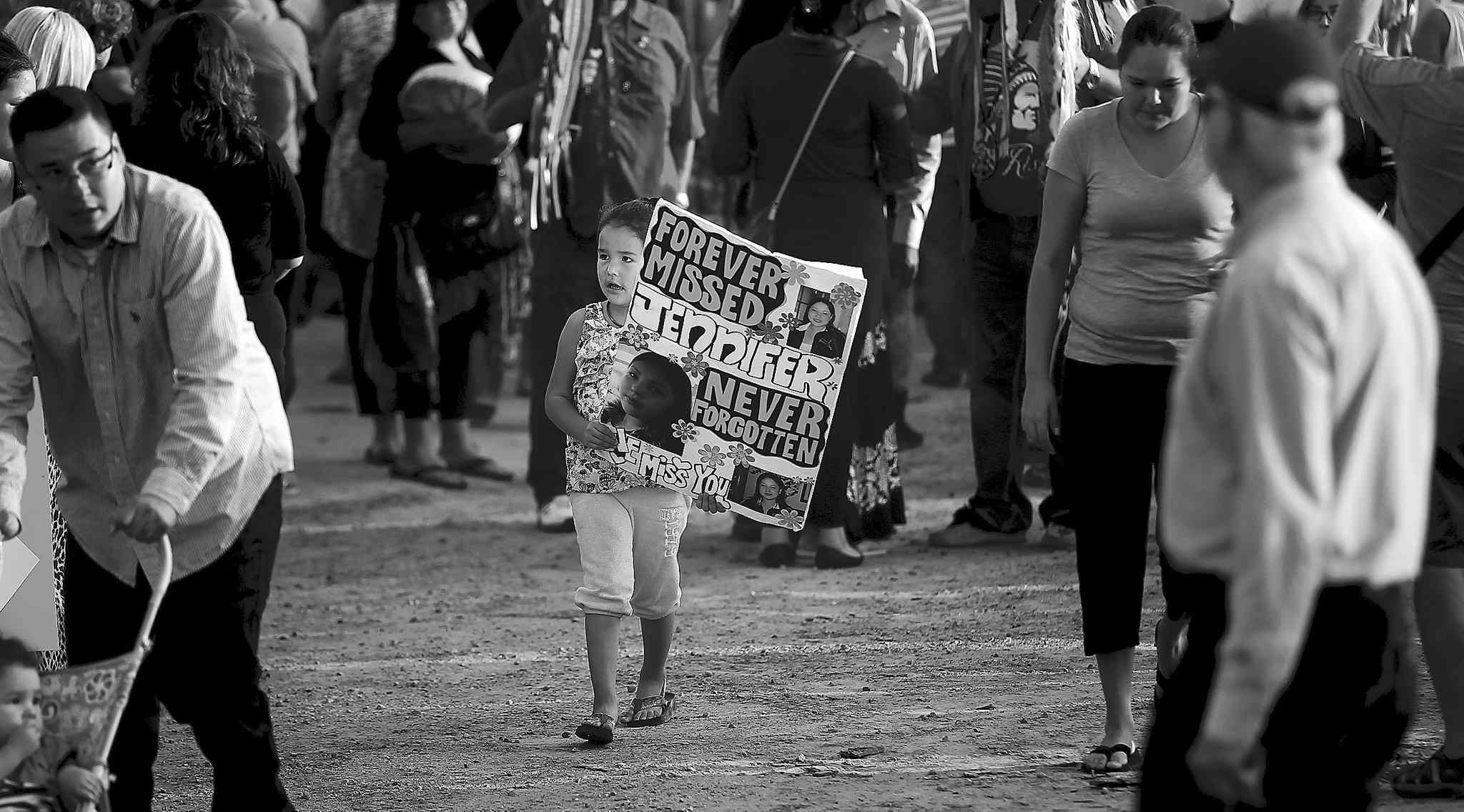