Kroppy on pace to return

Saluting veteran on the mend, hopes to be at Jets game soon

The 97-year-old Second World War veteran who punctuates the national anthem with a salute is on the mend.

The 97-year-old Second World War veteran who punctuates the national anthem with a salute is on the mend.

Arguably the biggest fan of the Winnipeg Jets, Len Kropioski is almost always shown on the scoreboard standing at attention and saluting his country at the end of O Canada.

Family spokeswoman Kim Innard confirmed “Kroppy” has been in a Kenora hospital since early February with a couple of health-related issues but he’s on pace for a virtual full recovery. He hopes to make it back to the MTS Centre for the Jets game against the Ottawa Senators March 30.

“He’s stable but he’s working very hard. His intention is to be at the Jets game on March 30. He has signed up (for his season tickets) for the next five years,” she said.

“He won’t watch a hockey game unless it’s a Jets game. He’s that Jets loyal. He’s in great spirits and he’s getting stronger.”

Kropioski, who will turn 98 this summer, served with the Winnipeg Grenadiers in the Aleutian Islands off the coast of Alaska in 1943. He and his fellow Canadian soldiers, along with their American counterparts, were sent there after the Japanese fled.

Innard said rumours that Kropioski, who grew up in Winnipeg but has lived in Kenora for many years, had taken a turn for the worst and would never attend another Jets game are untrue.

The one good thing to come out of all the speculation is Kropioski has been inundated with goodwill messages from Kenora residents and Jets fans.

“I read them to him and it really perks him up,” she said.

Kropioski may have only drawn the widespread attention of hockey fans since the return of the NHL to Winnipeg in 2011 but he has a long history of cheering on teams in his home town. Not only was he a season-ticket holder with the old Manitoba Moose but he was a regular at Winnipeg Jets 1.0 games at the old Winnipeg Arena. And why not? Back in the early 1970s, when professional hockey was new in Winnipeg, Kropioski knew the team’s owner, Ben Hatskin — they went to St. John’s Technical High School together — and the team’s assistant coach, Nick Mickoski. 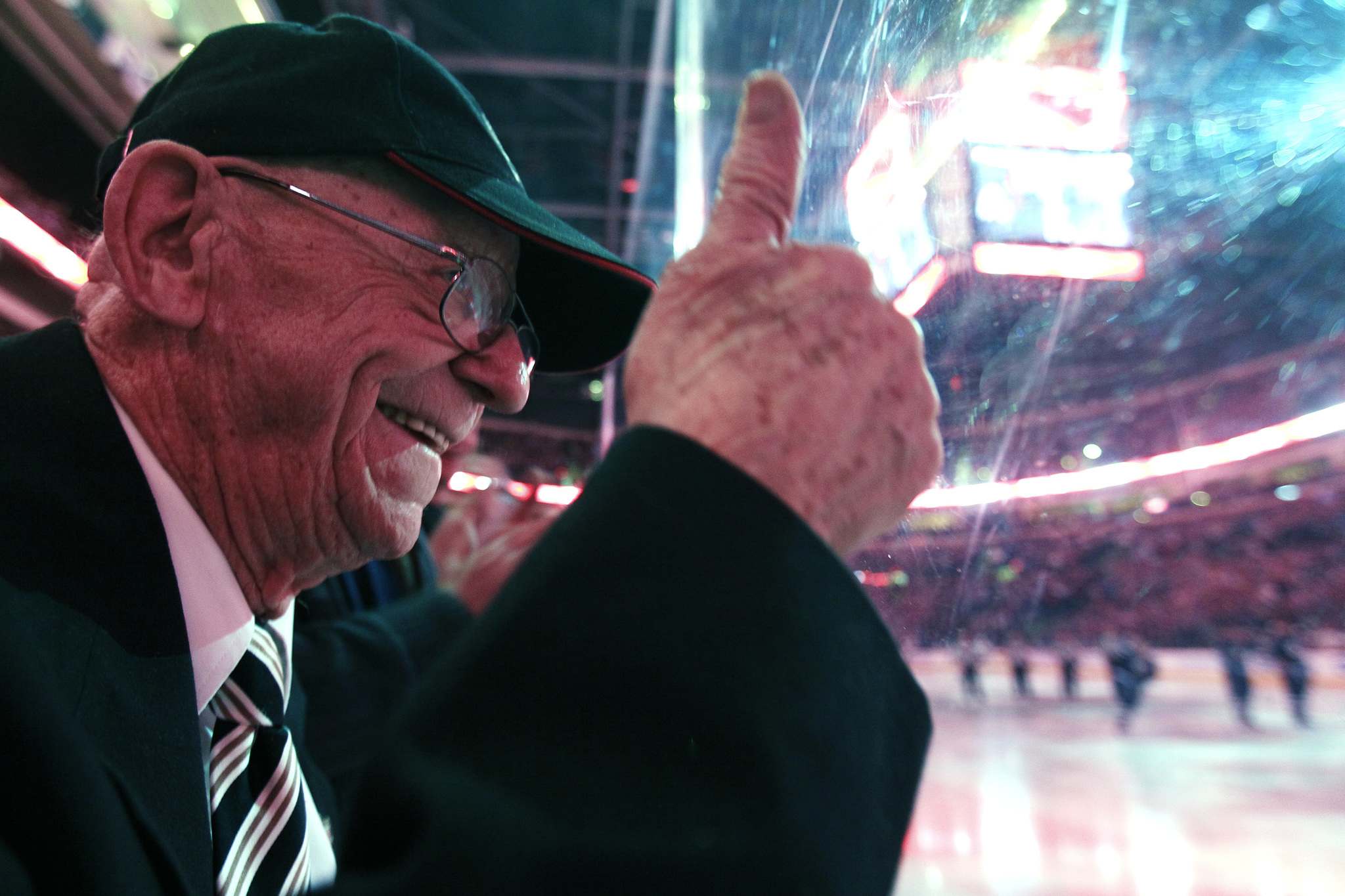