MANITOU -- Two former homes of Nellie McClung, a pioneering champion for women's rights in Canada, have become a pilgrimage for many people.

MANITOU — Two former homes of Nellie McClung, a pioneering champion for women’s rights in Canada, have become a pilgrimage for many people.

It’s part educational, part paying homage, and part walking in the famous suffragist’s footsteps. It’s stepping into her writing room, sitting at her writing desk, where she composed her novels and political speeches, and looking out her window.

The houses were moved to Manitou and restored last year, and opened to tourists in the fall, drawing traffic from Victoria, Edmonton, Calgary, Saskatchewan, Toronto, Quebec, Arizona and even Hawaii, so far this year. Groups as large as 60 travelling by bus have made the trip, organizers say.

On Monday, a group of 35 from the Federated Women’s Institutes of Canada made the hour-and-a-half-long trek from Winnipeg.

“Word is spreading,” said Bette Mueller, one of the tour guides Monday, who was instrumental in the return and restoration of the homes.

Al Thorleifson, another tour guide and a major player in the return of the houses, said the community of roughly 800 has never been so busy for tourists in the first couple months of summer.

They couldn’t produce exact numbers, but it’s easily double last year, when there was only the local museum as an attraction, said a summer student employee, who also worked the site last year.

There have been setbacks, however. Hail damaged the mansard roof of the home Nellie McClung and husband Wes lived in from 1899 to 1911.

A hailstorm last month damaged 80 per cent of the cars in Manitou and nearly as many homes. A blue tarp has been fastened with staves to the flat top of the mansard roof for the time being.

The Women’s Institutes group was still impressed (its triennial convention was held over the weekend in Winnipeg).

The McClung museum “inspires people to keep working, because there are lots of things to improve yet,” said Judy Button of Gander, N.L. “It gives you incentive. Imagine what we can do if we try hard enough.”

Holly Hersey of Upper Gagetown, N.B., said women like McClung had to move outside their comfort zones. “These ladies were pushy people for their time, and fought for the lives we enjoy today. We’re following in giant footsteps.”

The museum boasts a little corner for McClung souvenirs (fittingly, it’s almost all stationery related). There are Nellie notepads, postcards, stickers, pens, pencils, bookmarks, and mugs, many with a sepia print of her at her writing table. There are also some antiquarian editions of some of her works of fiction.

Christine Raeburn from the Ottawa Valley pointed out Ontario could also make some claim to McClung.

Her family, the Mooneys, of Irish descent, had emigrated from Ontario. There wasn’t enough land in Ontario for farmers to expand for their sons. so many moved west to Manitoba in the latter 1800s.

While there’s still a paucity of museums to honour historical female figures, some champions of women’s rights have been honoured in Ontario, Raeburn said.

The Women’s Institute was founded in Stoney Creek, Ont., in 1897 by Adelaide Hoodless. Hoodless lost a child poisoned by impure milk. She argued women isolated on farms needed to be educated in the “domestic sciences,” as they were called at one time.

A former home belonging to Hoodless is now a museum.

As well, the home of Christina Smith is also a museum. She was the first local chapter president of the WI, also in the Stoney Creek area.

“I think it’s important that children know how things used to be, and that there were women willing to take that leadership role,” said Raeburn.

McClung was a local WI president when she moved to Edmonton, where she helped Alberta women win the right to vote (in April 1916), as she had in Manitoba. The WI recently campaigned unsuccessfully to put McClung’s visage on Canada’s $10 bill.

The WI is very rural-based. There are about 400 members in the Women’s Institute of Manitoba, but only 10 from Winnipeg. The WI roots are as an organization for women feeling cut off because they lived on farms.

Manitoba legislation even states the WI is for rural women only — although executive members are trying to change that, said Joan Clement, a tour organizer for Monday’s visit to the McClung houses. 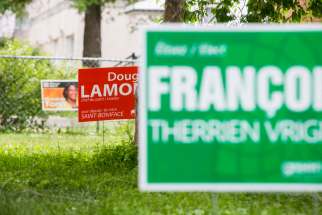 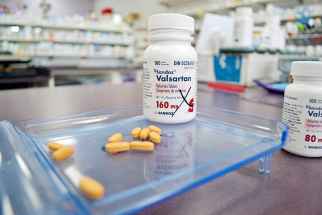 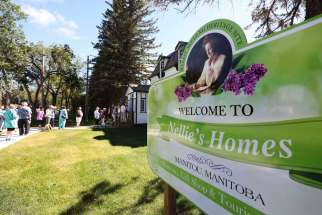 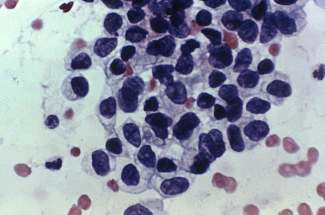 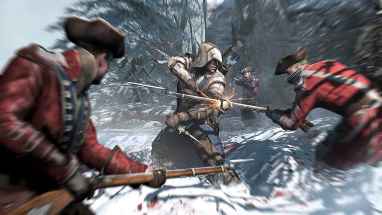 O’Shea can you see, you’re to blame for Blue plight… 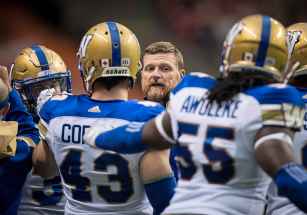 How to buy Canadian at the grocery store 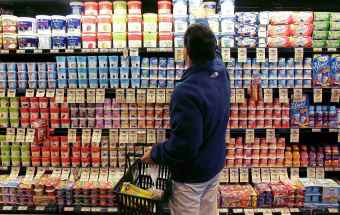 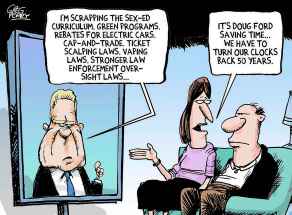