There have been plenty of scouting reports on Pierre-Luc Dubois in recent days, ever since the young centreman was traded to the Winnipeg Jets as part of a deal with the Columbus Blue Jackets Saturday that sent superstar winger Patrik Laine the other way.

There have been plenty of scouting reports on Pierre-Luc Dubois in recent days, ever since the young centreman was traded to the Winnipeg Jets as part of a deal with the Columbus Blue Jackets Saturday that sent superstar winger Patrik Laine the other way.

It’s been a mix of good and bad. To many, the 22-year-old Dubois is a rising star, has strong analytics to back up his 200-foot game and his addition makes Winnipeg one of the NHL’s strongest teams down the middle. Critics, which there are much fewer, see a quitter, someone who visibly gave up on his teammates during his last game with the Blue Jackets, in what is now being dubbed as The Shift.

And while he doesn’t come without his own bias, Dubois’ father, Eric, an assistant coach with the Manitoba Moose, hoped to set the record straight in a 15-minute chat with reporters Monday afternoon. Speaking softly, Eric explained that his son could be a passionate player, but some of the negative things being said about his attitude as a teammate and drive as a player simply aren’t true.

“He’s very easygoing. He’s got a great sense of humour. He’s easy to get along with. That’s what’s funny because people see how intense on the ice he is, especially when he was young. He was a bad loser, so people were amazed how intense… he’d get in trouble in minor hockey for getting two or three minor penalties during a game and then off the ice he’s very quiet, very jovial and things like that,” Dubois, who has been with the Moose since the 2016-17 season and lives full-time in Winnipeg, said. “So people go ‘wait a minute, he’s a totally different person.’ He likes to laugh and be around friends. He’s got a very nice group of friends back home in Montreal and they’re all great kids. That’s pretty much how he is. He’s very low key but very friendly to be around.”

As for The Shift — Dubois could be seen playing lackadaisical in his final shift with the Blue Jackets, to the point head coach John Tortorella benched him for the final two periods — Eric suggested fans take that with a grain of salt. One shift, he said, doesn’t tell the whole story.

“He probably played 250 games already in the NHL and I don’t know how many shifts, maybe 6,000. If you watched the game, he had two good shifts early on, where he created two good scoring chances. I’d rather remember what he could do and what he did early on than his last shift,” he said. “I think that’s how you have to remember. We don’t know everything; we don’t know all that transpired on the bench that night. Even me, we haven’t talked about it. One good thing about it is he’s coming here, he’s happy to play here, he had a great conversation with Paul (Jets head coach Paul Maurice) and he’s excited. It’s a new chapter for him. Whatever happened in the past, you’ll see early on with him he forgets pretty quick. I like to do the same thing.”

While Eric, who had a 12-year pro playing career, including one season with the Moose, is used to being part of a busy household, this past weekend took things to a new level. He said while his son’s future remained in the air, he was in constant contact with Pierre-Luc, fielding multiple phone calls per day, at all hours.

“He called me pretty much every hour to talk about where he might end up and if I had heard anything in Winnipeg. He woke me up twice at night and the third time he called me I just muted the sound cause I had to sleep,” Eric said. “It was kind of crazy to anticipate where he could be traded to. It was especially exciting for us to see that the Jets were involved in that race. At the same time, we were kind of nervous about how that transpired, with him coming to an organization that I work for. There were some different feelings Friday and Saturday. At the end of the day, Saturday, when everything was done, we got excited.”

“He’s very easygoing. He’s got a great sense of humour. He’s easy to get along with. That’s what’s funny because people see how intense on the ice he is, especially when he was young.” – Eric Dubois

Eric recalled the last time his son lived at home would have been sometime when he was 14 or 15 years old, before heading off to play in the Quebec Major Junior Hockey League. He’ll be back staying with his parents until his quarantine is over.

Pierre-Luc also spent a chunk of the off-season in Winnipeg, where after isolating he got a chance to see the city. He even bought a bike so he could better travel and see what Winnipeg had to offer.

As for being in the same organization, Eric doesn’t see it being a problem. Boundaries have long been in place, he said, at least when it comes to coaching — he’s a dad first and foremost.

But he did admit that when Pierre-Luc was younger, he liked to tag along by his dad’s side, eager to learn more about the game.

“Early on, a lot of times I’d do video and he’d sit down with me and we’d watch video together and he’d ask questions, where, why, why am I getting that clip for tomorrow for practice or video meeting. He’d have a lot of questions about those things. So I think he picked up early on about having a good stick on the ice, at reading plays, at positioning yourself in the right place on the ice, whether it was in the offensive zone or defensive zone,” he said.

“The school where he was going when he was very young was about 400 metres from our arena. So instead of going out for lunch, he’d prefer to come to the arena and have lunch with me. So we’d eat lunch, watch video and then as soon as his lunch was over, he’d go on the ice. He was a passionate guy about the sport.” 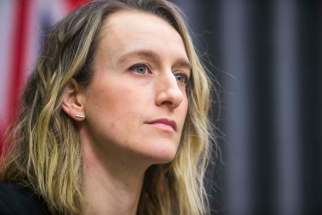 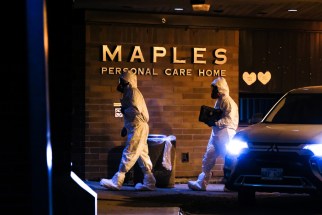 72 per cent of Manitobans want to be vaccinated at first opportunity: poll 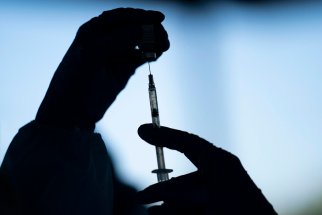 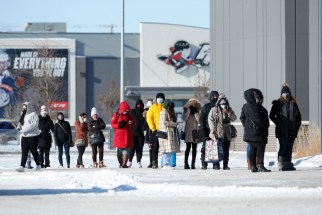 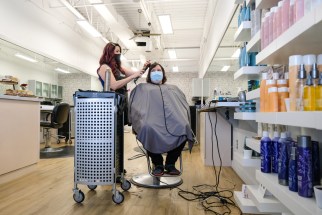 Experts weigh in on retail frenzy in Winnipeg amid pandemic 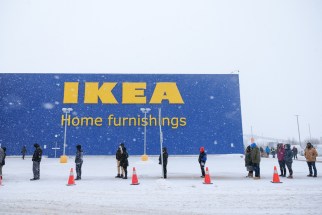 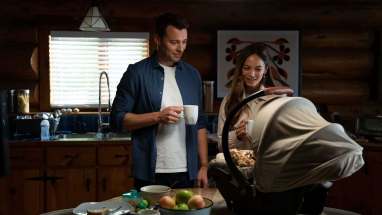 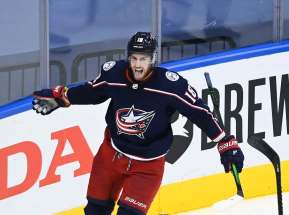 Winds of change are blowing toward Putin 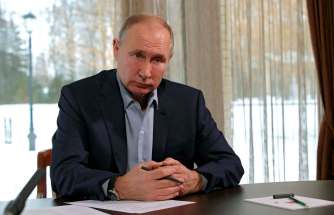 A Burden lifted Winds of change are blowing toward Putin