An overhaul of K-12 public education is being touted by the province as a way to give parents more power in decision-making.

An overhaul of K-12 public education is being touted by the province as a way to give parents more power in decision-making.

However, caregivers in the Manitoba capital question how their voices will be heard if a single entity represents Winnipeg — home to more than half of the province’s students.

The province’s proposal is to shift these students into one of 15 regional entities that will report to a centralized education authority made up of government appointees.

The Winnipeg region will be upwards of eight times larger than the second-biggest region, which will swallow Frontier, Kelsey, Flin Flon and Mystery Lake in the North.

It will be 41 times the size of the smallest region, a combination of Evergreen and Lakeshore in the Interlake.

— Each division is led by a superintendent and senior administration team, as well as an elected board made up of five to nine trustees;

— Winnipeg School Division is the largest in the province, with approximately 33,000 students;

— Each division is led by a superintendent and senior administration team, as well as an elected board made up of five to nine trustees;

— Winnipeg School Division is the largest in the province, with approximately 33,000 students;

— Whiteshell School Division has the smallest student population, of about 210;

— There are six English-language boards in Winnipeg;

— Parents can reach out to school staff, local trustees, superintendent teams and parent advisory councils about concerns. and voice concerns at public school board meetings.

— A provincial education authority made up of six to 11 government appointees will oversee 15 regional entities. The DSFM will remain intact to respect minority language rights;

— The authority will determine schools in each regional catchment area and official programs and courses studied at each school;

— The regional entities — one of which encompasses all six existing English school boards in Winnipeg — will be run by directors of education, who will have similar roles to current superintendents and engage with new community councils set-up in every school;

— A single Winnipeg region will encompass more than 100,000 public school students, while 14 other regions outside the Manitoba capital will range in population size, from approximately 12,000 to around 2,500 students;

— Every school will have a new volunteer-run, parent school community council. Executives on these councils will elect a member from each region to sit on the province’s advisory council on education. The francophone board will also elect one of its trustees to this advisory council;

— The centralized education authority will include a minimum of two current public school parents, who are members of the advisory council, on its appointee roster;

— The advisory council of elected parents will provide advice to the education minister about concerns;

— Parents can voice concerns to the director of their region and school principals.

“Who divided the lines? Who said that it was OK for one person to be in control of 100,000 kids? Our voices won’t be any louder,” said Crystal Webster, chairwoman of the École South Pointe School parent advisory council in Pembina Trails.

Webster, a mother of four school-aged boys, is in favour of reform and redirecting administrative expenses to classrooms, but isn’t convinced the changes will give families more influence in education.

She questions why rural divisions, including Brandon, Hanover and Seine River, will remain intact as regional entities with much smaller populations.

A slew of sweeping reforms announced this week will replace the province’s 37 English-language public school divisions and give a board composed of under a dozen government appointees ultimate authority on all things public education.

Protected by minority language rights, the francophone division will have the only democratically elected board of trustees in the province intact.

“Geographically speaking, Winnipeg is certainly a lot smaller than pretty well every other region will be. That’s just the way it’s worked out. We think it’s certainly manageable from an operation perspective,” said Education Minister Cliff Cullen, during a media scrum Tuesday.

Cullen has said the new system will shift funds from administration expenses to classrooms, focus on student outcomes with more standardized tests, and put parents “front and centre” with new school community councils.

The Education Modernization Act (Bill 64) was introduced in November, but not unveiled until Monday, as the province also released its long-awaited kindergarten to Grade 12 education review.

The proposed bill excludes one significant recommendation of the Progressive Conservative government-commissioned review, by getting rid of elected school trustees altogether and replacing them with government appointees.

"The recommendation wasn't to keep all elected trustees — it was to have some appointed and some elected," Pallister said at a Tuesday news conference. "Upon review, we made the decision, given that we were taking 80 per cent of the responsibilities of trustees away."

In place of existing parent collectives, these councils will weigh-in on hiring decisions, student achievement, transportation and capital projects — items paid, elected trustees currently oversee. While these councils will rely on volunteers, they will receive some funding and guidance from a “parental engagement officer” at each school.

Council executives will elect a member from their region to sit on an advisory council on education, which will advise the education minister. Only the centralized authority board, which will include at least two parent executives, can make final decisions.

These are “big wins” for parents who have long requested more say in things such as curriculum development and a heads-up about “sensitive content” being taught in schools, said Brenda Brazeau, executive director of the Manitoba Association of Parent Councils.

Brazeau added: “We’re just surprised at how much they are actually giving the parents, which is great, but until we find everything out on how it’s going to roll out, it’s still kind of hard to swallow.”

The term “parent” — which refers to all guardians, caregivers and other family members — is mentioned 74 times in the BEST strategy; in comparison, “teacher” is mentioned 60 times.

“Parents should be involved and aware of what’s going on in schools; however, I think that the professional judgment of educators should be centred in any decision about education,” said Shannon Moore, an assistant professor of curriculum, teaching and learning at the University of Manitoba.

Moore links the playing down of teachers’ expertise — a degree in their subject area, a second degree in pedagogy, and their experience in the classroom — to the profession being made up primarily of women.

Hogg added she’s worried Winnipeg students from diverse neighbourhoods will get lost in a regional entity of 100,000-plus pupils, at a time when students are struggling amid COVID-19 pandemic disruptions.

Parents can bring forward concerns to school staff, elected trustees, superintendent teams and parent councils, at present. The latter three will be replaced with a regional director and volunteer parents under the new system.

Jennifer Chen, a parent and school trustee in the Winnipeg School Division, called the proposal “a very colonial approach” that will further marginalize newcomer and low-income parents.

Chen said mistrust in authority, as well as language and cultural barriers, will dissuade parents from engaging.

Union ready for fight to keep principals under its wing 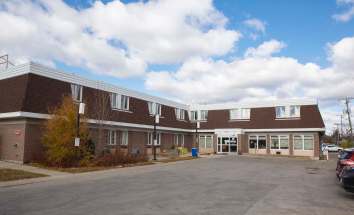 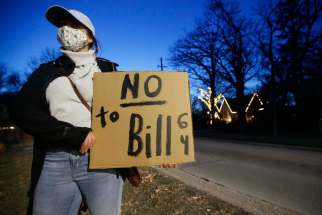 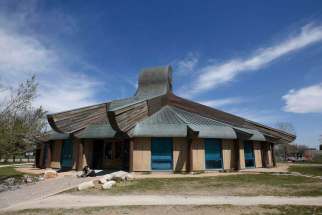 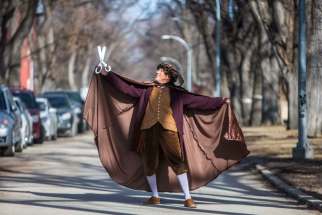 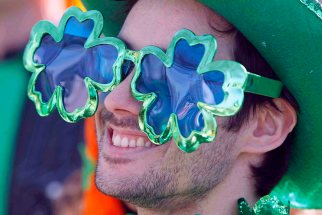 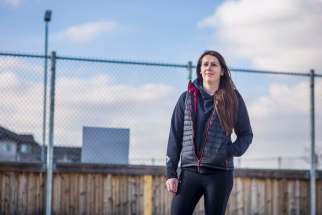 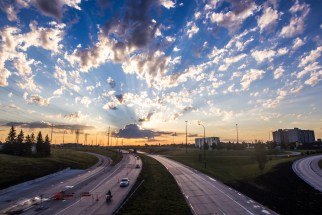 Winnipeg care home resident screened for U.K. variant after staffer tests positive A victory for dignity at Higgins and Main