The debris from at least one former homeless encampment along the Red River in St. Vital will be removed later this week by the city, after multiple complaints.

The debris from at least one former homeless encampment along the Red River in St. Vital will be removed later this week by the city, after multiple complaints.

Former City of Winnipeg employee Diane Poulin says she spotted the debris along the riverbank, beside St. Mary’s Road between Essex and Ellesmere avenues, and called 311 about it several times starting in January. Her efforts included an email to Mayor Brian Bowman with attached photographs of the mess.

“There is a ton of garbage from abandoned homeless camps along our riverbanks waiting to get swept into our rivers with spring rising water,” Poulin said in an email to Bowman, which was copied to the Free Press.

“Similar mounds of garbage exist in St. Boniface and Point Douglas and include needles. I have asked 311 repeatedly how this will get cleaned up before the rivers melt, with no response.”

Julie Dooley, a spokeswoman for the civic public works department, said the St. Vital site has been scheduled to be cleaned up by the end of the week.

“Specific to encampment-related debris, our first step is ensuring the debris is in fact abandoned,” said Dooley.

“If there is an active encampment at a location, we first attempt to link the residents with appropriate supports via an established process and relationship with outreach organizations. Once the area is determined to be uninhabited, we will schedule a cleanup if it is warranted and safe for our crews to do.

“At this time of year, riverbank cleanups are particularly precarious as it is often impossible for our crews to safely navigate equipment into and along the riverbank amid melting conditions.”

Dooley said a third-party contractor has been hired to clean the riverbank by hand.

She added: because the city admits it had left a resident making 311 complaints in the dark, Winnipeg has updated its process and will now send more regular updates to people making similar types of requests. 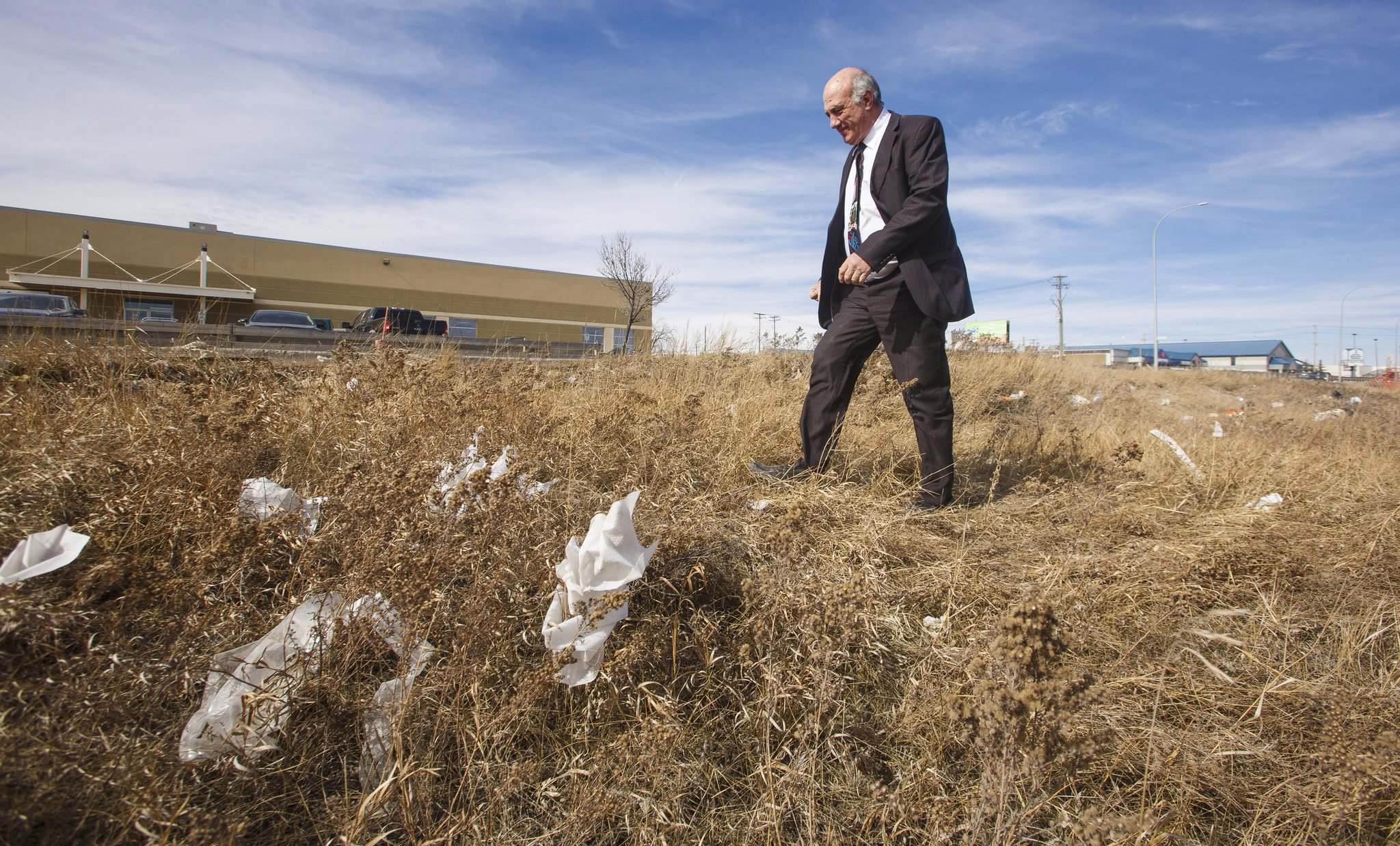