The revelation that a firm representing Manitoba churches hired a private investigator to tail a judge, to see if he complied with COVID-19 public health orders, sent shockwaves across the country Monday.

The revelation that a firm representing Manitoba churches hired a private investigator to tail a judge, to see if he complied with COVID-19 public health orders, sent shockwaves across the country Monday.

“Any effort to intimidate a judge is not acceptable in a free and democratic society such as Canada,” federal Justice Minister David Lametti said.

Four days after he realized he was being followed around Winnipeg, Court of Queen’s Bench Chief Justice Glenn Joyal accepted the apologies of two lawyers for the Justice Centre for Constitutional Freedoms, a right-wing Calgary group, which is fighting Manitoba’s public-health restrictions in court.

The centre’s president, John Carpay, admitted he hired a private investigation firm to follow several government officials to determine if they were following the rules. He admitted it was “an error in judgment” for him to ask a private investigator to follow the very judge who is presiding over the ongoing legal case.

The news was widely condemned, including by the provincial justice minister and legal professionals locally and nationally. It’s unclear which other public officials were being followed by the private investigators, but in a statement Monday, Justice Minister Cameron Friesen said Premier Brian Pallister had similar experiences.

“We are very concerned about what has been revealed by the chief justice. Our government believes that no one should ever be in a position where they feel unsafe doing their job; this includes those who have been called to the bench. Similar situations have been experienced by the premier recently. As these matters are currently under investigation, I am not in a position to comment further,” Friesen stated.

Also on Monday, chief provincial public health officer Dr. Brent Roussin said he had been threatened and police had responded to suspicious activity at his home when his wife and children were there.

Chief provincial public health officer Dr. Brent Roussin says he has received threatening communications — by email and via social media — daily, if not weekly, as he has guided the province’s pandemic response.

However, as the third wave throttled the province, the issue became more serious.

“I've certainly had a number of threats against me and my family that I’ve been in contact with security and the police and have had it followed up,” Roussin said Monday.

Joyal announced his discovery during a hearing on Monday that involved representatives of the seven churches which have launched the constitutional challenge of Manitoba’s public-health orders.

He said he noticed he was being followed by a suspicious vehicle as he left the Law Courts parkade last week and drove around town doing errands. A teenage boy knocked on the door of his home and asked his daughter where he was, Joyal said. Police later confirmed a private investigator was involved and that Joyal was being tracked on July 8. Joyal said he didn’t know how they got his home address or that of his cottage.

He said the incident left him with “grave concerns” about the administration of justice.

“If we are now in an era where a sitting judge, in the middle of a case, can have his or her privacy compromised, as part of an attempt to gather information, intended to embarrass him or her, and perhaps even attempt to influence or shape a legal outcome, then we are indeed in uncharted waters,” Joyal said during the hearing.

Carpay apologized to the judge and said the investigators were only supposed to observe him, not knock on his door.

“I care deeply about the administration of justice, including public perceptions, and I understand that there can be adverse impact on the administration of justice resulting from my decision. I wish to communicate that I have no reservations about your ability to decide this case, and the observation and surveillance of government officials is not intended in any way, shape or form, to influence an outcome in a court case,” Carpay said.

Carpay and Jay Cameron, the centre’s lawyer, both apologized, and Joyal said the court case will proceed as planned. He is expected to issue his ruling on the constitutionality of public health orders at a later date. The seven Manitoba churches have argued the public health orders that have restricted indoor and outdoor gathering sizes since last November violate their charter rights to worship and gather. Carpay claimed his decision to hire the private investigators was separate from the court case, but court heard that Cameron has known about it for a couple of weeks.

Both Carpay and Cameron are licenced to practise law in Alberta. A spokeswoman for the Law Society of Alberta said she couldn’t confirm whether any complaints had been filed against them, but the Law Society of Manitoba said the two agencies are working together as a result of the “extremely concerning” revelations.

Except for their powers of persuasion in open court, lawyers are not allowed to try to influence any court decision, said Manitoba law society CEO Leah Kosokowsky. Their code of conduct prohibits it.

A matter of rights

Manitoba’s COVID-19 public health restrictions are either “reasonable sacrifices” or “overbroad orders” that discriminate against churchgoers.

It’s the issue Court of Queen’s Bench Justice Glenn Joyal must decide as he deliberates the constitutional challenge brought forward by a group of churches. They argue restricting religious services to reduce the spread of the virus infringes on their rights.

They are represented by the Justice Centre for Constitutional Freedoms, whose lawyer Allison Pejovic argued in May that churches were treated differently than grocery stores and liquor stores, which remained open, but with capacity restrictions.

Manitoba’s COVID-19 public health restrictions are either “reasonable sacrifices” or “overbroad orders” that discriminate against churchgoers.

It’s the issue Court of Queen’s Bench Justice Glenn Joyal must decide as he deliberates the constitutional challenge brought forward by a group of churches. They argue restricting religious services to reduce the spread of the virus infringes on their rights.

They are represented by the Justice Centre for Constitutional Freedoms, whose lawyer Allison Pejovic argued in May that churches were treated differently than grocery stores and liquor stores, which remained open, but with capacity restrictions.

The “overbroad orders… are catching everyone when the statistics show there is a subset of the population that is more susceptible to COVID-19, yet they are all subject to the same orders,” Pejovic argued on May 12.

“A line must be drawn before lockdowns become the new way of dealing with outbreaks,” Pejovic said in her closing argument. “It will never stop unless our judiciary puts a stop to it, because there will always be a new virus, a new flu, another strain.”

“The charter protects fundamental rights and freedoms… but it also requires, in times of crisis, that citizens are asked to make reasonable sacrifices,” said lawyer Michael Conner.

He argued restrictions were imposed based on risk level, noting chief provincial public health officer Dr. Brent Roussin said in an affidavit that churches pose risk factors not associated with other venues, such as the spread of droplets from singing.

“There is certainly no distinction based on religious beliefs or religious activities,” Conner said.

He argued the province has gone out of its way to accommodate churches.

“When the circuit-break ended in January and things started to reopen, places of worship were opened first, whereas movie theatres, concert halls, (Royal Manitoba Theatre Centre), all remained closed, even though they are also protected by (the charter ).”

“So to be doing something like having somebody followed — a judge followed — to improperly influence the course of justice is extremely concerning to the law society,” she said.

It’s unclear what disciplinary actions the lawyers may face. There are no similar cases of misconduct to go by, said Gerard Kennedy, an assistant professor of law at the University of Manitoba.

Judges are independent from government, so having them tracked by a private investigator is even more disturbing than monitoring the activities of elected officials, Kennedy said.

“The public should cherish the extent to which judicial independence is normally observed and respected in Canada, and we should be somewhat heartened at just how rare and bizarre a story like this is. Having said that, it’s also important to take it very seriously when it happens.”

No information on Joyal was collected as part of the private investigator’s efforts to track him. When the judge announced he knew he was being followed, Cameron immediately asked for the court hearing to continue behind closed doors, which Joyal pushed back on. Cameron later apologized.

“It’s become widely known that there’s been widespread hypocrisy by public officials who pass laws that citizens are required to comply with but they themselves do not comply with,” Cameron said, explaining why the “observation” was conducted.

— With files from Dylan Robertson and The Canadian Press

“The fact that any party to a proceeding would hire a private investigator to follow a Chief Justice, or indeed any Judge, to attempt to gather information to embarrass or intimidate them in any way is shocking and an affront to the democratic principles we live by as well as to the administration of justice generally.”

“All Manitobans benefit from the proper administration of justice. Chief Justice Glenn Joyal’s comments in court today are disturbing to say the least. He and other members of our local judiciary should know that our community supports them and their important work.”

“I can’t help but wonder if the name-and-shame approach the PC government has taken to the pandemic didn’t help contribute to this sort of activity…. We don’t want to see this sort of influence on our justice system, because our justice system should be able to carry out its deliberations freely and fairly.”

“We condemn this kind of behaviour being directed against a judge and at no time would it have any place in the conduct of a trial. Judicial independence is a crucial legal principle that guarantees judges have the freedom to make their decisions based solely on the facts and the laws. Judicial independence is precisely that which guarantees the rights and freedoms of every person in Canada.”

“Judges are accountable to the public through their reasons for judgment and should not be subjected to actions that could be perceived as intimidation… A full and fair investigation by all relevant authorities is needed to determine whether any laws or professional obligations have been breached, to safeguard the administration of justice and to deter others from engaging in behaviour similar to that reported today.” 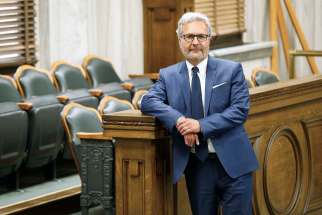 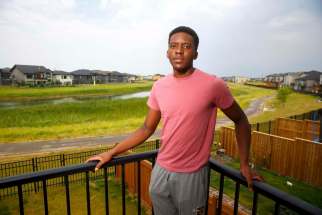 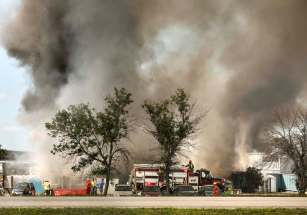 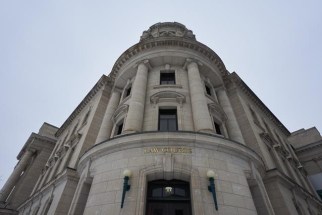 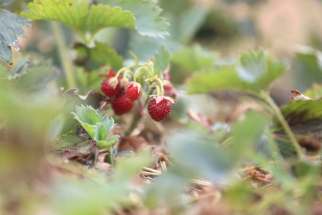 After pandemic’s silence, music and night life back on stage downtown 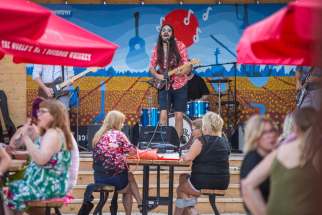 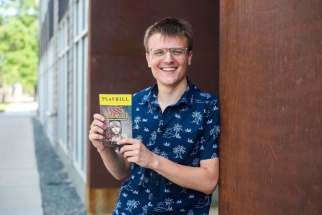 A busy season on the barbecue circuit 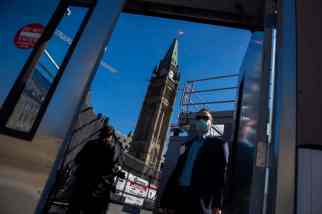