Whether growing up as a high school student in Thompson, advocating for better child care, working as a constituency assistant for federal MP Niki Ashton or representing the area in her first term as an MLA, Danielle Adams was well-known in the North.

Whether growing up as a high school student in Thompson, advocating for better child care, working as a constituency assistant for federal MP Niki Ashton or representing the area in her first term as an MLA, Danielle Adams was well-known in the North.

And that community is now mourning her tragic loss.

Adams, 38, the married mother of two sons aged 13 and six, died when the SUV she was driving south on Highway 6 collided with a northbound semi-trailer Thursday at about 11:20 a.m.

She was pronounced dead at the scene, about 50 kilometres south of Thompson (roughly 550 kilometres north of Winnipeg). The 54-year-old driver of the truck, from the RM of Alexander, was not injured.

RCMP are still investigating, but said road conditions were poor and neither speed nor alcohol appeared to have been factors.

Adams, who was the NDP’s critic for child care, housing, disability and poverty matters and the first woman to represent Thompson in the riding’s five-decade history, was on her way to Winnipeg to attend the Leader’s Levee Friday night.

The event, which was to be the first large-scale gathering of the party since the pandemic began, was cancelled in the wake of Adams’ death.

Like all people who call northern Manitoba home, Adams was a regular motorist on the two-lane highway.

“When you’re MLA for Thompson, driving is a large part of the job,” said Ashton.

“Everyone always emphasizes one thing: be sure to call somebody when you get in. It is mandatory, you have to call. I never questioned the need to not only go to Winnipeg to represent the North, but also to go back home as well. Danielle was like that, too.”

Ashton said he met Adams years ago, when she volunteered for the party, and later, when she worked as his daughter Niki’s constituency assistant in Thompson before running for the legislature seat in 2019.

“I encouraged her to run,” he said. “I 100-per-cent supported her. I can’t help think today of what could have been; she was a hard worker and somebody that was engaged.

“She was a true northerner and one of our own. She will be missed.”

His daughter said Adams was a grade behind her in high school.

“I’ve known her a long time,” the New Democrat MP for Churchill—Keewatinook Aski said. “She even worked on my nomination back in 2005 — we weren’t out of high school long at that time.

“She was part of my staff in Thompson and she did everything… she really believed in sticking up for people and working to make the world a better place.

“To me, the loss is like losing a member of my family.”

Niki Ashton said she was on a Zoom call with Adams and other local NDP supporters the evening before she died.

“She said she was getting on the road the next day and I wished her a safe travel. The next day the family got the call nobody wants to get.”

Adams was a staunch supporter of the region and its residents.

“The PCs must make real investments in health care in the North,” she wrote in her last Facebook post Tuesday.

“There needs to be a real plan to address the nurse shortage. I will continue to fight to stand up and fight for better access to health care.”

Caitlyn McLeod, a supervisor at the Thompson Children’s World daycare where Adams served as a board member when her children were enrolled, said she was a great mother and child-care supporter.

“She was a great advocate for kids,” McLeod said. “She helped them and she sometimes helped here. “She was very friendly. And she also let us know how much she appreciated our help. We appreciated that.”

Thompson Mayor Colleen Smook said Adams “was so energetic that she was able to juggle politics and family life uniquely. “

“She proved to the skeptics that thought she was going to be way in above her head very wrong,” Smook said. “Her positive attitude served her well. She perceived problems as challenges and was always up for the challenge.”

MLA trapped in SUV, slowly dying for hours as witnesses unable to help

Smook said Adams was a good listener and worked for all her constituents, regardless of their politics.

“She wasn’t afraid to tackle any issue pertaining to the North. In two short years she earned the respect of colleagues. I can only imagine her effect on the North if we had her as a seasoned politician. She will be missed.”

Thompson Coun. Les Ellsworth knew Adams well. Their families lived on the same street while she was in high school and, as the former president of the United Steelworkers local, he ran into her frequently when she was on the board of the daycare — then located in the union’s building.

“She was always an advocate,” said Ellsworth. “I’m the kind of guy who would tell you what a person is like, living or deceased. To me, Danielle Adams was somebody who cared. She cared about community and she cared about her family.”

Manitoba Liberal Leader Dougald Lamont sat beside Adams in the back row of the legislature.

“She really cared about what she talked about. There was nothing false in her. It’s just such a shock. Dec. 3 was the last day I saw her. We all stood up and said goodbye to each other.

“You just don’t think this is the last time you will see a person.”

News of Adams’ death made it to the floor of the House of Commons Friday when Manitoba NDP MP Leah Gazan shared a few words during her member’s statement.

“Danielle was a strong advocate for the North and for people, fighting for accessible, affordable child care. She was a kind, loving and respected colleague to many,” said Gazan.

“Danielle, may you fly with the eagles. Rest in peace.”

Former Alberta premier and NDP leader Rachel Notley said on social media: “I am so sorry to learn of the sudden passing of Manitoba NDP MLA Danielle Adams.

“Our hearts are with Wab Kinew and our brothers and sisters in the Manitoba NDP…. A truly heartbreaking loss.” 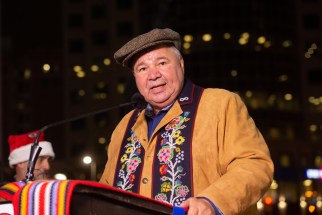 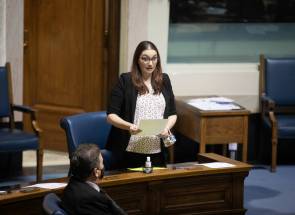 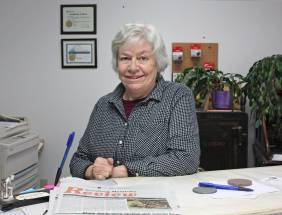 Folks of a feather flock together 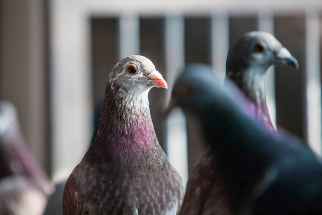 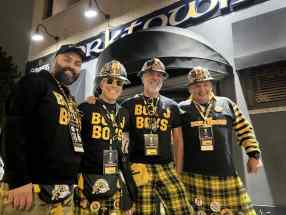 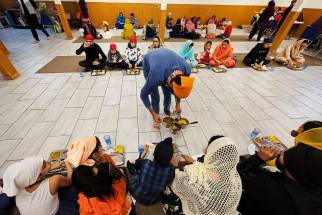 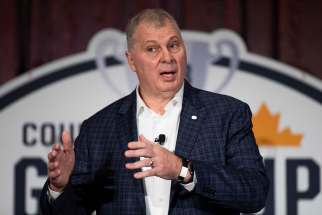 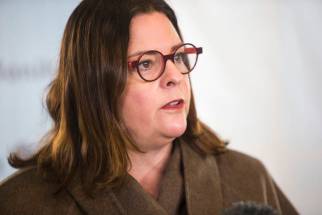