VANCOUVER - Two British Columbia men who were suspects in the deaths of three people and led police on a manhunt across Western Canada shot themselves, the RCMP said Monday.

VANCOUVER – Two British Columbia men who were suspects in the deaths of three people and led police on a manhunt across Western Canada shot themselves, the RCMP said Monday.

Police said it appears Bryer Schmegelsky and Kam McLeod were dead for a number of days before their bodies were found in the northern Manitoba wilderness on Wednesday, but the exact time of their deaths isn’t known. Their autopsies were done by Manitoba’s medical examiner.

Police said in a statement Monday that there were strong indications the young men had been alive for a few days during the extensive search near the town of Gillam. Mounties said on July 25 that there had been confirmed sightings of the men in the area and they believed they were still in the region.

Two firearms were located with the dead men, police said, and a forensic analysis was being done to connect the weapons with the homicides in northern B.C.

A timeline of events in RCMP investigation of three homicides in northern B.C.

VANCOUVER – Police have confirmed the bodies of two young men found in northern Manitoba are the suspects wanted in the deaths of three people in British Columbia. Here’s a timeline of events:

July 17 — The RCMP say the deaths are suspicious.

July 18 — The RCMP announce Australian Lucas Fowler, 23, and his 24-year-old American girlfriend, Chynna Deese, are homicide victims. Meanwhile, in Jade City, B.C., Kam McLeod, 19, and Bryer Schmegelsky, 18, are spotted in a store where they stopped for free coffee. Jade City is about 350 kilometres from where the two bodies were found.

VANCOUVER – Police have confirmed the bodies of two young men found in northern Manitoba are the suspects wanted in the deaths of three people in British Columbia. Here’s a timeline of events:

July 17 — The RCMP say the deaths are suspicious.

July 18 — The RCMP announce Australian Lucas Fowler, 23, and his 24-year-old American girlfriend, Chynna Deese, are homicide victims. Meanwhile, in Jade City, B.C., Kam McLeod, 19, and Bryer Schmegelsky, 18, are spotted in a store where they stopped for free coffee. Jade City is about 350 kilometres from where the two bodies were found.

July 22 — The Mounties say Fowler and Deese were shot. They release composite sketches of a man seen speaking with the couple on the highway where they were found dead and a sketch of the unidentified man found dead near the burned truck. Fowler’s father, an Australian police inspector, pleads for public help in the investigation. At the same time, band constables with Tataskweyak Cree Nation at Split Lake in northern Manitoba talk with McLeod and Schmegelsky at a checkstop, unaware of who they are. The constables see camping gear and maps in their vehicle.

July 23 — The RCMP announce Schmegelsky and McLeod are suspects in the three deaths. They release photos of the men and a 2011 grey Toyota Rav 4 they may have been driving. Fox Lake Cree Nation says a burned-out vehicle is found near Gillam, Man., about 170 kilometres east of Split Lake. Police search that area.

July 24 — The RCMP confirm the burned-out vehicle near Gillam is the Toyota Rav 4 the suspects are believed to have been driving. The third victim is identified as 64-year-old Leonard Dyck of Vancouver. He was a lecturer in the University of British Columbia’s botany department.

July 28 — The RCMP descend on York Landing, an isolated community southwest of Gillam, after it’s reported the suspects were seen at the local dump.

July 29 — The RCMP are unable to confirm the sighting and pull back to Gillam.

Aug. 2 — The RCMP say they found a damaged rowboat on the Nelson River.

Aug. 6 — The RCMP say they have found several items linked to Schmegelsky and McLeod on the shore of the Nelson River in northern Manitoba. The Mounties would not disclose what the items are but say they were found nine kilometres from the vehicle they were driving.

Aug. 12 — The RCMP say autopsy results indicate the men died by what appears to be suicide by gunfire. Police say Schmegelsky and McLeod appeared to have been dead for a number of days before their bodies were found but the exact time of their deaths isn’t known.

McLeod, 19, and Schmegelsky, 18, were charged with the murder of Leonard Dyck, a University of British Columbia botany lecturer, and were also suspects in the deaths of American Chynna Deese and her Australian boyfriend Lucas Fowler.

“Investigators are now assessing all items located in Manitoba, along with the previous findings related to the three northern B.C. homicide investigations, in order to gain more clarity into what happened to Leonard Dyck, Lucas Fowler and Chynna Deese,” the police statement said.

Once its review is completed in the next few weeks, RCMP said they will provide the families with an update then release the information publicly.

The news release said B.C. investigators have engaged the RCMP’s behavioural analysis unit in order to gain more clarity into the suspects and what happened to the three people killed.

The mayor of Port Alberni, home to both fugitives, said in a statement Monday that she hoped the autopsy results and other information released by RCMP would answer some of the questions facing families struck by the tragedy.

“There may never be enough information to adequately answer all of their questions, but our council remains committed to supporting the RCMP as they complete their investigation into what led to this tragic series of events,” Mayor Sharie Minions said.

She shared her sympathies with those affected and reminded residents that there are numerous supports available to residents of the Alberni Valley.

“I encourage anyone struggling at this time to take advantage of the services,” she said.

The BC Prosecution Service said criminal charges don’t move forward once an accused is proven dead.

“We anticipate that the charge will be abated once the (prosecution service) receives official confirmation that the accused is deceased. That will conclude the prosecution,” spokesman Dan McLaughlin said in an email.

The autopsy results put a cap on the manhunt, which began July 23 when police announced Schmegelsky and McLeod were suspects in the three killings.

The young men had initially been considered missing persons when a truck and camper they were driving was found burned a few kilometres from where Dyck’s body was discovered at a highway pullout on July 15.

The bodies of Deese and Fowler were found on the Alaska Highway, 470 kilometres from where Dyck’s body was discovered, on July 19.

The manhunt for McLeod and Schmegelsky led to Gillam, where Dyck’s Toyota Rav 4 was found burned. Officers converged on the area to begin what would be a two-week search.

Police used drones, dogs and even had help from the Canadian Armed Forces to scour the remote area.

The search was scaled back July 31 and a few days later a damaged rowboat was found in the Nelson River. A search of the river turned up little of interest, police said.

On Aug. 6, police said some items linked to Schmegelsky and McLeod were found on the river’s shore. The bodies were discovered the next day, about a kilometre from where police said they found the items.

Police have said it may be difficult to determine a motive for the killings because the suspects are dead.

Bryer Schmegelsky’s father, Alan Schmegelsky, said during the manhunt that his son had a troubled upbringing and that he expected the teen to go out in a “blaze of glory.”

Note to readers: This is a corrected story. A previous version misspelled the surname of Chynna Deese. 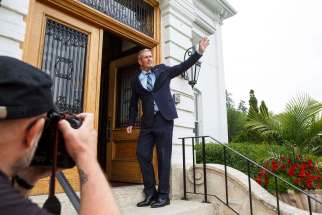 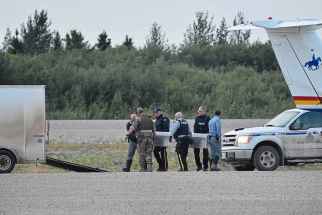 The nitty gritty on Manitoba’s parties 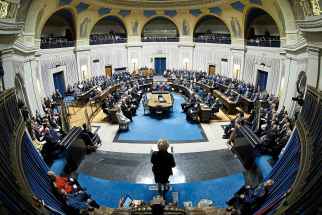 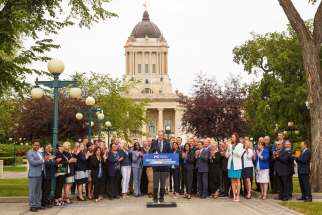 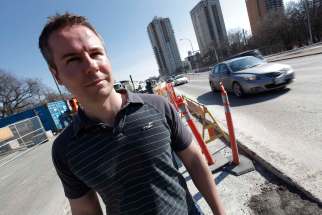 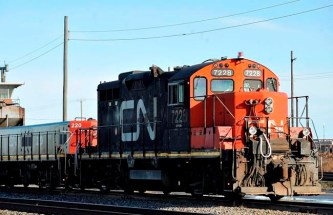 Five ways to keep kids entertained as summer winds down 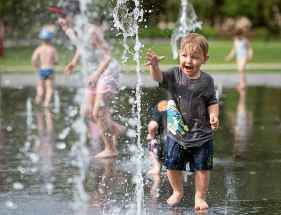 Bombers’ offence set to break out, or break down 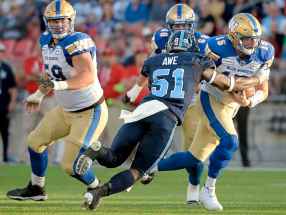 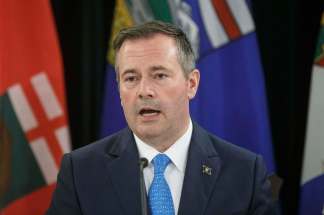 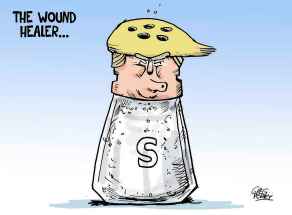 Manitoba election gets underway The nitty gritty on Manitoba’s parties