GILLAM — This remote northern town and nearby Fox Lake Cree Nation are slowly coming back to life after more than two tension-filled weeks in the crosshairs of an intense manhunt for two murder suspects.

GILLAM — This remote northern town and nearby Fox Lake Cree Nation are slowly coming back to life after more than two tension-filled weeks in the crosshairs of an intense manhunt for two murder suspects.

Leaders in the two communities are working to help traumatized residents find their bearings again with counselling, ceremony and sports.

“Just relief… and looking to get past this,” Gillam Mayor Dwayne Forman said Thursday, a day after RCMP discovered remains they believe are those of Kam McLeod and Bryer Schmegelsky, who had been on the run since three slayings in northern British Columbia last month.

“When you need help, there are always people willing to throw in an extra hand and help,” he said previously.

Frightened parents had been keeping a close eye on their kids, many behind locked doors. Children were back outside on bikes and scooters Thursday, though 16-year-old Ashley Lockhart said she never stopped.

Security had been tight at the daycare during the lockdown, but Kettle River Inn and Suites owner Nav Sahota said Thursday, as she picked up three-year-old Titan, that things are returning to normal.

“It’s a big relief,” said Gillam resident Alexandria, who did not provide her last name. “Everybody can enjoy the rest of their summer.”

She and others gathered Wednesday evening and during the day Thursday, going out for the first time in weeks, feeling safe on the streets.

Relief was tinged with sadness at Fox Lake with the death of John Henderson, an elder in the community.

Chief Walter Spence said a healing ceremony planned in the area where the suspects’ stolen, burned-out Toyota RAV4 was discovered two weeks ago is on hold while the community grieves Henderson’s loss.

Counselling from Manitoba Hydro’s employee assistance program as well as from the Northern Regional Health Authority was being made available to residents in both communities free of charge.

Jodie Voth, Manitoba Blue Cross EAP counsellor, said it was important to give people an opportunity to get help right away.

“Following a critical or traumatic event, I think it’s most important for people to know that whatever they’re feeling is ‘normal,’” she said. “What happened was bad, your feelings about it are not.

“For many a quick recovery will be the case, but for some it may take longer to feel like things go back to the way they were. Even then, it is common for people to describe a ‘new normal’ — an experience like that of Fox Lake Cree Nation and Gillam’s residents isn’t forgotten and has a lasting impact on people.”

Voth, who grew up in a small Manitoba town, said community events will help.

“When people feel supported and connected, they recover faster and more fully,” she said. “Communities that find a way to come together after a crisis come out stronger on the other side, and my job is to simply support that process in whatever way makes sense…. The people of Fox Lake Cree Nation and Gillam are incredibly resilient.”

Resident Ashley Arthurson, for one, is ready to move on.

“Everything’s pretty much back to normal,” he said. “I didn’t really change much.”

At the Trapper’s Shack, a gift shop and liquor vendor, shoppers poured in Thursday as regular operations resumed. The store cut its operating hours during the manhunt so employees wouldn’t have to work alone.

Dakota Massan took matters into his own hands last week, painting a mural just outside town to help Gillam get its spirit back.

“Something to get people out of the house,” Massan said of the bright, bold, surrealist work, his first-ever spray-paint art project.

“I wanted to choose such bright, vibrant colours because that’s what I felt that’s what the town needed in this time of anxiety.”

The remains were flown to Winnipeg Wednesday in advance of expected autopsies Thursday.

RCMP did not provide any further information Thursday, but Cpl. Julie Courchaine emailed a statement denying a Globe and Mail report that the force had hired a professional tracker prior to Wednesday’s discovery. And she would not confirm reports crediting a tourist boat operator with finding a sleeping bag on the Nelson River shoreline last Friday. 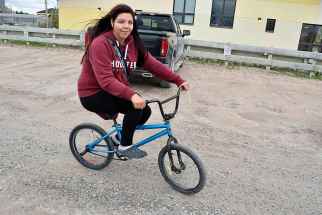 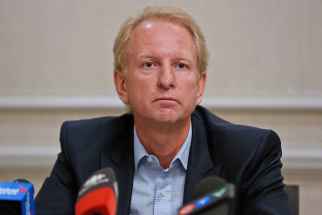 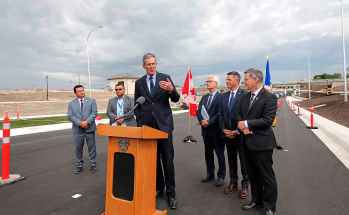 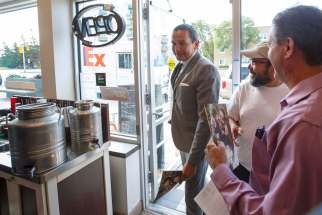 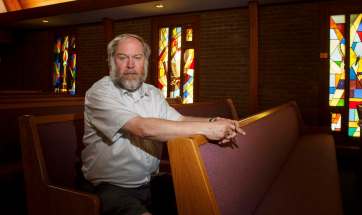 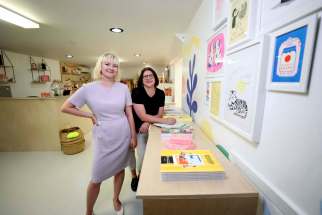 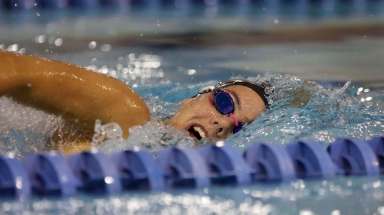 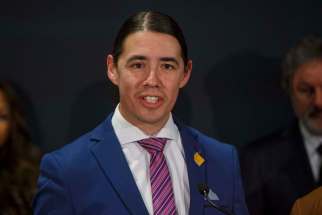 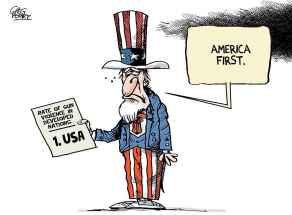