Where being gay is a death sentence

The president of Iran once infamously said there are no homosexuals in his country.

The president of Iran once infamously said there are no homosexuals in his country.

The truth is, anyone outed as gay in the Islamic theocracy might end up dead as a result.

Or as a refugee in Winnipeg, if they’re lucky — like 27-year-old Hamed, who arrived in March.

He was sponsored by a Group of Five connected to the Rainbow Resource Centre in Winnipeg.

“I can’t imagine what would’ve happened to me,” said the young man, who spent 17 months in Turkey waiting to come to Canada after he was outed.

“Being gay in Iran is not acceptable,” said Hamed in carefully chosen English. “If someone wants to hurt me or kill me, there is nobody to protect me.”

Even here in Canada, he’s worried about what could happen to him if homophobic fundamentalists discover his last name and track him down.

He was in a five-year relationship with a man whose family found out and threatened to tell Hamed’s ultra-religious relatives.

“My boyfriend’s family wanted to tell somebody about my gay life,” said Hamed.

He moved to Tehran, but some of his friends told him to go to Turkey. He couldn’t legally work there, but he could wait and apply for refugee status.

“When I came to Turkey, two gays helped me find my way. At that time, I really needed it,” said Hamed, who spoke only Persian at that time.

“I didn’t know anything about Turkey or the United Nations.”

He spent 17 months in Turkey and learned to speak Turkish. Before long, he was helping others who’d fled Iran. He shared an apartment with a transgender couple and a gay man.

“I tried to be a family with my situation,” he said. But without work permits, the jobs they could get were dangerous and didn’t pay a living wage. One friend fell three floors at his job at a recycling plant and broke his leg. He had to use all he’d earned to pay the hospital bill and the fine he was levied for working without a permit.

“They’re in limbo,” says Arsham Parsi, executive director of the Iranian Railroad for Queer Refugees, based in Toronto. For privately sponsored refugees, the processing time can be up to two years before they get to Canada, said the founder of the organization that started in 2008.

“They don’t have any means and are at risk of being deported,” said Parsi. The railroad helps an average of five or six new Iranian refugees a month who are in such limbo.

“We want to raise awareness among Canadian citizens interested to sponsor someone.” The railroad helps gay refugees get to other countries as well, including Finland and the U.S.

“We are an international organization,” said Parsi. “We are able to communicate with our partner organizations in those countries. Today, with the Internet, there are no geographic borders.”

That’s how Hamed was connected with sponsors in Canada.

Uprooting and relocating himself from Iran to Turkey to Canada in less than two years was overwhelming. They’re three very different countries with different languages and cultures, said Hamed.

Growing up in a country where homosexuality is so taboo it’s not even discussed, was difficult. As a child, he says he knew he was different but didn’t know what it was or what was “wrong” with him.

“And I can’t find anybody else like me. I was 20 before I found another gay person,” he said. When he knew what he was, it wasn’t much of a relief.

“I can’t be myself,” he said. “I had to tell all those lies. I must hide myself. I’m alone all the time. I’m scared (of) my problem and running from myself.”

On March 20, he arrived in Winnipeg. He imagined Canada would be green “with lots of nature, lots of water.” When he got here, Winnipeg was a grey, dry city — but still a haven and a relief.

He was met at the airport by his Group of Five sponsors. Horst Backe, 56, and Mark Rabnett, 60, recognized Hamed after spending the previous year communicating with him on Skype.

“(The Iranian Railroad for Queer Refugees) was the only Canadian organization I knew of that was working with (gay) refugees,” Backe said. The couple has been together 27 years. They remember a time in Canada when lesbian, gay, bisexual and transgender people had to keep their sexual orientation a secret.

It was never as bad as Hamed’s experiences in Iran as a gay man. “People weren’t ready to kill me.”

Rabnett and Backe say there are tens of thousands of people such as Hamed in countries where they’re persecuted for their sexual orientation. Rabnett cited one estimate that Iran has executed 4,000 people over the past 20 years for being gay.

The sponsors said they’d like to see more people contact the Rainbow Resource Centre in Winnipeg to form a Group of Five and help an LGBT refugee.

They’ve taken Hamed under their wing, and it’s been a good fit, said Backe.

They held a Nowruz party in his honour. Nowruz is celebrated in Iran and neighbouring countries to mark the new year and springtime.

“There were lots of flowers and special gifts and a bottle of Shiraz (wine),” said Hamed, who is from the Shiraz region of Iran.

“They are so kind. They have done so much for me.”

Now he’s ready to help himself. He’s looking for work. Any work.

He’s applied at coffee shops and restaurants and as a home support worker because he would like to end up in the health-care field. In Iran, he studied architecture for two years but said it seemed like most of the class time was spent studying the Qur’an.

Hamed said he’ll attend special classes at the University of Manitoba in the fall to improve his English to a Benchmark 8, the level required to attend post-secondary programs. Right now, he’s reading at Level 4 and speaking and listening at Level 5.

In Turkey, he practised his English with an online tutorial. In Winnipeg this spring, he passed the written test in English to get his driving learner’s permit. In June, Hamed is to take his road test, and hopes that will look good on his resumé.

This summer, his sponsors are planning to take him to the Winnipeg Folk Festival and Winnipeg’s Pride parade next week. Human rights activists Chris Vogel and Richard North are leading the June 3 parade, which starts at the legislature.

“I want to try it,” said Hamed, who can’t fathom gay men talking about their rights on the doorstep of a government building, then celebrating their sexual orientation with a parade.

Back in Iran, Hamed’s family never knew he was gay or that he fled Iran because of it. As far as they know, he came to Canada for a better life.

“They don’t know the reason, just I’m in a good place.” 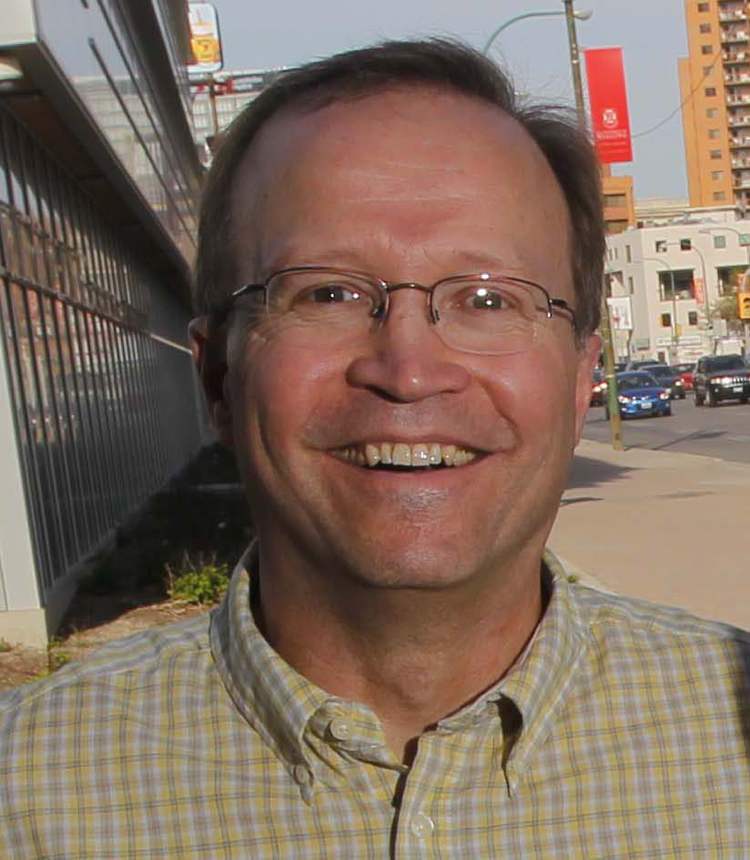