Get over yourself, Winnipeg!

You're OK -- even if CBS is clueless about your location

About 13,000 years ago, when the Wisconsin ice sheet receded from southern Manitoba, what's now Winnipeg wound up at the bottom of a big post-glacial puddle called Lake Agassiz.

About 13,000 years ago, when the Wisconsin ice sheet receded from southern Manitoba, what’s now Winnipeg wound up at the bottom of a big post-glacial puddle called Lake Agassiz.

After 5,000 years or so, that puddle drained away into Hudson Bay, leaving behind a flat expanse of mud and clay that would eventually be known as the Red River Valley.

The first people to wander up into this new land would have come across a barren expanse of nothingness, only recently colonized by grasses, a few shrubs and a couple of bison.

Those first Manitobans would have been justified in believing they had just discovered the edge of the world. After the glaciers and Lake Agassiz and the final big melt, what’s now Winnipeg was quite literally nowhere.

Not much has changed since then.

“Oh no,” you must be thinking. “Another self-hating Winnipegger is about to get down on his city again.”

You’re wrong: I love this town with a fiery passion that borders on irrational. I just happen to be entirely comfortable with the fact Winnipeg really doesn’t matter much to the vast majority of people outside Winnipeg.

This is a quirky and resourceful community, with a fascinating history and a more-than-adequate cultural life. But we no longer are important on a global or continental scale — which, in fact, we were at the height of the railway boom 107 years ago.

It’s been many decades since Winnipeg was even the third-largest city in Canada. But there remains a vestigial trace of the sense of entitlement that comes with being a Toronto, Montreal or Vancouver.

Winnipeggers continue to feign amazement when someone from another part of the continent is unfamiliar with their city. This is preposterous, as a majority of Winnipeggers would be hard-pressed to list off a few basic facts about Columbia, S.C., Akron, Ohio, or Stockton, Calif., all metropolitan areas of comparable size to our own.

Ever heard of Greenboro-High Point, N.C.? How about McAllen-Edinburgh-Mission, Texas? Worcester, Mass.? You may have heard of some of those centres — again, all similar in population size to Winnipeg — but you probably need Google Maps to pinpoint their locations.

In fact, when you look over the list of North America’s largest population centres, it’s actually remarkable how many amenities exist in Winnipeg that do not exist in other places of comparable size.

NHL lockout notwithstanding, we’re the second-smallest city in North America with a pro sport franchise belonging to one of the “big four” leagues. We’re one of the smallest cities on the continent where not one, but two daily newspapers still struggle to exist. And we punch well above our weight in terms of arts and culture, and not just because of the continued existence (and surprising financial solvency) of traditional arts institutions that have died off in other cities of this size.

This is just a short list, compiled to make a simple point: There is much to like about this place and it’s embarrassing to bother caring whether anyone else shares that opinion.

Given our small size, obscure location and middling economic importance, there’s no point exuding a single particle of excrement whether anyone else even knows where we are. Frankly, it doesn’t bloody matter.

It’s even funny when Rob Lowe suggests this city is a hellhole, because so many Winnipeggers say the same thing during the frigid depths of our winter, when we have actual winters, or the intolerable height of mosquito season, when we actually have mosquitoes.

Truly great cities, regardless of their size, have a sense of humour about themselves. Only small towns, in the psychological sense, take actual offence.

When the Jets originally left town in 1996, this city descended into paroxysms of self-doubt. We all sat around eating ice cream out of tubs, wondering what would become of the place, now that the sole source of our collective identity had flown to the Sonoran Desert.

I’ve long argued the civic despair in the mid-1990s was not just about the loss of the Jets, but a vestigial sense of entitlement displayed by a city that never quite got used to fact it wasn’t important any more. Many times since then, I’ve argued Winnipeg must get over itself and finally grow comfortable within its medium-sized, ordinary-city skin.

I wonder whether we will ever strive to do the things that would truly make this city great: reduce our crippling poverty, end our housing crisis and improve the lives of all our citizens, beginning with a First Nations community virtually confined to the city’s least-safe neighbourhoods.

And we greet the opening of an IKEA store with quasi-messianic zeal, as if the Swedish furniture giant’s long-sought arrival makes the ultimate statement about Winnipeg. It does nothing of the sort.

IKEA is not here because we’re awesome. IKEA is here because Winnipeg’s Fairweather Properties was brilliant enough to construct a development deal IKEA Canada would have been foolish to pass up.

In the eyes of any major corporation, Winnipeg remains the same barren patch of floodplain it was 8,000 years ago. Winnipeg is obscure and out of the way.

Winnipeg is not large enough to matter much to anyone at all — except of course to Winnipeggers. And those are the only people who matter. 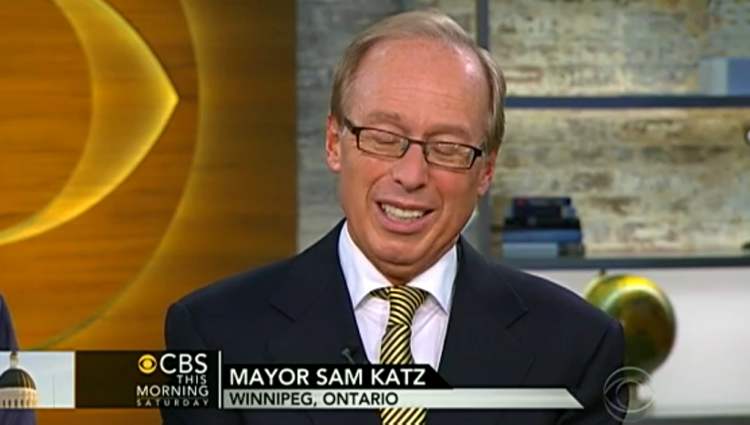