THE 2011 federal election transformed Jack Layton into a political legend. Going into the election, the party was nagged by questions about Layton’s health and many observers predicted a loss of seats as soft NDP voters fled to the Liberals to prevent a Stephen Harper majority government.

THE 2011 federal election transformed Jack Layton into a political legend. Going into the election, the party was nagged by questions about Layton’s health and many observers predicted a loss of seats as soft NDP voters fled to the Liberals to prevent a Stephen Harper majority government.

In true Hollywood fashion, Layton overcame his health problems to run an astoundingly successful campaign that saw the NDP became the official Opposition for the first time in its history.

On the morning following Layton’s untimely death, Canadians may be asking themselves how much of the party’s recent success was dependent upon its leader.

Without Layton at the helm, is the NDP now doomed to wither?

That depends on who assumes leadership, of course.

But most importantly, it rests on how she or he capitalizes on the hard work done to this point by Layton and the party.

One of the most underappreciated aspects of the NDP’s success in 2011 was how Layton and his team carefully laid the groundwork for its historical breakthrough since he had become leader.

Layton cultivated a highly effective team of professional political staff at the party’s headquarters in Ottawa and his office at the House of Commons.

Over four federal election campaigns, this team built up the Layton brand as a trusted and determined leader dedicated to achieving practical results for Canadians. The team became adept at crafting messages targeted to potential NDP supporters while maintaining the confidence of the party’s traditional base.

The party became better at fundraising and centralized its cumbersome party structures to make quick decisions amid the instability of minority parliaments.

The strategy was a meshing of clever marketing, political realism and ideological management.

Over his eight years as leader, Layton almost imperceptibly moved the NDP to the centre of the political spectrum, stealing many Liberal votes along the way.

By 2011, he had jettisoned talk of inheritance taxes and large new social programs for pragmatic appeals to hire more doctors and reduce small business taxes to kick start economic growth.

He gradually reduced the prominence the labour movement had played in the NDP’s campaign strategy and public image. As the NDP surged in the dying days of the 2011 election, almost nobody raised the traditional bogeyman of the NDP being in the back pocket of unions.

Most importantly, Layton made a concerted effort to appeal to Quebecers to convince them the NDP shared their progressive values and their concerns about the fragility of their culture and language. He took a number of soft Québécois nationalist positions such as questioning the validity of the Clarity Act, allowing Quebec to opt out of new social programs with compensation, and applying Bill 101 to federal jurisdiction. He talked to Quebecers in their own language and brought on board a number of prominent Quebecers from other parties.

When the Liberals and Bloc Québécois began to falter during the last federal election, the advantages the NDP had built up started to kick in. As voters began to look for alternatives, they were convinced by Layton’s optimistic personality and trustworthiness to take a look at the NDP’s new and practical version of social democracy.

In this sense, the messenger was important, but all the work and organization behind creating a new version of the NDP to present to voters was equally important.

While Layton is gone, his accomplishments remain.

The NDP is a vastly more credible, centrist and national party than when Layton took over. This was best illustrated by the fact that where its leader once hammered on about inheritance taxes, the 2011 election heard him highlight, instead, tax cuts for small businesses.

It holds the largest block of seats in Quebec and placed second in terms of popular vote in every English-Canadian province except Newfoundland and PEI. For the first time in its history, it is the official Opposition and will play a prominent role in the House of Commons as the government in waiting.

A new leader must ensure the party becomes the bridge between Quebec and the rest of Canada to prevent the loss of its new Francophone Québécois voters. There will have to be considerable accommodation from both the Quebec and English-Canadian MPs in the NDP’s caucus to find compromises to divisive issues.

The new leader will have to find ways to avoid internal friction between the moderate and radical factions of the party. Whoever takes over from Layton will have to craft a left-of-centre ideological position that is both acceptable to party members and seen as realistic by Canadian voters.

The new leader must also prevent an exodus of the professional political talent in Ottawa that the party attracted — people such as national director Brad Lavigne and strategic communications director Kathleen Monk — during the Layton years. These professionals have valuable experience that is desperately needed as the party tackles its new job as official Opposition, particularly with the bevy of new, inexperienced MPs coming from Quebec.

No one will replace Jack Layton. He is a political legend.

It is on the shoulders of this legend the rest of the movement can now stand and strive to realize their ultimate dream — a federal NDP government.

Dr. David McGrane is an assistant professor of political science at St. Thomas More College at the University of Saskatchewan. He is the author of a chapter on the political marketing of the federal NDP in The Canadian Federal Election of 2011, to be published by Dundurn Press this fall.

'Guiding light' shows us the way 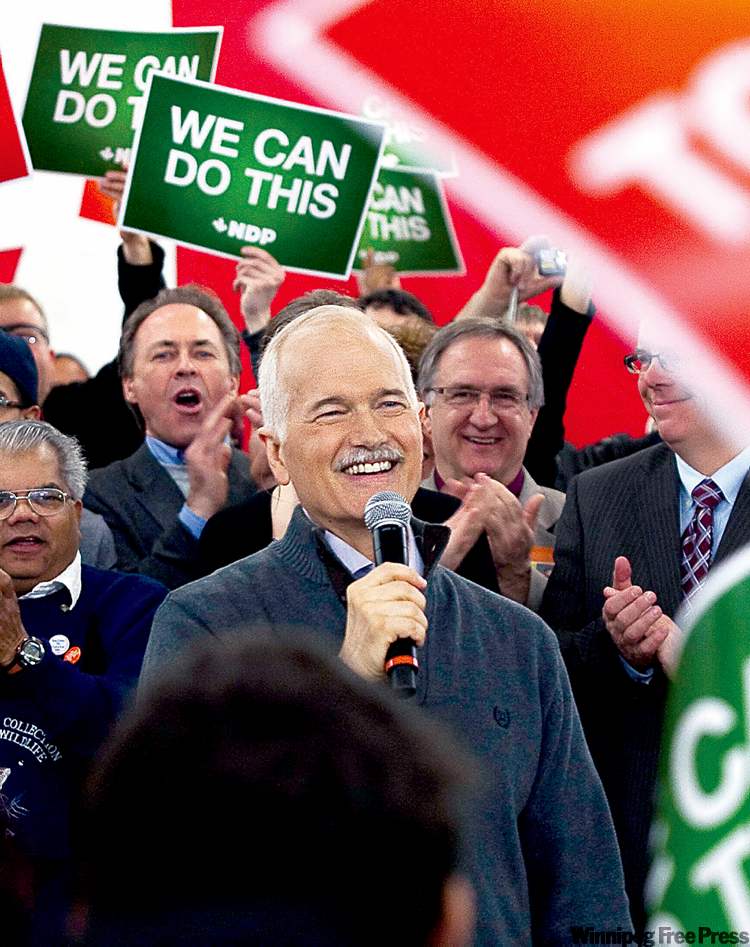 Sad ending to a remarkable story 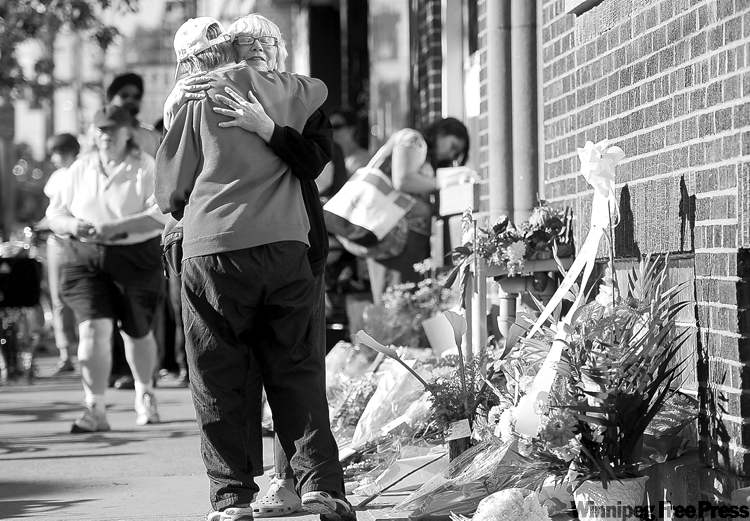 The NDP loses its champ 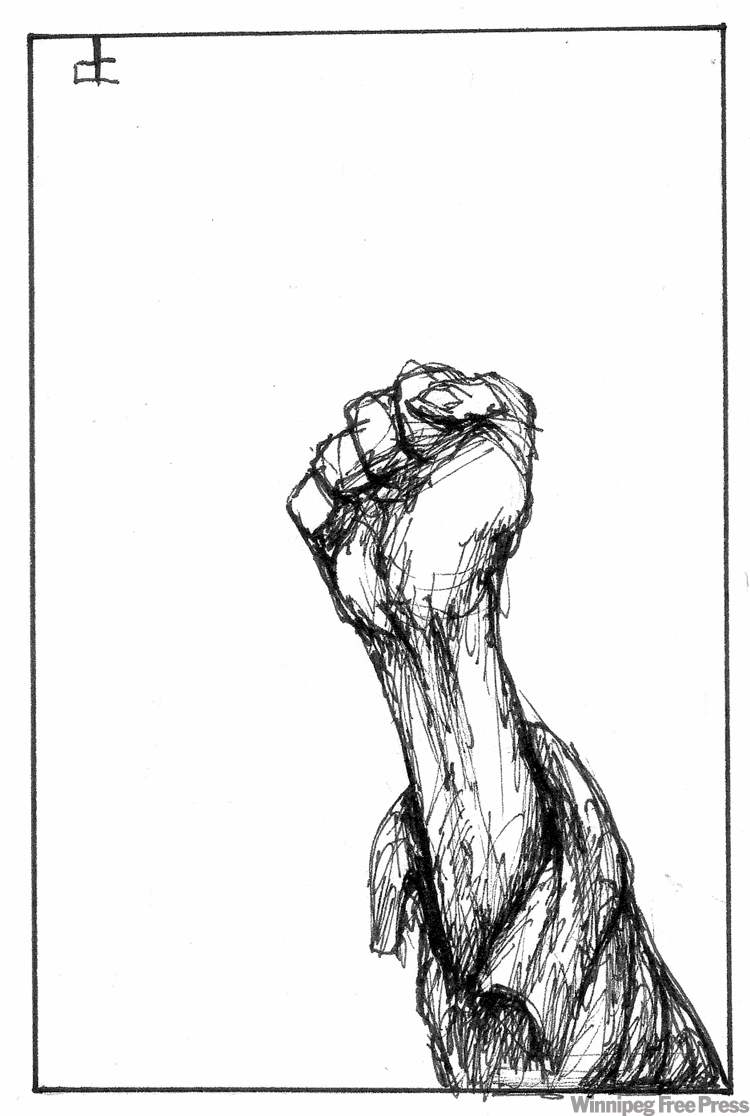