For me, Winnipeg is a real home. My adopted country, Canada, has given me and my family a sense of freedom, safety and security. There are moments, however, I think of my country of birth, Afghanistan, to which I still maintain a connection.

For me, Winnipeg is a real home. My adopted country, Canada, has given me and my family a sense of freedom, safety and security. There are moments, however, I think of my country of birth, Afghanistan, to which I still maintain a connection.

That Afghanistan remains a top item on the agenda of the international community since Sept. 11, 2001, makes me think of what it is like today and what it will be like tomorrow.

I think of today’s Afghanistan, devastated by more than 30 years of conflict, as a country with a complex situation that ought to be examined in the context of its history.

In 1979, Russia invaded Afghanistan with the help of the Afghan Communist regime. In 1980, internal conflict with massive support from external forces intensified the existing conflict. Subsequently, in 1990, the civil war started. Throughout the country, Afghans experienced different violations of human rights. The rise of insecurity and struggles for power among mujaheedin leaders who failed to protect the civilians facilitated the arrival of the Taliban movement from their Pakistani madrassas (religious schools).

They easily occupied most of Afghanistan until 2001 when the new interim government took power with the help of NATO and its allies.

Sometimes, I think “What if there had been no wars in Afghanistan?” Where would Afghanistan have been ranked in the human development report index? Somewhere in the middle? Certainly not at the bottom of the list.

In the absence of war, most people live in some kind of safe and secure environment and carry on with their lives. I remember going to school with my sisters, just like Canadian kids. I know it was not a perfect Afghanistan, but at least Afghans did not kill Afghans. Women and children were not used as weapons of war and security was not fragile.

Until we were forced to leave under the Communist regime, I vividly recall good childhood memories and cannot wait to share them with my three-year-old daughter, inquisitive Liliana.

How is it today? I know today’s Afghanistan can never be the same as the good old days. When I think of today’s Afghanistan, the first thing that comes to mind is the degree of insecurity in most of the country. Afghans are confused about what they want next. Do they want to return to the early ’70s, the good old days? Or do they basically want a safe and stable government that can protect civilians without the ongoing help of the International Security Assistance Force? Do they want a country with no Taliban or extremists who make every effort to block the progress of Afghanistan and return it to the dark days? Of course not.

What I am hearing in the news and through my personal connections is Afghans reject the Taliban. We Afghans consider the Taliban strangers and outsiders, who under the name of religion want to destroy our country, its traditions and the culture that we had been proud of for generations.

I believe that the Taliban are mistaken to kill or target civilians. It has created a hostile or frustrated environment for both ordinary Afghans and the ISAF.

Afghans want a sincere commitment from the international community to assist in rebuilding their country, restoring security and having Afghans in the driver’s seat.

Lacking a proper strategy to deal with our common enemy, the Taliban, prolongs the war.

I recognize, on the one hand, the situation in Afghanistan still seems fragile. On the other hand, over the past 10 years, there has been a gradual progress.

Some women have started going back into the workforce or educational institutions. Education for girls and boys was restored after the departure of the Taliban in 2001. This was a step forward. In some parts, however, parents still fear sending their children to school due to the Taliban and extremists’ mentality and threat.

I think a clear exit strategy is an important aspect of regaining peace and justice in Afghanistan. Women’s inclusion in the exit strategy is crucial. They have better access to their local communities and can contribute to security and a transition plan successfully. Presently, women are not included in the peace talks and their perspectives are not included, in most cases, in the planning for security transition.

Due to insecurity and corruption at different levels, most women feel unsafe and uncomfortable to take part.

I believe Afghan women are untapped resources. The world recognizes progress, social justice, economic growth and development critically depend on the full and equal participation of women in all spheres of society.

I believe ordinary Afghans want to have a peace with justice. They are sick and tired of ongoing war and conflict and corruption, which are the biggest impediment for developmental work in their country.

In my view, what needs to be done to bring Afghanistan to a peaceful situation is to work to empower the grassroots and civil society. Afghans from various backgrounds should come together to make a joint vision for a prosperous Afghanistan.

This would certainly send a clear message of rejection to the Taliban and their supporters to go back to their madrassas.

A unified and prosperous Afghanistan can be achieved with the full participation of Afghans, including women, with the creation of a concrete security transition plan. This can only happen when the international community, including Canada, stands side by side with Afghans by helping, but not abandoning them. Developmental work can only happen when the security is there. The rest will follow. 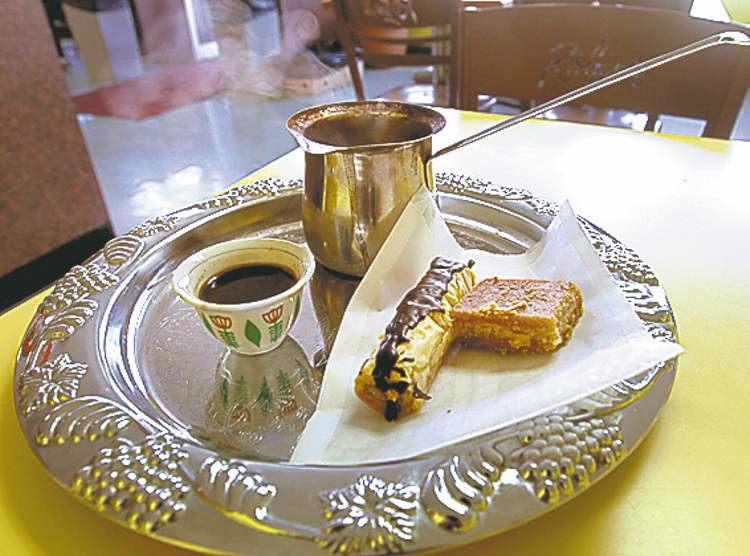