I was born in Canada. I am proud to be Canadian. I always get asked that question because I look different and have a different name.

I was born in Canada. I am proud to be Canadian. I always get asked that question because I look different and have a different name.

I went back to Lebanon four years ago and the security guards looked at my passport and they said “she is from a different country.”

To follow both values can either make you very successful or very confused.

Lebanese culture is very full of life. It has such deep roots, and everyone has encountered a part of it. Whether it’s clothing designs, food, music, business, entertaining or politics, you are sure to find a Lebanese around.

We are taught to have pride, dignity, respect and the drive to be successful at anything we do. We are brought up to be humble, but never to forget our roots.

Every Lebanese has his own opinion and each will speak his mind. They are very charming, charismatic, loving individuals. You either love the Lebanese or you hate them because you love them.

Lebanon is a tourist country, which means if you are not involved in any tourism there is no way to be successful. That is why many Lebanese have left to find a better way of life — there are less than four million Lebanese in Lebanon, with 20 million Lebanese scattered around the world.

My father was born in Lebanon. He immigrated to Canada at 11 years of age with his mother, father and two brothers.

His older sister was married to a Lebanese Canadian and sponsored her family to come here. She lived 200 kilometres outside Winnipeg.

My father told us it was difficult for him at the beginning since he knew no English. He was placed in a temporary school until he learned how to speak English before being transferred to Isaac Newton.

He came from a village in Lebanon where neighbours knew each other’s history. Family was all around you. He had to learn how to swim, bike, play sports, read, write and speak English — a lifestyle that was completely opposite of what he was used to.

He was determined his children would learn never to lose his traditions and values and never forget where he was born and raised. He gave us Lebanese names and made sure we taught everyone how to say them correctly.

We used to go to school and, while all our friends had ham or peanut butter sandwiches, we would pull out a long roll of pita bread wrapped with hummus or labini or olives.

At home we always spoke Arabic so we would never forget the language.

In Canada, most Lebanese are in Quebec, Ontario and Alberta.

In Winnipeg, the Lebanese are mostly owners of businesses — restaurants, gas stations, clothing stores, grocery stores — but they also are doctors, nurses, accountants, pharmacists, hairdressers, contractors and teachers. Many have been here for generations, others more recently.

But they all still have a connection to Lebanon.

Whether it’s the mountains, valleys, the Mediterranean Sea, the cities or the nightlife, the scenery is absolutely breathtaking. This makes every Lebanese yearn to go back for a visit.

The food is very tasty. The shawarma, hummus with pita bread, tabouli, fatayar or shish kebab — everyone has tried it.

Or the sweets, which include a wide variety of baklava, harissi, ma’mool or ka’ak, always they leave you craving for more.

The first Lebanese people arrived in Canada in the 1890s and now the community has deep roots here.

They are living the Canadian dream and holding on to Lebanese traditions.

Chama Tasse is the manager of a supermarket in Elmwood. 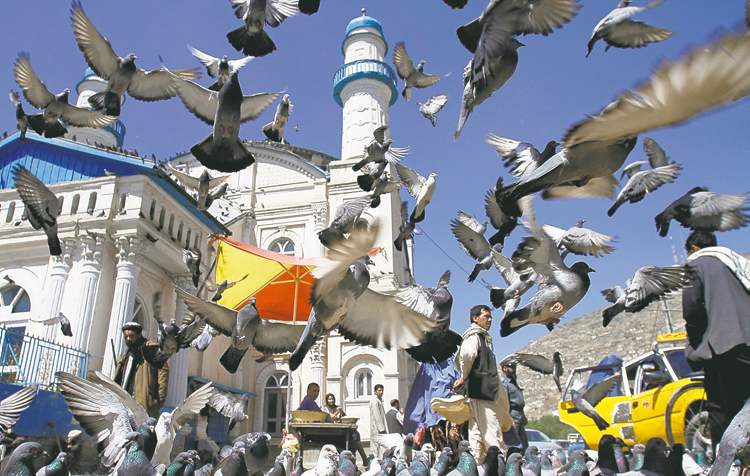