Bishop Vital-Justin Grandin (1829-1902), spent most of his career in service of the Roman Catholic church in the north-west (present day Saskatchewan and Alberta). Though he was praised during his life and following his death, we now know that he diligently lobbied the federal government to establish residential schools, so that First Nations children would be “humiliated” about their “Native life” and “origins” and presumably be transformed into “true” Canadians.

Bishop Vital-Justin Grandin (1829-1902), spent most of his career in service of the Roman Catholic church in the north-west (present day Saskatchewan and Alberta). Though he was praised during his life and following his death, we now know that he diligently lobbied the federal government to establish residential schools, so that First Nations children would be “humiliated” about their “Native life” and “origins” and presumably be transformed into “true” Canadians.

In light of the tragic discovery of the remains of 215 First Nations children buried in unmarked graves on the land of the former Kamloops Indian Residential School, it is thus understandable why in a recent poll 55 per cent of Winnipeggers want to rename Bishop Grandin Boulevard.

John A. Macdonald, Canada’s first prime minister, adhered to Grandin’s advice. In the early 1880s, Macdonald’s government established the federal residential school system. So began a terrible and tragic system, funded by the federal government and run by Roman Catholic, Anglican, Methodist, and Presbyterian churches, which permanently scarred the lives of generations of First Nations up to the present.

Though this history seems black and white, it is more a contrasting shade of grey. Consider that once you start changing street names and removing statutes, it is a slippery slope for which there is no apparent end.

Dewdney Avenue in Point Douglas is named after Edgar Dewdney (1835-1916), who served as Macdonald’s Indian commissioner and then as lieutenant-governor of the North West Territories in the period from 1879 to 1888. He was responsible for distributing food to starving First Nations, but only did so if they agreed to abide by government policies. He also supported education for First Nations’ children but without involvement from their parents and at church-run residential schools.

Donald and Smith Streets downtown are named for Donald Smith, Lord Strathcona, a business tycoon and philanthropist and a central figure in Western Canada’s development. However, as a key Canadian Pacific Railway shareholder during the 1880s, he had no problem with the exploitation of the thousands of Chinese workers who toiled and died constructing the rail line.

There are statues of Nellie McClung and a school named in her honour. She is rightly remembered as a pioneering suffragist who fought for the voting rights of women. But as is now acknowledged, she supported eugenics — as thousands of liberal-minded Canadians then did — and the legalized sterilization of the intellectually disabled or the “feeble-minded,” as was the term used in the 1930s and ’40s.

Furthermore, if Macdonald’s legacy has been tarnished by his connection to residential schools, so, too, should the legacies of prime ministers who succeeded him. Each one of them perpetuated the system and arguably made it worse by turning a blind-eye to the horrific abuse, hunger and deadly diseases suffered by the First Nations children.

Wilfrid Laurier, prime minister from 1896 to 1911, is remembered for his wise and skilful leadership and charming personality. Yet in 1907 he dismissed or ignored a devastating report by Dr. Peter Bryce about the “unsanitary conditions, poor ventilation, overcrowdedness and the spread of tuberculosis and other diseases” at the residential schools.

In 1922, Bryce published his book, The Story of a National Crime, documenting in more detail the appalling conditions at the schools. The prime ministers during this period, Robert Borden, Arthur Meighen, William Lyon Mackenzie King and R.B. Bennett — who led governments between 1911 and 1948 — supported expanding the schools, though paid little attention to the plight of the children.

These esteemed leaders and the bureaucrats at the department of Indian Affairs who did their bidding did so because they were products of their era. Canada, they staunchly believed, was a product of the British Empire and they adhered to its definition of “civilization” — that faithfully advocated for an Anglo white supremacy, supported by accepted theories of race, and that was governed by the precepts of Christianity.

Above all, they valued the positive power of assimilation for First Nations, African-Americans and Asian, Jewish and southern and eastern European immigrants.

Despite the prejudice and discrimination this engendered, the future of Canada, as they saw it, was at stake. We now condemn their worldview, moral underpinnings, and what we perceive as their blatant racism. But as we change street names and rip down statutes, we should not forget that even 60 years ago the vast majority of Canadians would never have understood today’s anger and incredulity. Education about these issues and controversial attitudes, which were lacking until recently in school curriculums, are essential.

At the same time, in the case of residential schools these all-encompassing views in no way excuse or explain taking children from their parents, and the callous indifference and neglect and utter disregard for reports detailing the abusive treatment and illness the First Nations children were subjected to, or failing to properly notify their families about their deaths.

Now & Then is a column in which historian Allan Levine puts the events of today in a historical context. His most recent book is Details are Unprintable: Wayne Lonergan and the Sensational Café Society Murder. 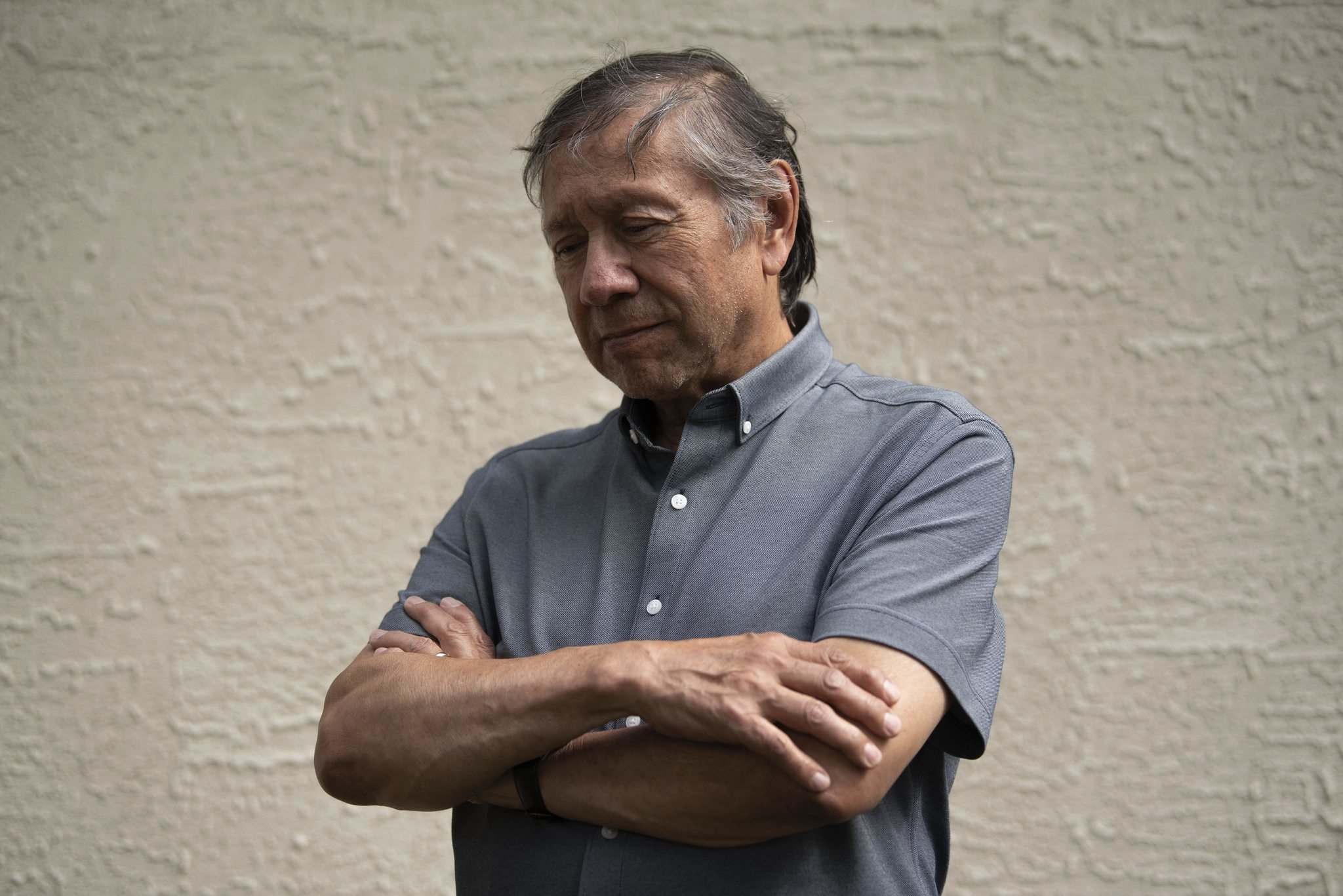 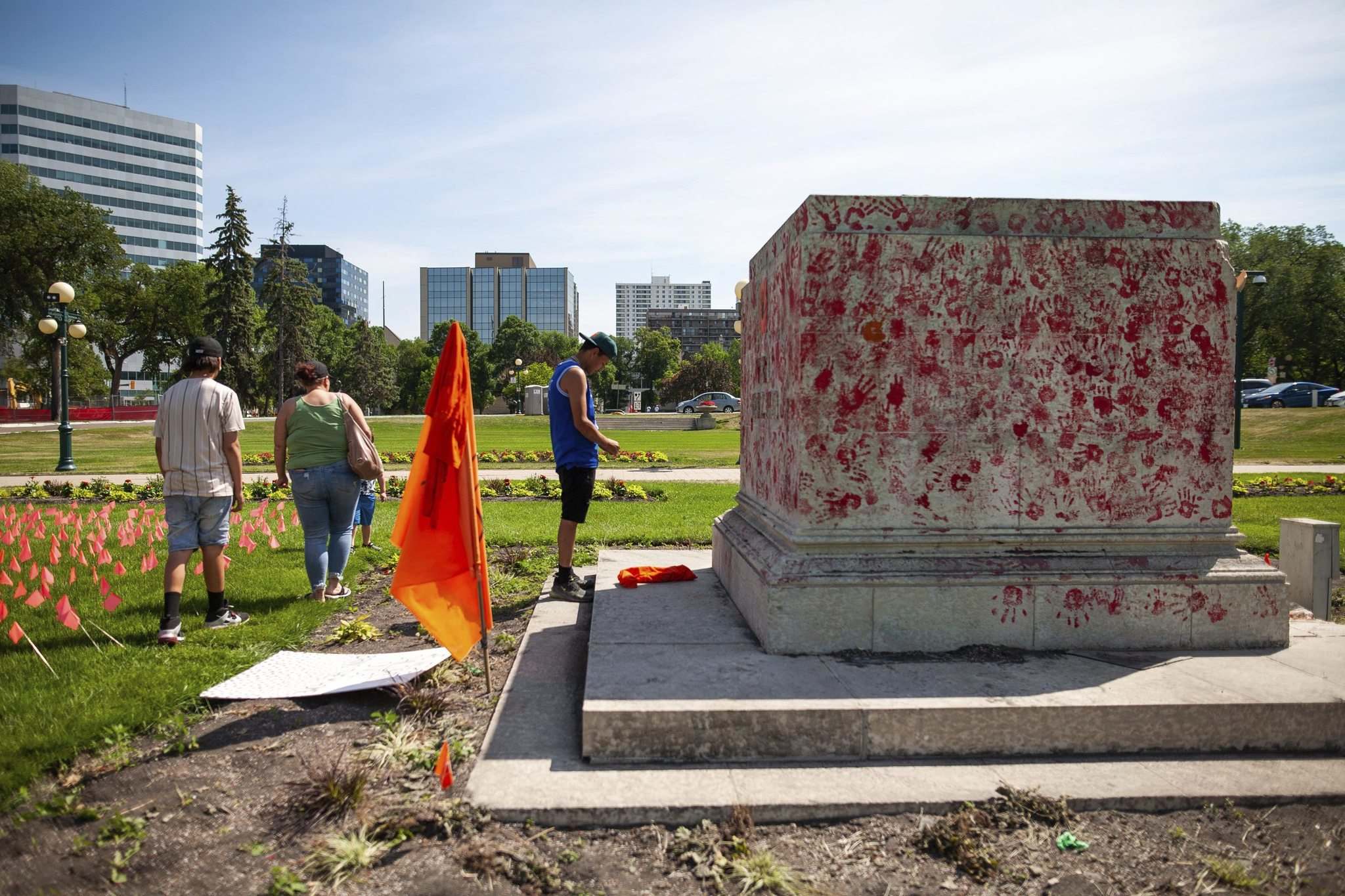 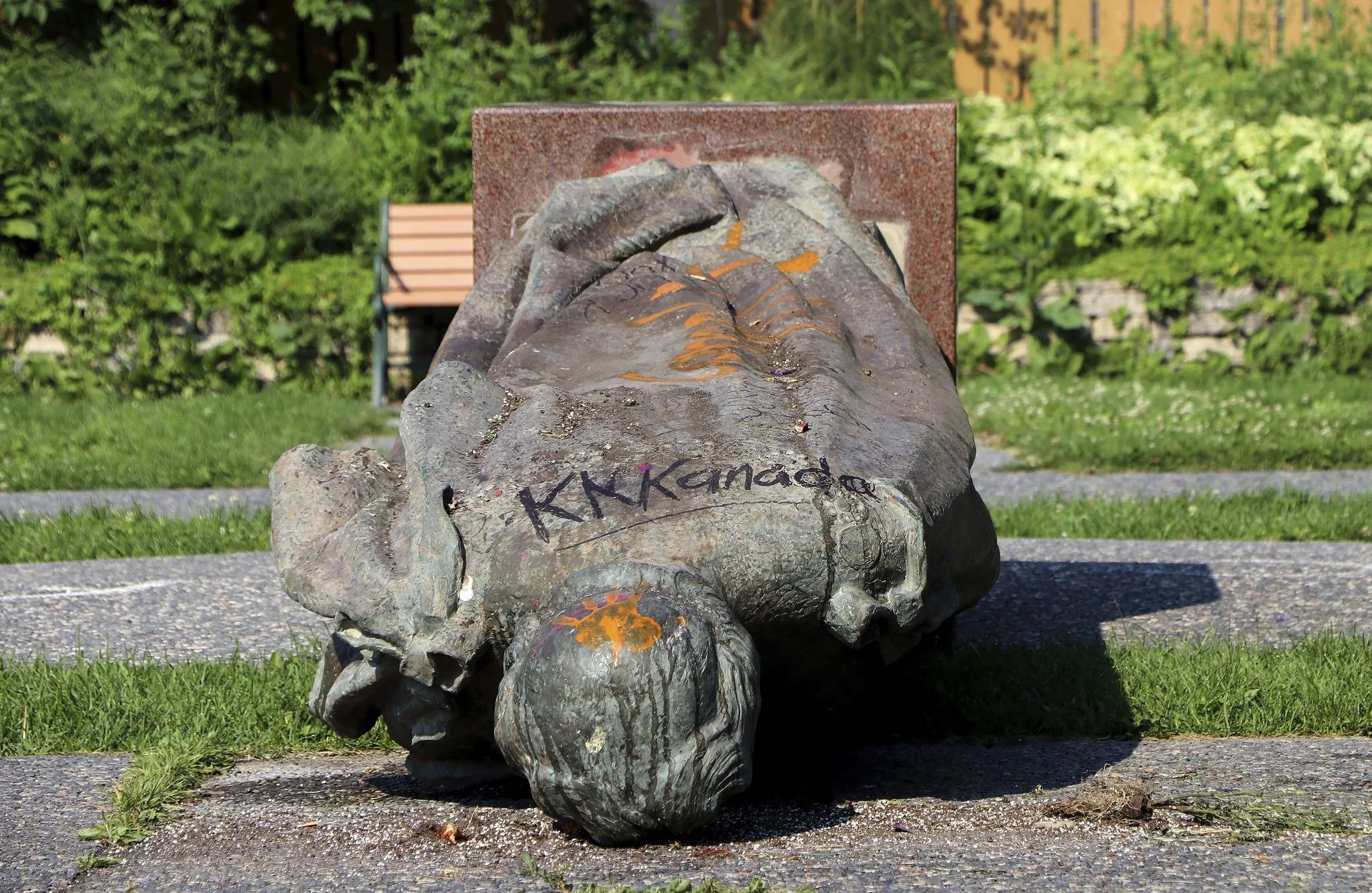 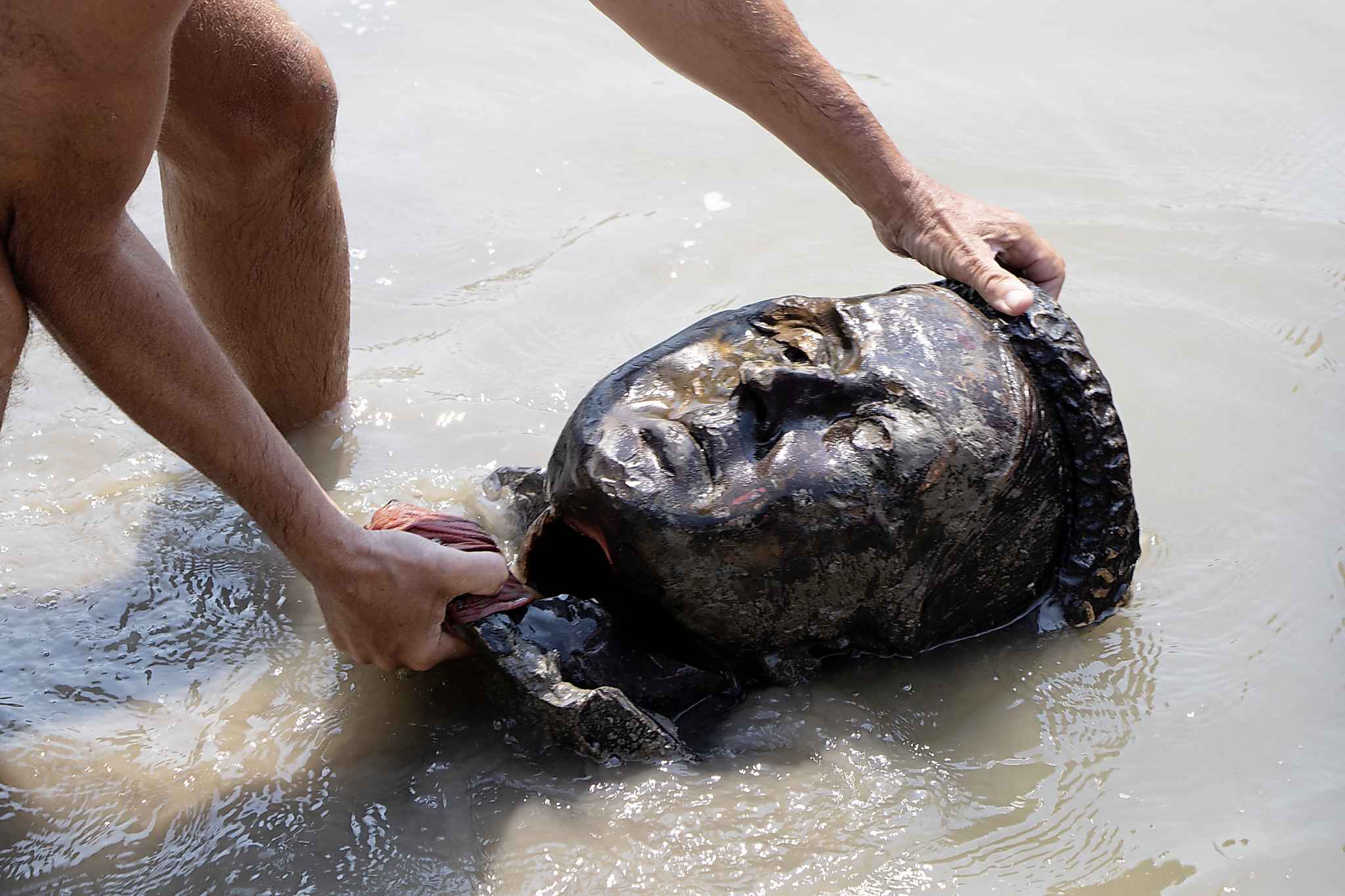 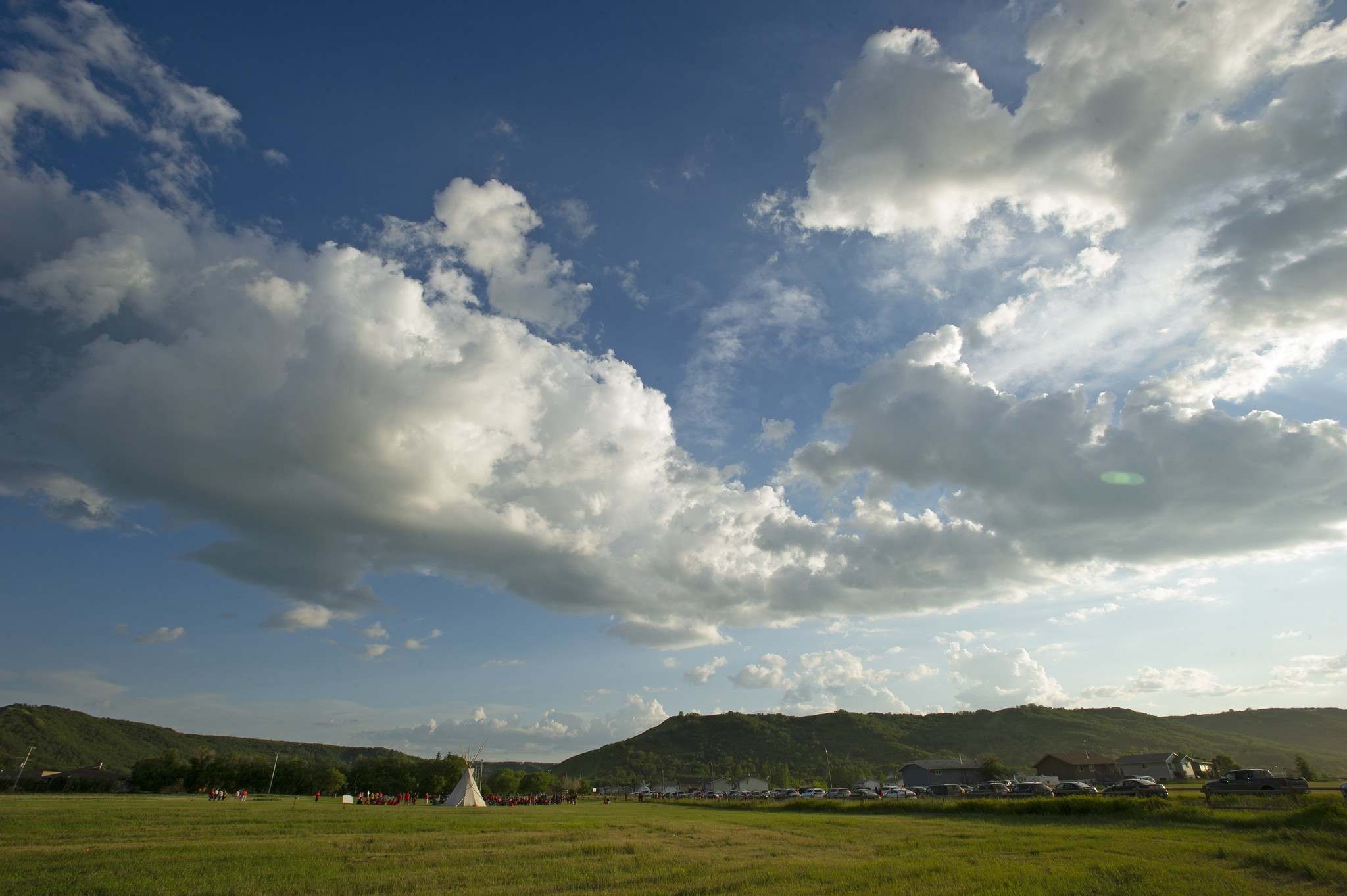