Jimmy Roy is a Jet. A Winnipeg Jet.

Jimmy Roy is a Jet. A Winnipeg Jet.

After a career in hockey trying to find his way to the NHL as a player, the Sioux Lookout, Ont., native has retired and will join the Jets as the team’s director of player development.

The 35-year-old Roy will work with the organization’s prospects playing in junior, college and the minor pro leagues.

Roy told Germany’s Iserlohn Roosters, his team of the last five years, he is leaving to work for an NHL team and the Free Press has learned that organization is the Jets.

The move is another in a series of promoting good soldiers from the Manitoba Moose to key positions with the Jets. Assistant GM Craig Heisinger, coach Claude Noel, goalie coach Wade Flaherty and now Roy, all spent time with the Moose in a variety of roles.

Not to mention chairman Mark Chipman and almost the entire business side of the organization.

True North has believed it was an NHL calibre operation for a long time and is now willing to test that belief as it moves from the AHL to the NHL.

When Roy left the Moose, Heisinger predicted he would be back.

“This doesn’t close the book on Jimmy Roy’s time with the Manitoba Moose,” said Heisinger, on a summer day back in 2006. “Consider it the end of a chapter. But I believe there will be another chapter.”

While Roy never returned to the Moose as a player, he is now back as a member of True North’s management team.

A ferocious little man who slashed and yapped his way into pro hockey, Roy never achieved his life-long goal of playing in the NHL but was a key component of almost any team that employed the redheaded slice of sinew and scar.

The Moose retired Mike Keane’s No. 12 last winter. Roy’s No. 21 deserved a similar honour but he was still playing.

Work ethic was the key to Roy’s accomplishments and if Jets recruits can pick up a little of his dedication to the craft they’ll be well-served.

The pride True North has in its Moose days has no end and Roy represents those days more than anyone else.

This was a natural hire.

Roy could not be reached for comment and the Jets would neither confirm or deny his appointment. 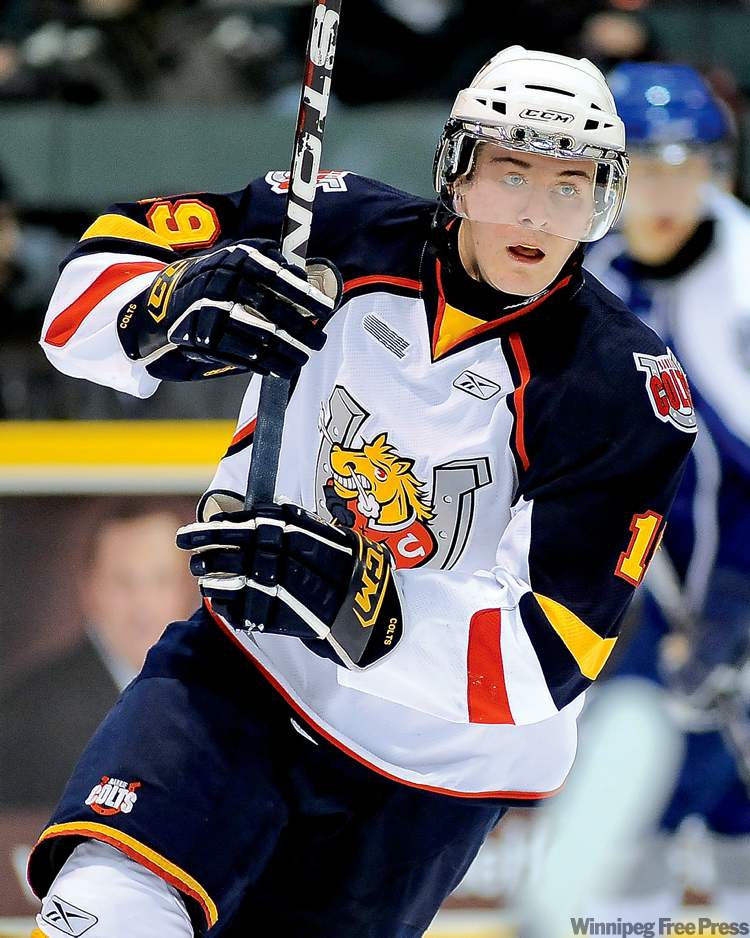