Jets hoping this season is a young man’s game

Get used to hearing that five-word mantra a lot over the next little while as the Winnipeg Jets engage in what has become an annual rite of fall in this city — lowering fan expectations.

Every year at this time, the Jets have settled on a slightly different script: “Just be happy the NHL is back”; “Draft and Develop!”; “This is going to take time and, also, Atlanta!”; “We told you this is going to take time.” And, my personal favourite — “Just because we made the playoffs last year doesn’t mean you should expect us to make them this year.”

While the wording has changed slightly from year to year, the underlying message to the province’s rabid hockey fans has always remained the same: Don’t get your hopes too high and, by extension, if this thing goes south, we told you so.

This year, the Jets ownership, front office and coaching staff have clearly settled on ‘We’re going to be young’ as the message to anyone asking about the team’s prospects for the 2016-17 NHL regular season.

It’s brilliant messaging. On the surface, what’s not to like about ‘young?’ Everyone loves ‘young’ — babies, puppies, kittens, they’re all cute and adorable and full of promise and we all just want to rub their bellies and scratch their ears. (My kids, it’s fair to say, had an unconventional upbringing.)

But what the Jets are really saying is this: we’re going to make a lot of mistakes; we’re going to repeat those mistakes over and over again until what’s left of the hair you haven’t pulled out turns grey; and in the end, we’re probably not going to turn out the way you hoped.

Let’s be clear — some of this ‘young’ talk is smoke and mirrors by a management team looking to provide itself cover if things go badly this season. While it’s true the club will have two teenagers — forwards Patrik Laine and Kyle Connor — in its starting lineup when it faces the Carolina Hurricanes to open the regular season on Thursday, these 2016-17 Jets are not exactly babes in arms.

With an average age of 26.4, the Jets’ 23-man roster is just the sixth youngest in the NHL. And while older and more experienced teams such as the Pittsburgh Penguins and Chicago Blackhawks are the top two favourites in Vegas to win the Stanley Cup next spring, it’s worth noting the Tampa Bay Lightning, who are just one-tenth of a year older than the Jets at 26.5, are listed as the third favourite.

All of which is to say that youth, by itself, is not an excuse to not be competitive in the NHL. That’s worth remembering as this thing unfolds.

And it’s also worth remembering the Jets didn’t trip and fall into a fountain of youth. This isn’t like five years ago when Jets GM Kevin Cheveldayoff was handed an atrocious Atlanta Thrashers team and asked to make a silk purse out of it.

On the contrary, the decision to tear down a playoff contender from two years ago and go young is entirely of Cheveldayoff’s design heading into what is Year 6 of what has become a 10-year plan. Or is it Year 1 of a second five-year plan?

Seven of the 23 players on the Jets roster right now are Cheveldayoff’s draft picks. Three others were acquired in trades he made and four more were free agents he signed.

That leaves just nine members of the Atlanta Thrashers organization on the Jets roster.

If Cheveldayoff were a premier or prime minister, it would be at this point we would be demanding him to stop blaming the previous government for all the current problems.

All of which brings us to the Jets goaltending situation. While you can love or hate Ondrej Pavelec — there seems to be little middle ground on the guy — the decision over the weekend to send to the minors the only real No. 1 goalie Jets 2.0 ever had sends an unmistakable message Cheveldayoff is all-in on this youth movement, even if it means some long painful nights ahead.

What Pavelec was more than anything else was a steady and known commodity at the most important position on the ice.

Bailing on someone like that now in favour of going with a goalie tandem that includes Connor Hellebuyck, who has the grand total of 26 NHL games on his resume, and Michael Hutchinson, whose game took a step backwards last season, is what’s known by actuaries as a ‘high risk, high reward’ proposition.

Because let’s face it: In a league where games are increasingly won and lost by scores of 3-2 and 2-1 and reliable goaltending is at an absolute premium, the Jets are going to need great netminding even more than most teams.

A Jets team that was “heavy” and among the league-leaders in hits in that playoff run two years ago is now light as a feather and playing the “fast” game that all the wise-guys now say is the future of hockey.

Layer youth and inexperience on top of that playing style and what you’re going to get this season is a lot of defensive lapses and odd-man rushes that are precisely the kinds of situations where you need great goaltending to keep you in the game.

Is Hellebuyck that guy? Cheveldayoff obviously seems to think so, although let’s be honest: no one can know for sure right now with such a small sample size of NHL playing time from which to judge.

It would appear we’re all going to have to find out together this season. If Cheveldayoff is right, then Hellebuyck — a fifth-round after-thought back in 2012 — may prove to be the shrewdest draft pick Chevy ever made.

And if he’s wrong? Well, hey, they told you they were “going to be young.”

See how that works? 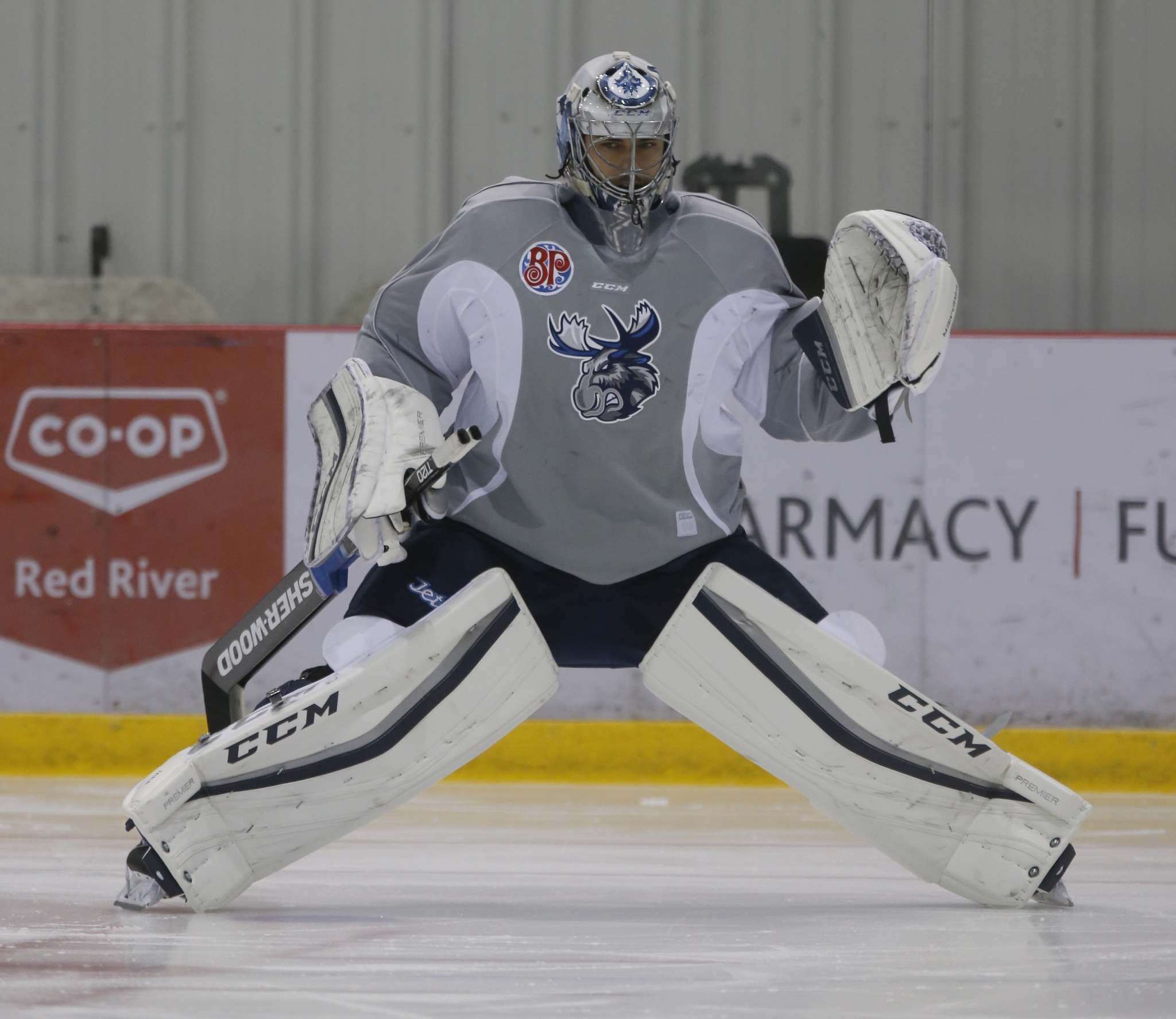