True North corrects blunder, but fans might not forget

No, it's never too late to do the right thing, but you wonder if the damage done by True North Sports and Entertainment's tone-deaf decision to hang its lowest-paid workers out to dry over the coronavirus shutdown will come back to bite the company.

No, it’s never too late to do the right thing, but you wonder if the damage done by True North Sports and Entertainment’s tone-deaf decision to hang its lowest-paid workers out to dry over the coronavirus shutdown will come back to bite the company.

If so, True North has nobody to blame but True North for socially distancing itself from a loyal fan base that pays the freight and even religiously chants its name during every rendition of O Canada at Bell MTS Place and beyond.

After taking a well-deserved public flogging for 72 hours since the original announcement — much of it aimed at wealthy co-owners David Thomson and Mark Chipman — the organization abruptly reversed course and apologized Sunday evening.

Approximately 1,050 part-time arena, theatre and store employees forced to miss shifts because the Winnipeg Jets and Manitoba Moose are on pause will be paid for their missed shifts after all, at least through the end of March.

Turns out a little shaming can go a long way.

The fact is, this was a massive PR blunder by those on the corporate side (separate from the team PR) that looked worse with seemingly every passing hour, as numerous other professional sports teams, and even individual athletes, stepped up to open their wallets. I know of full-time employees within the organization who were embarrassed by what their bosses were doing, but of course couldn’t speak out for fear of reprisal.

Many of the most vocal online critics clung to the seemingly icy way Chipman originally dealt with the question during Thursday’s hastily arranged news conference in Winnipeg, just hours after pro sports leagues across North America had indefinitely closed up shop.

Chipman’s “they work when we work,” comment didn’t exactly come across as sympathetic to those on the lowest rungs of the organizational ladder, especially considering the very same day it was announced that the out-of-work millionaire hockey players wouldn’t be missing any cheques.

Of course, the major difference is they have a strong union, while those working for barely above minimum wage selling popcorn and ushering fans to their seats, do not.

Despite all the blowback — which included profane rants, vows to not renew expiring season-ticket contracts and even one person starting up a GoFundMe page to raise money on behalf of workers — TNSE inexplicably doubled down on its original position in a letter sent to staff Saturday, signed by president and chief operating officer John Olfert.

In it, Olfert stated 97 per cent of their workers don’t rely on their part-time employment as the primary source of income, reaffirming they wouldn’t be paid. I’m not even sure how they would arrive at that figure, so take that with a somewhat self-serving shaker or two of salt.

As for the other three per cent, they made vague references to exploring other options to assist them without offering any details. The note also mentioned how quickly this all came together, which I took as giving themselves a bit of a potential excuse should they eventually reverse course.

Which, of course, is what ultimately happened.

To be fair, the Jets were the first team, as far as I can tell, to publicly state their plans Thursday. Perhaps the team expected all other clubs would follow their lead; instead, the opposite happened.

One by one, the Jets were increasingly looking like grinches while others played the role of Robin Hood. As of Sunday night, only the Ottawa Senators had yet to announce they would pitch in, and trust me, you don’t ever want to be mentioned in the same breath as Eugene Melnyk and the three-ring circus he’s running in the nation’s capital. Like Winnipeg, other teams such as Calgary also flip-flopped after coming under intense pressure from angry locals.

“We sincerely apologize for any concern our original position may have caused,” Sunday’s note from TNSE said. Once again the company cited the rather hurried nature of the Thursday news conference. Perhaps most telling is that Chipman’s name was now included, along with Olfert’s.

Oh, to be a fly on the wall within the organization to find out exactly how this all played out. I suspect a bit of crisis management was going on behind closed doors.

Part-time workers will now be paid in full for lost scheduled shifts through March 31 for all hockey and non-hockey events. In addition to Bell MTS Place, that includes staff who lose wages at Burton Cummings Theatre, the Iceplex, Jets Gear stores and the True North Youth Foundation.

As well, if the NHL and/or AHL seasons eventually resume and postponed games are played down the road, staff will get paid, essentially for a second time.

There are some who might argue TNSE is being singled out here, after all, aren’t there countless other employers in Manitoba and beyond who are going to have to reduce or even eliminate staff due to coronavirus and the impact on the economy? That would include Centerplate, which supplies food and beverages at Bell MTS Place and operates the concessions. Where’s the outrage when it doesn’t pay up for shifts that don’t get worked?

For one, True North is a company that has built its brand on a sense of family, of community and of loyalty. It has certainly done many good things to enrich lives in these parts with its altruistic endeavours, but by initially turning its back in a time of need on those who help keep the whole operation running smoothly, True North appears to be talking out of both sides of its mouth.

Then there’s the fact TNSE is heavily subsidized by taxpayers. According to city budget documents released just last week, the organization is slated to receive an estimated $14.8 million in operating subsidies and other forms of public assistance in 2019. In that sense, this is very much in the public interest.

Throw in the fact Thomson is Canada’s richest man, with a net worth of approximately US$38 billion, and it’s not a very good look, to say the least, especially with what’s happening around the sports world over the past few days.

Unfortunately, give the current state of COVID-19 in Canada and beyond, it could be weeks, or perhaps months, before teams such as the Jets hit the ice again. But when they eventually do at the downtown rink, I’ll be paying more attention than usual to what happens right after the, “We see thee rise” portion of the national anthem.

You wonder if the reaction from frustrated fans will be as muted as the one we initially saw from True North. 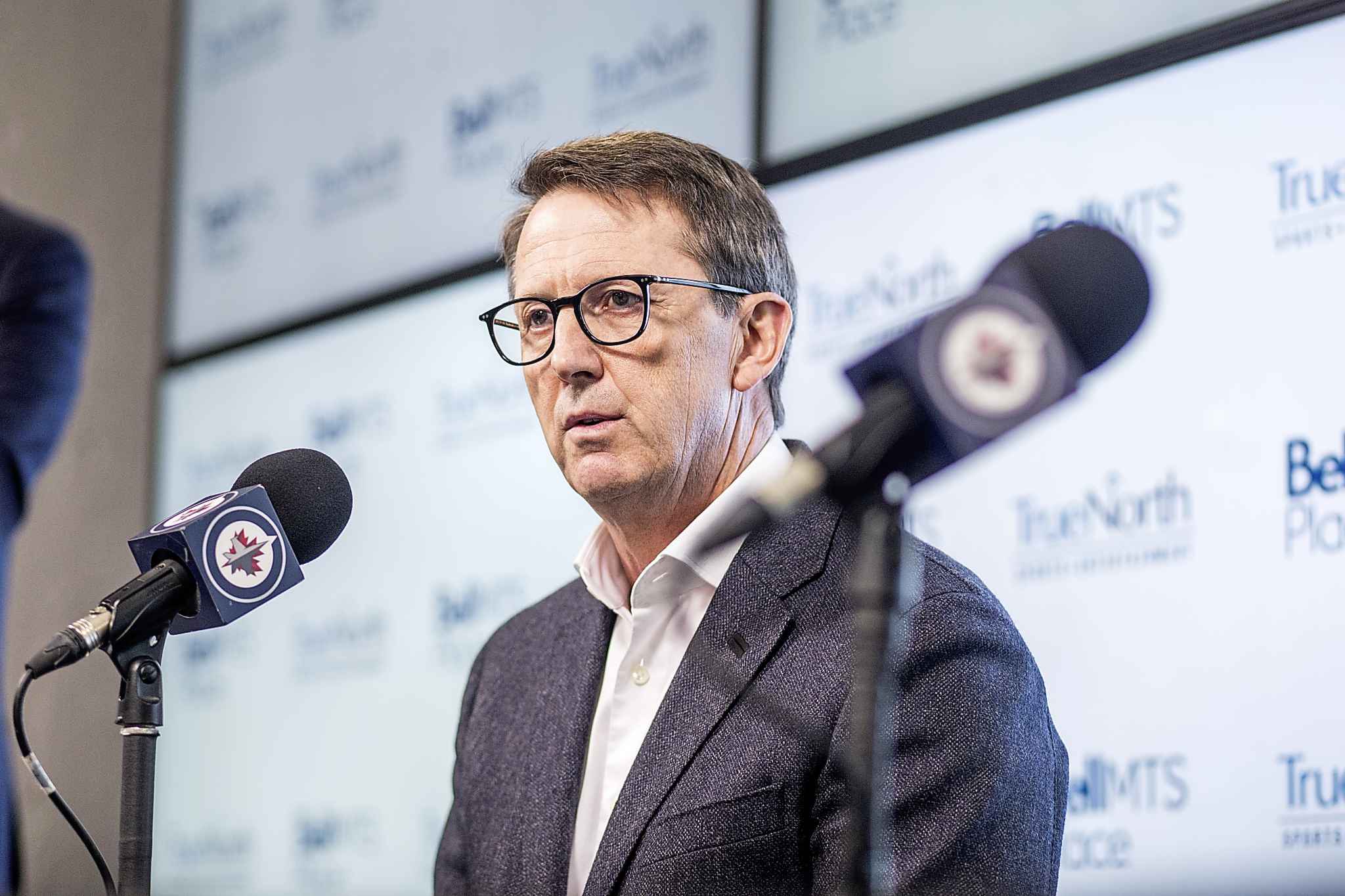