There was a moment late Thursday, just after the Winnipeg Blue Bombers took their first lead on the Montreal Alouettes with a 19-yard, fourth-quarter touchdown run by Brady Oliveira, when I began to write about yet another Blue and Gold victory.

There was a moment late Thursday, just after the Winnipeg Blue Bombers took their first lead on the Montreal Alouettes with a 19-yard, fourth-quarter touchdown run by Brady Oliveira, when I began to write about yet another Blue and Gold victory.

Not long after, the Alouettes forced quarterback Zach Collaros to fumble on the Bombers 38-yard line and promptly moved the ball down the field for a game-tying touchdown. What unfolded after that was bizarre — a pair of failed field-goal attempts by Winnipeg kicker Marc Liegghio, resulting in a 20-17 overtime win for the visitors in front of more than 31,000 fans at IG Field.

The Bombers now sit at 9-1 and remain atop the West Division standings as they head out for their first bye week of the season. For the Alouettes (3-6), now second in the lowly East, the victory should provide a significant boost in what’s been an otherwise disappointing season so far.

Let’s dive a bit deeper into this one, in the latest edition of 5 Takeaways.

I feel for the young kicker, who turned 25 in February and is in just his second year in the CFL. There’s no way he’ll escape criticism from fans and media after not only shanking a last-play, 32-yard field goal that would have sealed the win but also nailing the right upright on a 43-yarder in OT.

While Liegghio claimed to have quickly moved on, there’s little doubt he’ll be stewing over his performance for some time. He knows he should have made both kicks, and he must understand the damage done to the trust from his coaches, even if they’d never admit it publicly.

Which brings me to my second thought. The CFL, like all professional sports, is in the business of winning. And Liegghio proved Thursday he was unable to produce when the stakes were high.

He’s been given a ton of rope to get his kicking in order, and after being replaced by Sergio Castillo late last season, the Bombers opted to make him the go-to guy again this year. Although his punting has improved, Liegghio clearly can’t be counted on to make the shot when it matters.

2) I’m seeing a lot of reaction online wondering why the Bombers wouldn’t just get Liegghio to punt the ball through the end zone, resulting in a single-point rouge for the win. For what it’s worth, head coach Mike O’Shea said after the game that was never going to happen.

I get the logic behind the idea of punting, considering Liegghio has the longest registered punt among all CFL kickers this year at 74 yards, and I’m not saying I disagree. But I also feel it’s not as simple as that, and the argument is clearly being made through the benefit of hindsight.

First, asking your kicker to punt the ball instead of a routine 32-yard field goal is pretty embarrassing and shows a lack of trust, however warranted. It also contradicts the way O’Shea thinks, believing his players will execute 100 per cent of the time.

Punts are also fielded a few yards further back compared to field goals, and with the 20-yard end zone, Liegghio needed a 55-yard punt to make the distance. Add the fact there’s a player in the back of the end zone to field the ball, meaning the kick would have to be more like 65 yards to clear his grasp.

With the help of Twitter, there are a few examples of teams electing to take a punt over a field goal, only to fail on the ensuing kick. Saskatchewan’s Ken Miller made the mistake in 2010, while the B.C. Lions trotted out Hall-of-Fame kicker Paul McCallum in 2006, to the same negative result.

Both squads were criticized heavily for the decision, proving it only looks bad when you don’t execute — field goal or punt.

3) I’d argue that just as significant a turning point in the game was the offside penalty called on Donald Rutledge Jr. during a QB sneak by Dominique Davis late in the fourth quarter.

The flag came on Davis’ third attempt at punching the ball into the end zone, and had Rutledge not been called for a penalty it would have resulted in a turnover on downs and a massive shift in momentum in favour of the hosts. Instead, the Alouettes got a new set of downs and Davis punched in the game-tying score on the next play.

Bombers linebacker Adam Bighill lamented the penalty after the game, while also agreeing with the call. He alluded it to being a preventable mistake, something the team is conscious of when facing one-yard situations, adding it’s something he’s seen other teams do several times this season.

The penalty also overshadowed the questionable play-calling by Alouettes offensive co-ordinator Anthony Calvillo. Montreal had first-and-goal from the three-yard line and four times tried a QB sneak, without any sort of misdirection or decoy in the backfield.

4) It was a rough outing for the Winnipeg offence, with a particular focus on the play of the O-line. Considered the backbone of the Bombers attack, the front five struggled to limit a Montreal defensive line led by Almondo Sewell.

Sewell was a menace up the middle, picking on Bombers centre Chris Kolankowski and left guard Geoff Gray. That opened lanes for the rest of Montreal’s defensive push, which had Collaros running for his life seemingly all night. On five occasions, he couldn’t get away and was sacked.

Collaros was spectacular on Winnipeg’s first touchdown drive, delivering a 27-yard pass to Dalton Schoen in the end zone after escaping the pocket and throwing on the run. The reigning league MOP had a costly fumble on a promising drive in the fourth that had the Bombers already in field-goal position – points that likely would have clinched the game.

The Bombers pivot lost a fumble last week against the Alouettes in Montreal, while also throwing three interceptions. No one is blaming Collaros — now 26-3 as a starter in Winnipeg — for the loss, but the turnovers are a bit of a concern and will need to be cleaned up.

The run game was a bright spot, with Oliveira finishing with 84 of Winnipeg’s 118 yards on the ground, along with his third TD of the season. Schoen, whose eighth score of the year is tied with B.C.’s Dominique Rhymes for the most among CFL receivers, led the Bombers with 57 receiving yards.

5) Make no mistake, this loss is going to sting inside the locker room. The Bombers are at a point where they expect to win every game and when they don’t it’s a legitimate surprise to everyone on the team.

I’m hesitant to call any loss a positive, but you can make the argument that it’s better for the Bombers to have this feeling now than when it truly matters, like in the playoffs. While it might not be optimal heading into a bye week, it’s a reminder the margin for error in this league is slim.

The Bombers also deserve a ton of credit. They may have refused to acknowledge it but playing 10 straight weeks, including six on the road, is a tall task and one they handled admirably.

They deserve a break — to get away from the game and return refreshed for the last eight games of the season. If you would have asked the Bombers at the start of the year if they would have taken a 9-1 record over the most gruelling part of their schedule, they most definitely wouldn’t have been disappointed.

Bombers’ narrow defeat could be crucial kick in pants 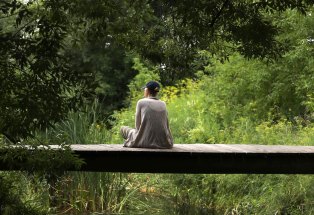 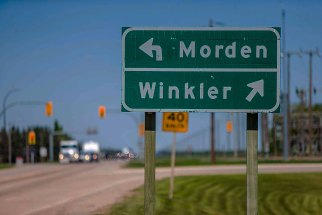 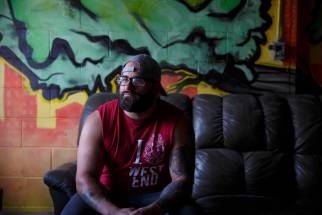 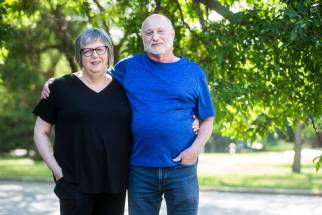 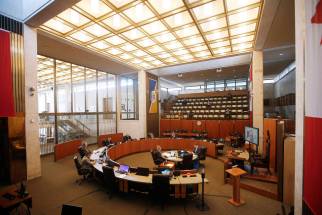 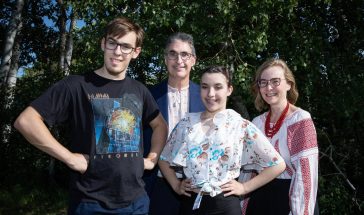 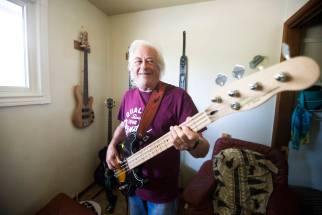 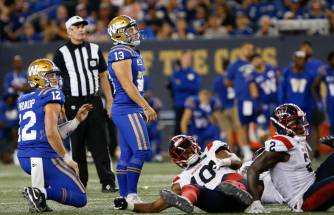 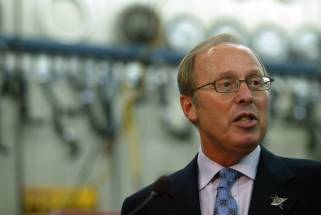