Premier Brian Pallister said a disruption in the supply of the Pfizer-BioNTech vaccine is a good example of why Manitoba has been slow and cautious in its COVID-19 immunization rollout.

Premier Brian Pallister said a disruption in the supply of the Pfizer-BioNTech vaccine is a good example of why Manitoba has been slow and cautious in its COVID-19 immunization rollout.

Government was prepared for this kind of bump in the road, he said.

However, according to the province’s own figures, Manitoba was falling behind its own vaccine schedule long before the Pfizer vaccine slowdown was announced.

Pfizer-BioNTech confirmed Friday it plans to delay some vaccine shipments (including to Canada) in the coming weeks to retool its manufacturing plants. Company officials said they expect to catch up by the end of March.

There are no details on how it will affect shipments to the provinces. But there will be a temporary reduction in doses.

Given how far behind Manitoba is in its immunization program, that slowdown may not make much of a difference.

But it does give the Pallister government political cover; the slower the shipments over the next few weeks, the easier it will be to catch up.

“I think this backs up our strategy,” Pallister said Friday. “Our vaccination team has focused a little less on trying to get good, short-term stats by rushing everything out and a little more on better, long-term protections by holding something back.”

Not exactly. The provincial government expressed confidence in the supply chain two weeks ago, announcing there was no longer any need to hold back 50 per cent of doses for followup booster shots.

“I think this backs up our strategy. Our vaccination team has focused a little less on trying to get good, short-term stats by rushing everything out and a little more on better, long-term protections by holding something back.”
– Premier Brian Pallister

Officials argued, rightly, there was enough certainty in the supply chain to rely on future shipments for second doses. They said they would maintain enough supply to meet demand for the following week. Beyond that, there was no plan to build up large inventories.

The province has fallen behind since then. The Pfizer delay buys time to catch up, while claiming plans were always in place for this. That’s why, late Friday, there was an announcement of a pause in new vaccination appointments (even though Pfizer shipments are still coming; there are just going to be fewer of them).

Pallister’s comments make for great political rhetoric, but they collide with the facts.

Manitoba has administered 13,539 doses of both the Pfizer and Moderna vaccines since the immunization program began in December. The total number of vaccines received to date is 38,890. If all 5,300 doses sent to First Nations earlier this month have been used, it means only 48 per cent of doses have been injected so far. Manitoba was scheduled to receive 7,400 doses of Moderna this week. If those doses have arrived (the province refuses to confirm when it receives shipments), only 41 per cent of doses have been administered. The rest are sitting in freezers.

Nowhere in the Pallister government’s vaccine rollout plan did it say the province planned to stockpile that much inventory in case of a supply disruption.

Part of the reason for Manitoba’s slow rollout is the delay in getting vaccines to residents of personal-care homes. The province had enough inventory to start that program in early January, but didn’t begin until Monday. In a pandemic, every day matters.

The plan is to immunize an estimated 9,834 care-home residents over 28 days. The target for the first week was 1,157, but the number has fallen well short. As of Thursday, only 281 residents had received injections.

Chief provincial public health officer Dr. Brent Roussin would not provide any explanation for the low number Friday, other than to say there will be more updates next week.

To meet the federal government’s original shipment estimates for January and February (which will now change), Manitoba would have to administer almost 2,400 doses a day.

But just 1,130 people, including care-home residents, were vaccinated between Wednesday and Friday.

The province just can’t seem to get this program off the ground. But now there’s an excuse.

It remains unclear when the Pfizer doses will be delayed, or by how much. But politically, this could be a blessing in disguise for the Pallister government. 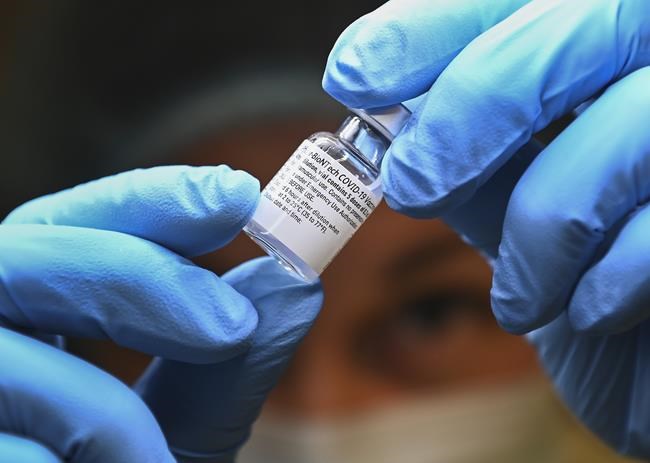 Up in arms Survey says… don’t waste our time