Chicken wire had to be erected on the ceiling to prevent chunks of concrete from falling onto desks at the Winnipeg Police Service headquarters, the latest in a string of problems related to the scandal-plagued building.

Chicken wire had to be erected on the ceiling to prevent chunks of concrete from falling onto desks at the Winnipeg Police Service headquarters, the latest in a string of problems related to the scandal-plagued building.

“You can put lipstick on a pig, but it is still a pig,” Moe Sabourin, president of the Winnipeg Police Association, said Tuesday. “The list of deficiencies is almost endless.

“I believe officers and staff are at risk every time they enter the building.”

“In addition, for security purposes, we limit information on projects in progress at WPS HQ,” she said.

Last week, Manitoba Court of Queen’s Bench Chief Justice Glenn Joyal ruled in a civil case that the city’s former chief administrative officer had accepted a $327,000 bribe from a construction company to win the building contract.

Problems began to emerge shortly after officers and support staff moved from the crumbling Public Safety Building into the newly renovated space on Graham Avenue.

The tyndall-stone cladding on the PSB’s facade had deteriorated to the extent that engineers concerned about the risk to pedestrians and other property had braces installed to secure the exterior and covered walkways were constructed on all four sides.

The city purchased the office building and warehouse from Canada Post in 2009 for $31.6 million. The entire cost of the purchase and renovation was $135 million, which reached $214 million by the time the doors opened — two years late — in 2015.

“You can put lipstick on a pig, but it is still a pig. The list of deficiencies is almost endless.”
– Moe Sabourin, president of the Winnipeg Police Association

In 2018, the city filed a statement of claim against Caspian Construction and Ottawa-based designer Adjeleian Allen Rubeli Ltd., which were hired by the city in 2011 to convert the structure into the police HQ.

The city had found a litany of deficiencies at that point, including a deteriorating structural slab, faulty or missing waterproofing, roof leaks and air-temperature issues. The city estimated the cost of rectifying the problems would be more than $10 million.

A separate claim was filed against former city CAO Phil Sheegl, individuals and companies involved in the project’s construction and several unnamed defendants referred to only as John Does.

Most of the defendants of that claim are still waiting for a court hearing, but last week Sheegl, who asked to be separated from the others in the case, was found to have accepted a bribe and is on the hook for $677,200, representing the $250,000 severance payment he received when he left the job, the $327,200 he received from Caspian Construction and $100,000 punitive damages.

Sabourin said Tuesday that on the fifth floor of the building, where the offices of the chief and deputy chiefs are located, scaffolding and tarps below are in place because thick ice formed on leaky windows is falling off in large pieces.

And other material is falling, as well.

“They are trying to fix the fire sprinkler system,” he said. “There are large pipes anchored into 50-year-old concrete, so the anchors have been pulling out of the ceiling.”

Chicken wire has been installed on some ceilings.

“Members would come in the next day and find a chunk of concrete had fallen on their desk,” he said, adding the gym is also located on the fifth floor.

“Not only can you hear the basketball being dribbled on the floor below, it is also knocking dust off from the ceiling.”

Sabourin said some floor areas of the two-level parking garage and the maintenance department have to be replaced.

“They took ground-penetrating radar and scoped out whole bunch of areas where vehicles are not to be parked,” he said.

“They’ll have to replace the whole floor there because they poured more concrete on top of (the existing post office floors) which didn’t do the trick.”

Showers and toilets in the building have leaked, damaging areas below, he said.

“There is a possibility of evidence being damaged by these incidents,” he said.

“I think there will continue to be problems at the HQ for years to come.”

Updated on Tuesday, March 22, 2022 9:24 PM CDT: Changes chicken wire used for concrete instead of sprinklers in deck and lead paragraph. 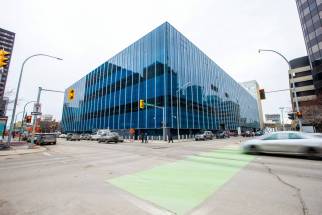 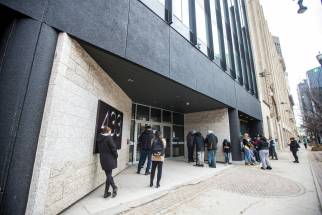 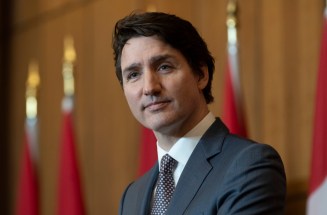 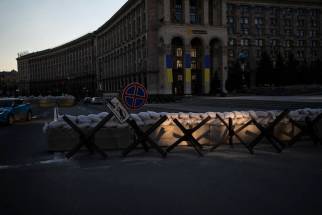 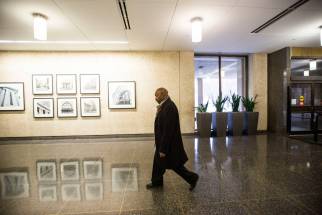 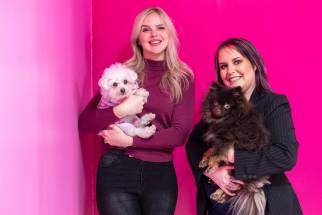 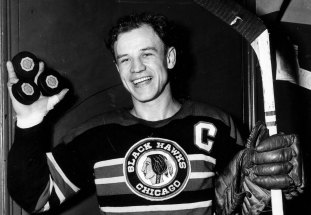 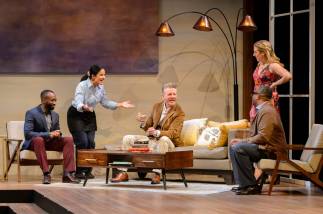