The probe by the province's police watchdog clearing three RCMP officers in a 2017 fatal shooting reveals dramatic details of a harrowing night, when a prisoner overpowered his police escort on the side of a rural highway and led a wild chase in a stolen van, before he was ultimately killed.

The probe by the province’s police watchdog clearing three RCMP officers in a 2017 fatal shooting reveals dramatic details of a harrowing night, when a prisoner overpowered his police escort on the side of a rural highway and led a wild chase in a stolen van, before he was ultimately killed.

From an officer firing his gun while fighting the prisoner in a snowy ditch, to witness officers fearing the man was going to run them down, to tactical team officers repeatedly yelling for him to show his hands before deciding they had no other options, the IIU report released Friday breaks down the escape and its final showdown.

The IIU sent its complete investigation file on the Nov. 15, 2017, police-shooting death of 18-year-old Bill Saunders of Eriksdale to Manitoba Prosecution Services.

It recommends no charges be laid against the three officers — none of who are named in the 12-page report — who fired their guns that night.

A prosecution spokeswoman said when matters are sent to Crown attorneys, the final decision is based solely on the evidence. “At all points in a prosecution — including the initial review for potential charges — the Crown is required to assess the reasonable likelihood of conviction and whether it’s in the public interest to proceed,” she said.

The scene at the ditch

The incident began Nov. 14, 2017, at 8:48 p.m., when an RCMP officer driving Saunders to Winnipeg from the Lundar detachment agreed to the man’s request to pull over to the side of Highway 6, near Woodlands, so he could relieve himself.

Saunders was in custody, accused of robbing a video lottery terminal worker on the Lake Manitoba First Nation, 170 kilometres northwest of Winnipeg.

The officer removed Saunders’ handcuffs, leaving his leg shackles on. When the young man got out of the van, he attacked the officer from behind. The pair grappled in the ditch, trading punches and eye-gouges, until the officer dropped his baton. Saunders picked it up and began striking the officer’s head while trying to choke him from behind.

The officer pulled out his gun and fired over his shoulder at Saunders. The pair fell to the ground, fighting to get control of the weapon.

“I do not know how many times I fired my pistol from this position, but believe I fired it more than once.”

The IIU report said nine shots were fired in the ditch before the pistol jammed.

Saunders stopped, making the officer believe one of the bullets had found its mark. The officer moved towards his radio, which was on the ground. Saunders then resumed the attack, and was finally successful in wresting away the gun.

Nine minutes after the fight began, Saunders asked if the keys were still in the van. Being told they were, he jumped in and drove north on the highway.

The scene at home

A large police operation was launched, with RCMP looking for Saunders, while others went to his parents home in Eriksdale, 140 km northwest of Winnipeg.

“I asked how he got here and he said he stole a vehicle and he grabbed a few things,” she said. “He said police had him up for manslaughter for 20 years. He said he would call me when he could.”

Saunders’ sister, Diane, said at the time: “He was covered in blood… there was so much blood, he was dripping. He couldn’t move his left arm.”

According to the IIU report, an officer who went to the home heard from a relative the wounded man had arrived around 10 p.m., threw some possessions in a duffle bag, and left saying police had shot him and they “had him for 20 years for manslaughter.”

The officer, realizing Saunders believed mistakenly he had killed the officer in the ditch, and seeing the home had “a high amount of firearms, safes and ammunition,” figured the man had armed himself.

Shortly before midnight, a lone officer in a cruiser spotted the stolen van on Provincial Trunk Highway 68, near Lake Manitoba First Nation.

After a high-speed chase through the community, Saunders lost control of the van and ended up stuck in a ditch along Provincial Road 417.

Under the legislation that created the IIU, police officers do not have to consent to being interviewed by its investigators nor provide the police watchdog with any notes or written statements, Independent Investigative Unit of Manitoba civilian director Zane Tessler says.

Tessler said Friday while the three officers involved in the shooting of Bill Saunders didn’t consent to interviews, they did give the IIU their notebooks, and each prepared written statements.

Under the legislation that created the IIU, police officers do not have to consent to being interviewed by its investigators nor provide the police watchdog with any notes or written statements, Independent Investigative Unit of Manitoba civilian director Zane Tessler says.

Tessler said Friday while the three officers involved in the shooting of Bill Saunders didn’t consent to interviews, they did give the IIU their notebooks, and each prepared written statements.

“They didn’t have to do that,” he said. “This is by legislation. It is there, and it has always been there.”

As part of the more-than-year-long investigation, IIU investigators looked at:

— Physical evidence seized from the two scenes and from the autopsy of Saunders;

— Listened to RCMP radio transmissions and watched video taken from inside police vehicles;

— Seized the firearms of all three officers;

The IIU had an expert in police use of force weigh in, and review the actions and tactics of the RCMP officers.

“I’m ultimately satisfied we did the most full and complete investigation,” Tessler said, adding the entire file will be before the judge conducting a future inquest into the death.

The officer radioed in he could shoot out the van’s rear tire in an attempt to disable it, but an RCMP commander told the officer to wait for the tactical team and police dog en route.

They arrived a couple of hours later, and, at about midnight, five heavily armed officers advanced on the van, which was being driven back and forth, in an effort to get out of the ditch. The officers repeatedly yelled at Saunders, whose driver’s-side window was down a few centimetres, to turn the van off and “Let me see your hands.” The man didn’t respond.

30 seconds later, as one of them is moving in front of the van, two RCMP officers fired at Saunders when the man stepped on the gas and reported his right hand going down to his side.

One of the two officers explained to the IIU in a written statement he knew earlier that evening “that a bullet from (an RCMP officer’s) gun wounded (Saunders).”

“I knew that for (Saunders) to continue his actions while injured and without giving up, that he was a goal-oriented individual who was going to continue fighting with police until arrested. I knew (Saunders) was not complying with police commands given to him while having multiple carbine rifles being pointed at him by ERT officers… I knew (Saunders) had a recent history of weapons offences and recent violent offences. I was also aware that (Saunders) had bear maced/pepper-sprayed a pregnant woman and had no boundaries for his level of violence that he, obviously, was willing to inflict on anyone at any time,” the statement said.

Saunders’ family said IIU representatives came to their house Thursday to go through the report before it was released to the public.

During a brief phone call Friday with a man who identified himself as the husband of Irene Saunders (Bill’s mother), when asked about what he thought of the IIU report’s conclusions, he said before hanging up: “It’s because they f—king lied, the f—king murdering bastards.”

Saunders’ sister, Rebecca, later admitted the family is still emotional about the incident and still have many questions.

“It is the outcome we were expecting,” she said. “It is what it is.

“We’ll have to wait until the inquest to ask the questions we have… You hear about 10-hour standoffs in Winnipeg and they give him 10 minutes? I feel there were more options they could have taken.”

She said she doesn’t know why her brother attacked the first officer, especially when the accusations he faced would have been dropped. She said RCMP have a video showing another man — not her brother — robbing the VLT worker.

“He could have stopped; he had control of the situation. He could have taken a pee, got back in, and got to court. He could still be alive,” his sister said. “At the end of the day, we’re all responsible for our actions.

“Will we ever have closure? I don’t know.”

No need to second-guess police in fatal shooting: inquest judge 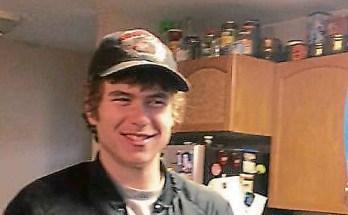 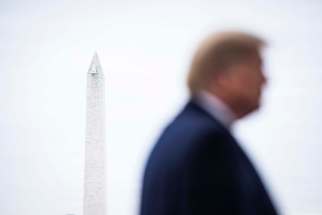 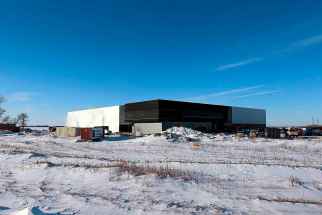 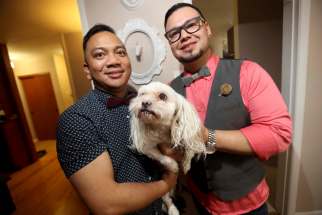 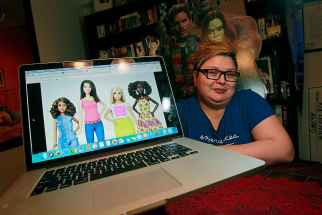 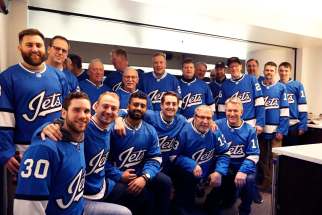 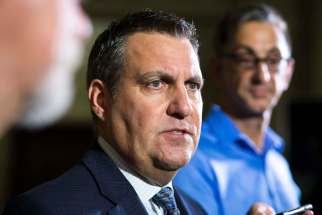 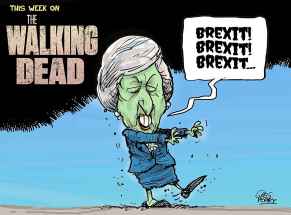