Andrew Podolecki, Browaty’s lone challenger, was running against the councillor for the third time in the north Winnipeg ward. He finished the race a distant second with 27 per cent support, a five per cent increase from 2018’s election.

Browaty has already served 16 years on council, filling roles on numerous committees, including sitting in the mayor’s inner circle as a member of the executive policy committee. He is currently council’s finance chairman.

Browaty counts road maintenance as a top priority and has spoken out against imposing large tax increases. He suggests the city refocus its priorities on key municipal responsibilities; ideas he’s floated include not expanding recreational services and not spending city money on items that fall primarily under provincial jurisdiction, such as housing.

For his part, Podolecki, pledged to maintain funding for road repairs and identified recreational services as his top priority. He also supported drastic reductions in transit fares,  suggesting the city should charge residents $1 per ride and provide the service free of charge for minors and seniors. He’d wanted to cap property taxes at five per cent per year and introduce a citywide compost program.

— With files from Sheldon Birnie 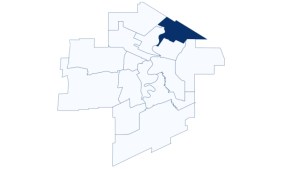