Transcona welcomed back its former councillor with open arms on election night, with Russ Wyatt retaking the city hall seat he held for 16 years from incumbent Shawn Nason.

According to City of Winnipeg website numbers, Wyatt ended the night with just over 46 per cent of the vote, with Nason (who held the seat from 2018-22) collecting just under 39 per cent. Steve Lipischak and Wally Welechenko were a distant third and fourth, respectively.

Wyatt’s entrance at Transcona restaurant Dal’s, where supporters had gathered Wednesday night to watch the vote result come in, was met with raucous cheers. He started his victory speech by asking that the crowd sing Happy Birthday to the 13-year-old son of a supporter, complete with a cake and candles.

His thank-you speech, surrounded by family and friends, was an emotional one.

“It’s been a very humbling experience to be able to come back into public life and to serve the community,” he said. “I’ve been born and raised in this community… and there’s been tough times. But the key thing is that there’s always an end to the storm, and there’s always light, and you have to go toward the light.”

Wyatt, 52, did not run in the 2018 election, after going on medical leave for nine months to receive treatment for addictions, which he said was successful. In 2018, he was charged with sexual assault; in 2019, the charge was stayed. He maintained his innocence throughout.

On Wednesday, Wyatt said he regretted not getting his day in court.

“I don’t think I’ll be able to maybe ever convince (some) folks, but I will do my job as a councillor, as I always have in the past and always will in the future. working hard for the folks,” he said.

Just minutes away, Nason’s campaign office was a quieter affair.

Nason said he was taking the loss well, and said he believed it was a matter of Wyatt’s long history in the position.

“He had 16 years as councillor prior, people obviously have forgotten some of the last couple of years of his term,” he said. “I’m hopeful that he’s past that.”

Nason said he was proud of his team for running a “clean, honest campaign” that didn’t focus on Wyatt’s controversies.

“We could have gone down in the muck… We chose not to go that route,” he said. “Transcona has spoken, and we’ll have to respect the votes of Transcona.”

Wyatt said he had chosen to run again in hopes of bringing forward several projects to Transcona, including a public market for locally-grown food and the Edward Schreyer Parkway, which would connect Chief Peguis Trail and Plessis Road. He also pledged to move forward with the East of the Red Rec Plex on Transcona Boulevard.

Nason made similar promises. Both said they want to see increased police presence in the ward, with Wyatt pledging to advocate that council “defend, not defund” the Winnipeg Police Service. 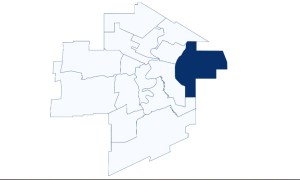