Brian Mayes will renew his tenure as councillor for St. Vital, Winnipeg’s most populous ward.

Mayes took 83 per cent of the popular vote, while his closest contender, Derrick Dujlovic, trailed with a distant 11 per cent.

Mayes has been widely supported in the last two elections, winning the 2018 election with 89 per cent support.

First elected in a 2011 byelection, Mayes has filled numerous roles, including sitting on the EPC, water and waste committee and Winnipeg Police Board. Mayes resigned from the police board in March, deeming its relationship with city council “dysfunctional” and citing arguments over its ability to oversee the Winnipeg Police Service.

“It’s been a good run for me. Almost 11 years now. But there are still things I want to accomplish,” Mayes said earlier in the campaign.

Potholes, homelessness and the development of a community centre in Sage Creek are Mayes’ top priorities.

— With files from Katlyn Streilein 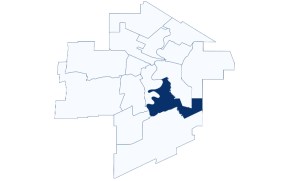